Stewards Take No Action Against Lezcano 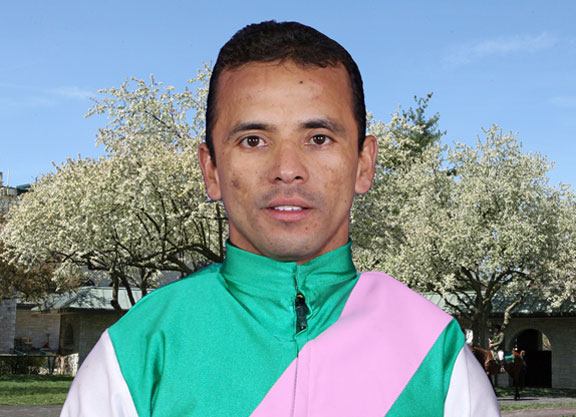 The NYRA stewards have decided not to take action against Jose Lezcano for his controversial ride aboard Foxtail (Mizzen Mast) in last Sunday's first race at Aqueduct.

Lezcano's mount lost the race by a neck after what the chart caller described as, “the rider took a peak behind him at the five-sixteenths, took the advantage while the rider took five more looks to his inside into upper stretch, was asked while surprised by the presence of the winner to her outside at the three-sixteenths then lost the advantage, kept on under a drive while fighting inside that foe in the final furlong and just missed while clear for the place.”

The ride prompted outrage on social media and that evening NYRA released a statement that Lezcano would meet with the stewards for a formal film review Friday.

“Following a formal film review of Sunday's opening race at Aqueduct Racetrack, the Board of Stewards will take no action against jockey Jose Lezcano for his ride aboard Foxtail,” said Patrick McKenna, NYRA's Vice President of Communications. “The matter remains under ongoing review.”