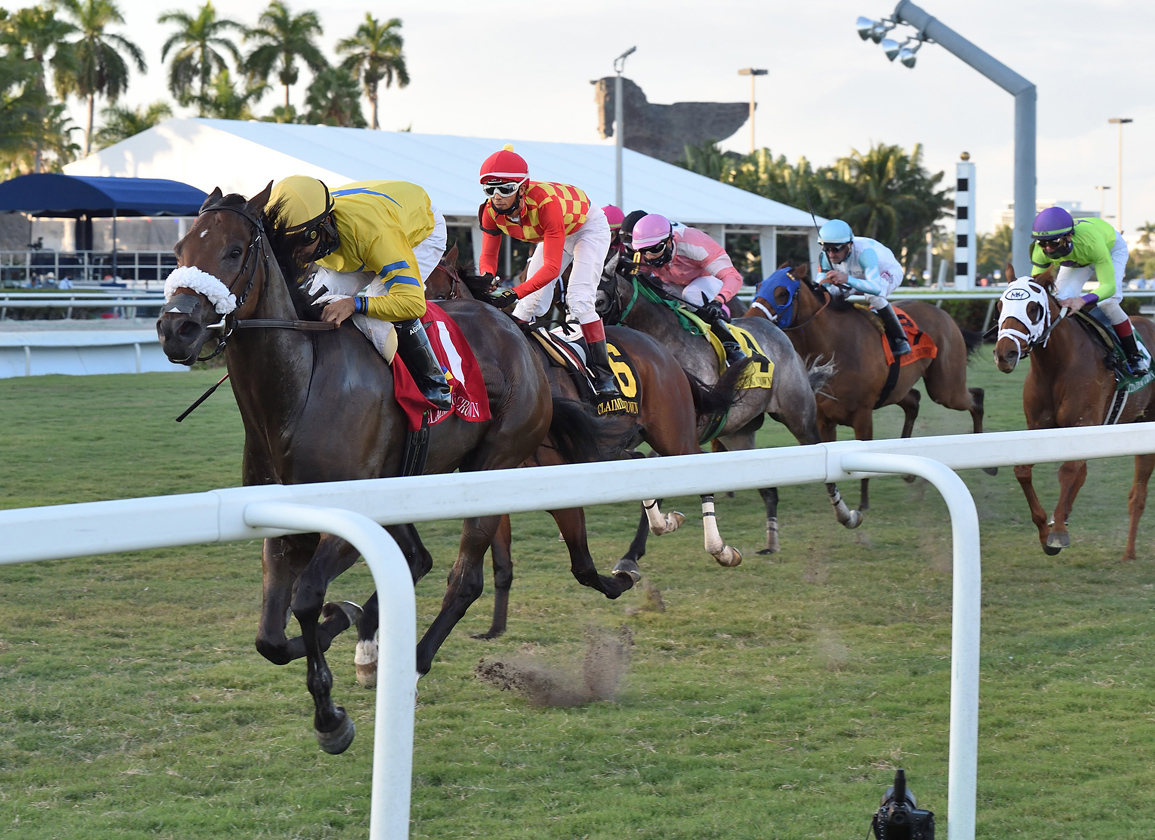 Fiya (Friesan Fire), who fetched $400,000 during the 2020 Wanamaker's July Sale before going on to become a stakes winner, was euthanized Saturday after suffering a catastophic injury to his right hind leg. Daily Racing Form was first to report the news.

Bred by Ann Merryman, Fiya raced for The Orebanks and was trained by Michael Merryman for his first four starts, winning his maiden at third asking and a Laurel allowance before being purchased by owner Robert Masiello. Fiya rattled off three more victories last season, winning the Maryland Million Turf Sprint H. in October and the Claiming Crown Canterbury S. (non black-type) in December. In a pair of appearances this term, Fiya was 11th in the GII Turf Sprint S. at Churchill Apr. 30 and the head winner of a Independence Day allowance at Belmont Park. He was prepping for a start in next Friday's GIII Troy S. when the accident occurred.

“It's with a very heavy heart that I share this news about Fiya,” Masiello tweeted. “He was an incredibly special horse to me and my friends and family.”