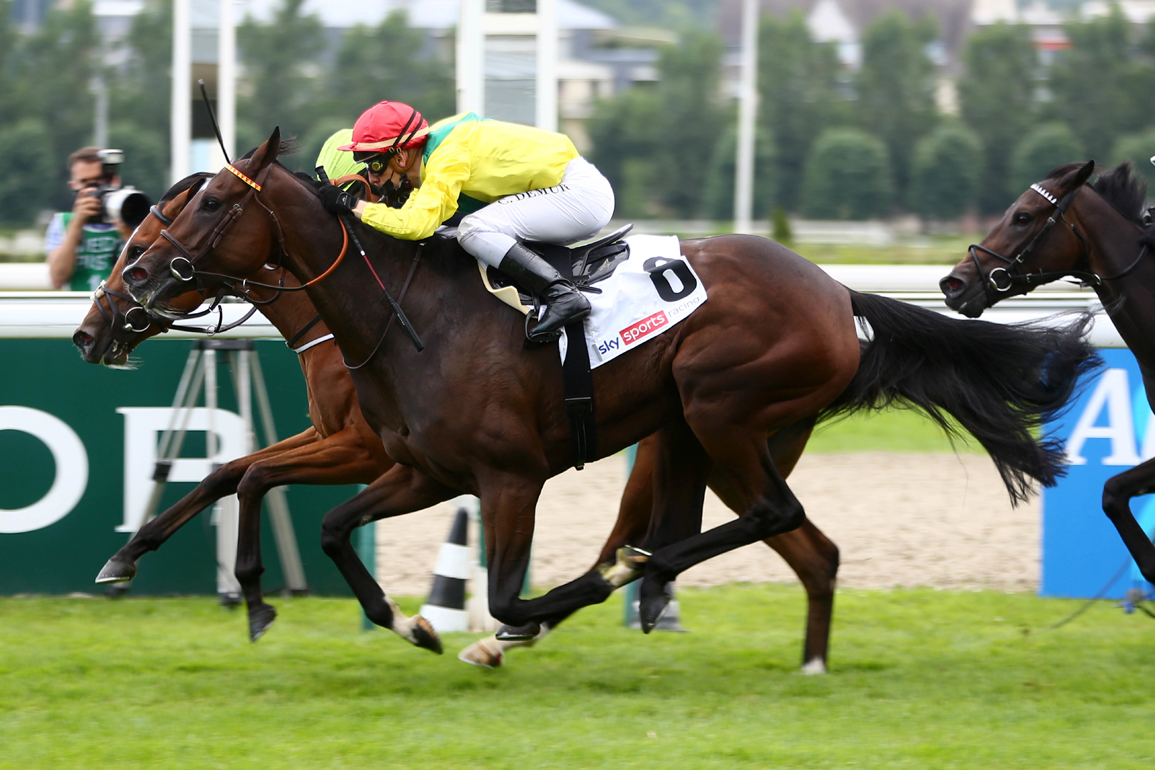 The Arqana Arc Sale, staged each year on the evening preceding ParisLongchamp's Prix de l'Arc de Triomphe card, has become a market leader among horses in training sales that offer a quick return on investment, and on Saturday horsepeople in Paris for the Arc will have the opportunity to head to Saint-Cloud Racecourse and make a bid on 40 horses with proven form, some of which have entries on Sunday's big card. Buyers have a chance, then, to source the next Lily's Candle (Fr); bought by Martin Schwartz through Oceanic Bloodstock for €390,000 at the 2018 Arc Sale, Lily's Candle defied odds of 28-1 to win the G1 Prix Marcel Boussac the very next day, and two months later was sold on once again to Katsumi Yoshida for €1.1-million at Arqana's December Sale. And even if the return isn't quite so immediate, horses like Coeursamba (Fr) (The Wow Signal {Ire})-bought for €400,000 at last year's sale before winning the 2021 G1 Poule d'Essai des Pouliches-show why owners have to have the Arc Sale on their radar. Sourced even more affordably from the Arc Sale were Devamani (Fr) (Dubawi {Ire}) and Stunning Spirit (GB) (Invincible Spirit {Ire}), who each sold for €65,000 before going on to graded/group race success.

The catalogue boasts a particularly strong offering of 3-year-olds, and among those with Sunday entries at Longchamp are Penja (Fr) (Camelot {GB}) (lot 11) and Colosseo (Street Boss) (lot 38). Penja won conditions races at Deauville and Chantilly this season before returning to Deauville to take the 2000 metre G3 Prix de Psyche in August for trainer Jean-Claude Rouget, and she finished second by a nose in the Aug. 21 Prix de la Nonette. She has been declared for the G1 Prix de l'Opera.

The top three finishers of the one-mile Prix Daphnis are in fact catalogued for the Arc Sale, including the progressive winner Bellharbour Music (Mshawish) (lot 37), and the runner-up Partenit (Fr) (Invincible Spirit {Ire}) (lot 26), who was making just his second start at Deauville.

The Aga Khan Studs sold Devamani at this sale, and they bring what will be a coveted offering in 3-year-old colt Saiyabad (Blame) (lot 32). Rated 111, Saiyabad won his first three starts this spring before finishing fourth in the G1 Prix du Jockey Club. After a summer holiday, he won the G3 Prix du Prince d'Orange on Sept. 5 and could have a major update by Saturday evening, as he is set to contest Saturday's G2 Prix Dollar at ParisLongchamp. Adhamo (Ire) (Intello {Ger}) (lot 4) won the G3 Prix la Force over a mile and one in the spring and has since been placed in the G2 Prix Eugene Adam. This year's G3 Premio Parioli (Italian 2000 Guineas) winner Fayathaan (Ire) (Mehmas {Ire}) is offered as (lot 41)

Selling gets underway at Saint-Cloud at 6:30 p.m.