Sports Wagering: Is California Next? 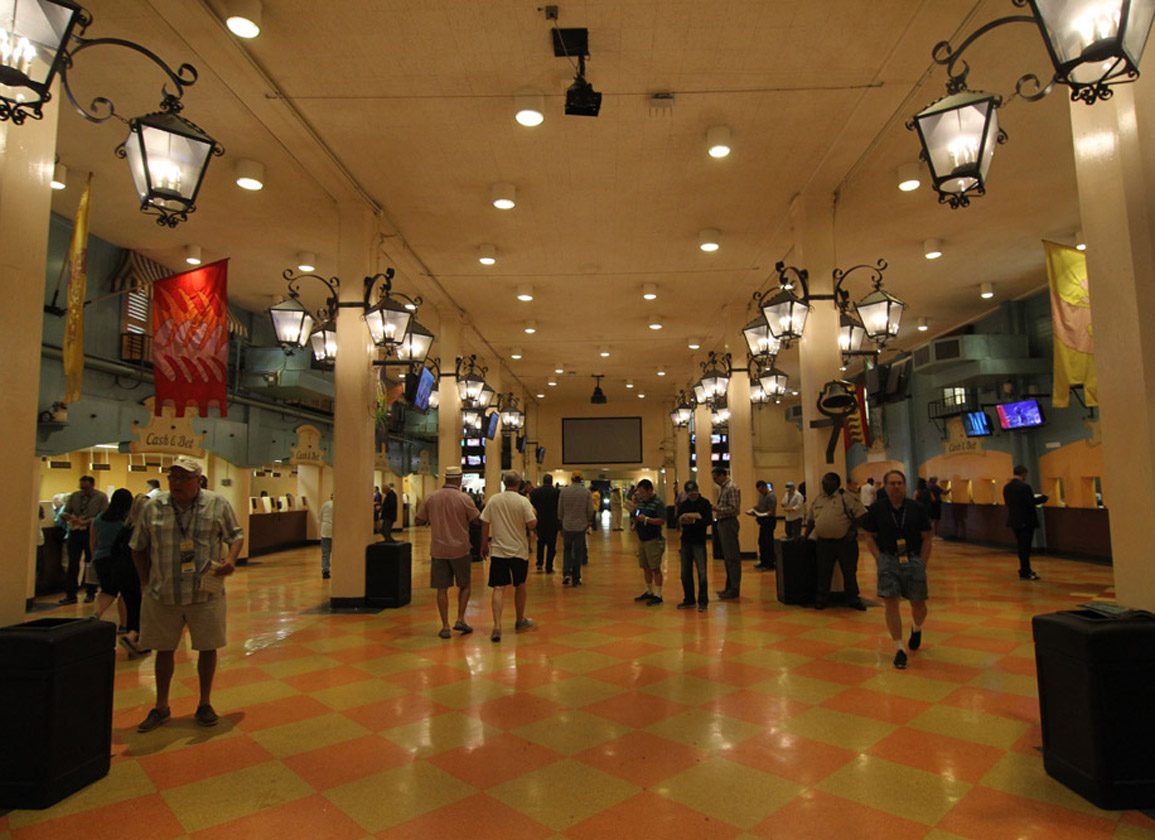 Like fast-falling dominoes, the 2018 Supreme Court decision flinging open the legal doors to sports betting has already led to 30 states allowing some form of this gambling, and now it's California's turn to potentially join the party, with two such initiatives on the state ballot this November.

The first is Proposition 26, an initiative called the Tribal Sports Wagering Act spearheaded by American Tribes which, in short, would allow sports wagering at Tribal casinos and at approved racetracks in California. Most crucially, it still prohibits mobile or on-line wagering on sports events.

The second, Proposition 27, is the California Solutions to Homelessness and Mental Health Act led by titans of the online betting market like FanDuel and Draftkings. In summary, this measure would legalize online or mobile sports betting outside of Native American lands, though still leave legal avenues for Tribes to participate in the market.

A side-by-side comparison of the two measures can be found at CalMatters.

But will they benefit California racing?

While the Tribal initiative holds obvious appeal for the sport, the other online measure has some key industry stakeholders divided.

According to Thoroughbred Owners of California (TOC) vice chairman, Bob Liewald–who explained he was speaking independently rather than for all TOC members–successful passage for either initiative would be of significant benefit to the industry, both financially and in terms of corralling new customers to the sport.

“It's hard to project but it's millions of dollars. Minimum $10 to $15 million in purse money each year,” said Liewald about the potential revenues that each initiative could generate for the sport annually.

These projections, Liewald said, are based on sports wagering revenues at other states like New Jersey, where Meadowlands has seen a 30% increase in per-card handle figures since the advent of sports wagering, along with a governmental program to subsidize the Thoroughbred and Standardbred industries.

In the online initiative, bettors must be in California but not on Tribal lands. The measure does, however, offer federally recognized Tribes and eligible businesses the opportunity to reach agreements with online sports wagering companies. 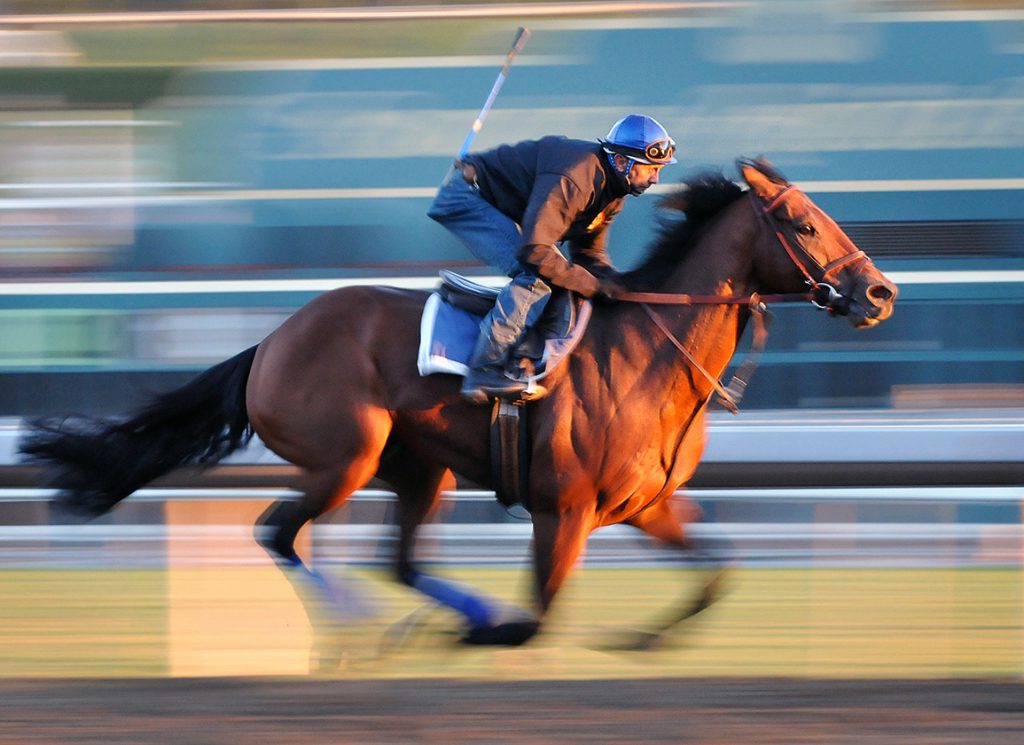 This means that, should Prop. 27 succeed, then companies like FanDuel, Draftkings and BetMGM could contract with the racetracks directly, said Liewald.

“There are at least a dozen different companies out there that want to get a license and do this, and do it exclusively with one of the racetracks. So, all of the racetracks are going to benefit from this,” said Liewald.

Depending on negotiations, such agreements could include brick and mortar locations within or outside the track (but still on the racetrack property), potentially open throughout the year, with revenues shared between the operator and the track itself, he said.

“It's going to be very powerful” for the racing industry, Liewald added. “Horse racing is never going to get monies from the state or from the casinos. This is our last lifeline, and it's extremely important to us.”

But Scott Daruty, president of Monarch Content Management, the arm of The Stronach Group (TSG) tasked with distributing the company's signal, argues that the online measure wouldn't offer the industry any meaningful financial boost.

“What it's going to do is take all of the revenue generated by sports wagering by the state of California and it's going to send it to out-of-state casino interests,” said Daruty, of Prop. 27.

Indeed, the initiative is written so that, in order to operate sports wagering in the state, the entity must either be licensed to operate betting in at least 10 different states, or licensed in at least five states just so long as the company also operates at least 12 casinos nationally.

“There's nothing in Prop. 27 that would help generate any money for the racing industry, for purses, for all the employees at the racetracks or the racetrack facilities themselves,” said Daruty.

On the other hand, TSG is “very supportive” of Prop. 26, said Daruty. “We think it'll be very beneficial for the industry, and also for the Tribal proponents for whom we're partners,” he said, adding that it's too soon to make any potential revenue projections should it pass.

“That would all depend on commercial arrangements that are negotiated after the passage,” he said. “But we can say that it'll be good for live racing, it'll help support all the employees we have at our tracks, it'll help support racing overall. And we're very hopeful it passes.” 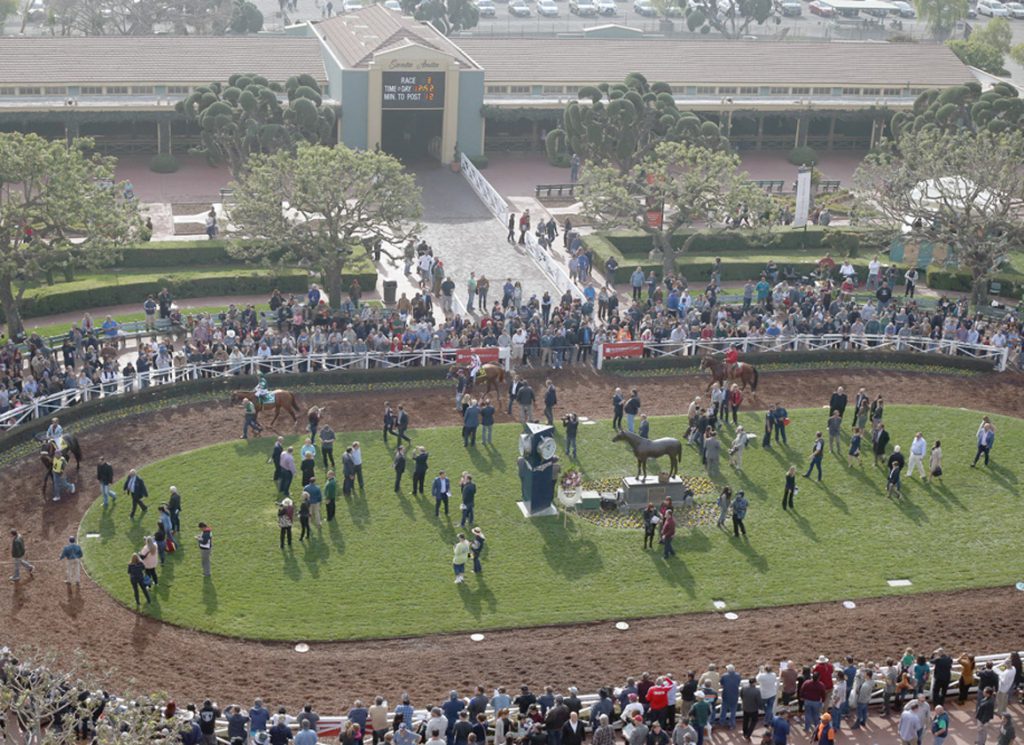 When asked about the financial benefit sports wagering has had for the racing industries in other jurisdictions, Daruty responded that, in those instances, the sport had a “seat” at the table.

“That seat has either been through receiving a license to operate sports wagering, or in the form of subsidies paid either to the racetracks or to the purse account–those subsidies being generated by the sports wagering,” said Daruty. “Prop. 27 does none of that.”

These two initiatives are expected to generate a big-spending sibling rivalry, potentially the largest the state and nation has witnessed.

“We will run a vigorous campaign against this measure and are confident the voters will see through the deceptive promises being made by these out-of-state gambling corporations,” Cody Martinez, chairman of the Sycuan Band of the Kumeyaay Nation, said about Prop. 27.

And Tribal groups have already made good on that promise, kickstarting a campaign against the rival ballot measure months in advance of the actual vote.

“It will be the biggest campaign spend in the history of United States ballot initiatives, not just California,” said Daniel Wallach, a Florida-based attorney and expert in sports wagering. “The largest was last year, on Proposition 22, which sought to classify Uber, Lyft and these ride-share drivers as employees instead of contractors.”

The online initiative has a potentially appealing selling hook to the voting public of a state gripped by a housing crisis: the bulk of the monies generated though a 10% tax will go toward tackling homelessness, including the creation of interim and permanent housing.

This partly explains why Wallach believes the online initiative stands the greatest chance of polling highest. “At least at this stage,” he said. “We're still early in the game.”

There's also the prospect both initiatives will garner enough votes in November to succeed. 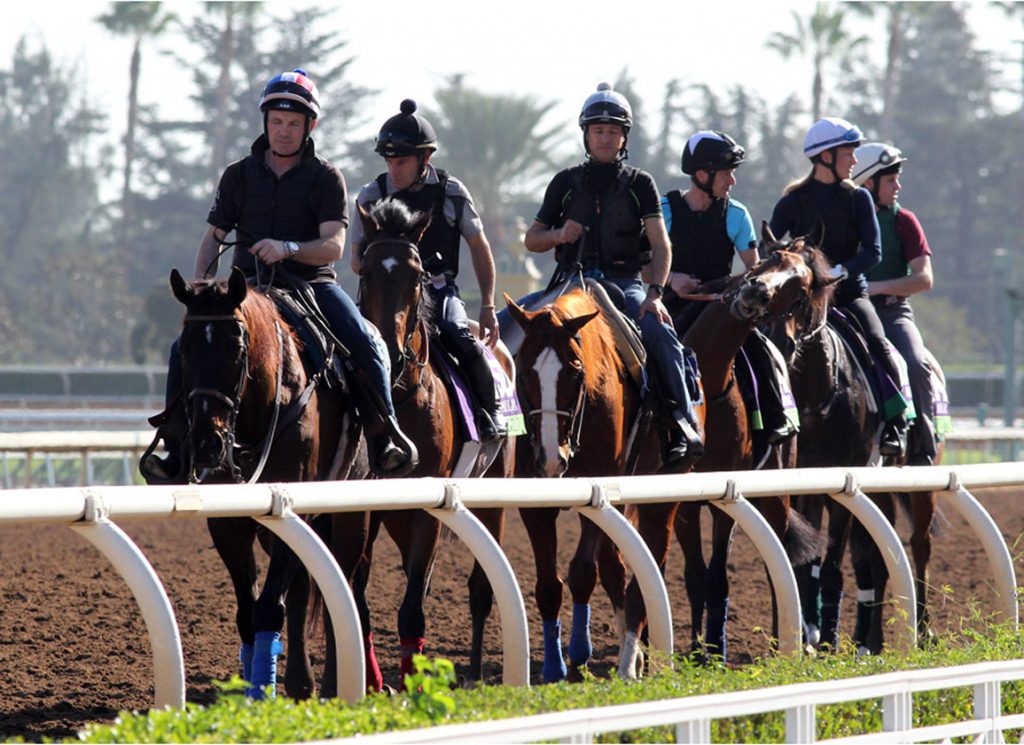 “It's likely both could be enacted into law,” said Wallach, who added that in which case, there's no ostensible conflicts of interest between the two measures precluding them from co-existing.

“Neither initiative in the sports betting realm speaks to the other or negates the other,” he said. “They were proposed more than a year apart from one another, and they're not being presented as an either/or initiative, unlike past cases which have been litigated.”

Nevertheless, in the event both measures succeed, if Prop. 26 polls higher, Tribal organizations might still employ legal means to prevent the rival online initiative from going into effect.

“I still think they could co-exist, but the Tribes are probably going to take a different position,” Wallach said. In this event, “no one could say with any certainty how this would play out.”

Another possibility is that the voting public, faced with two competing initiatives on the same ballot, might throw their hands up in confusion and vote both of them down.

“Conventional wisdom is that when you have two or more initiatives around similar subject matter, it presents confusion to the voters. But what could be confusing about online and retail? They're different distribution channels for wagering,” said Wallach.

That said, “everything about this is so speculative,” he added. “We're still about four months out. We can hypothesize different scenarios, but it's still too early in the process to forecast or predict which one's going to come in first or second, or whether they both pass or they both fail.”