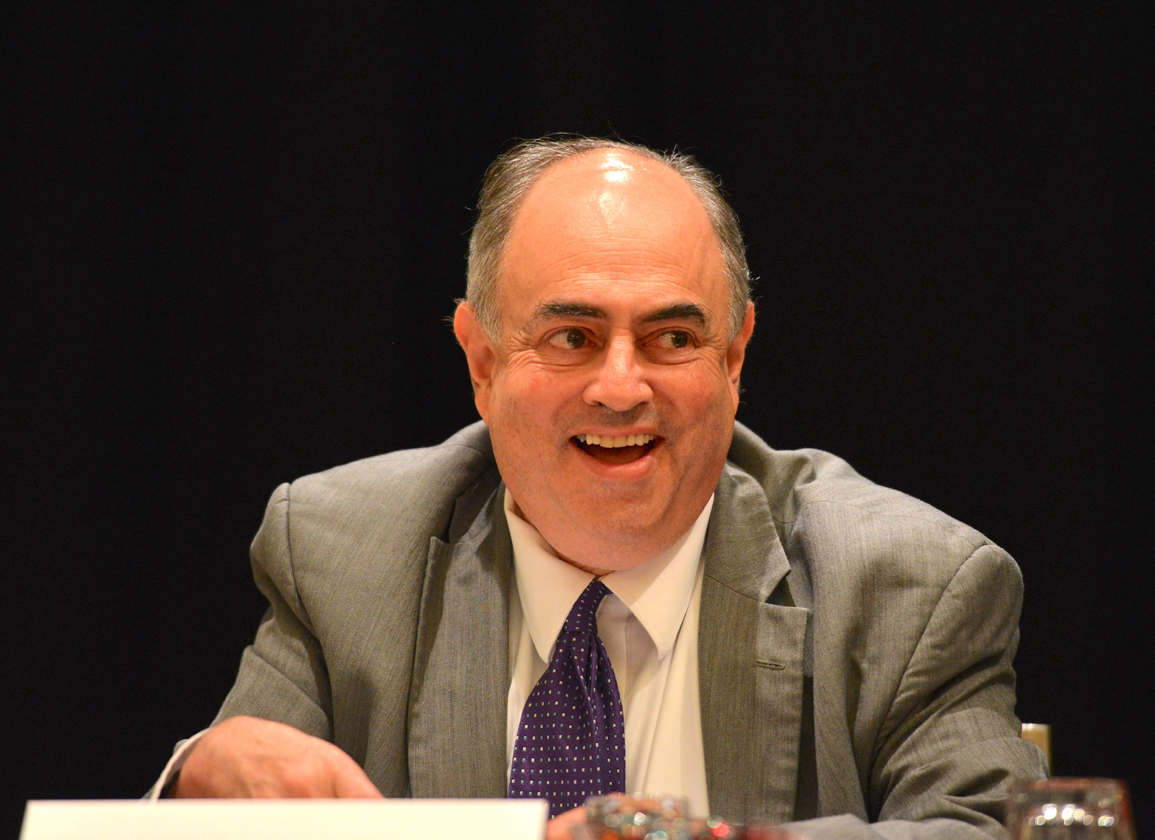 SARATOGA SPRINGS, NY-To hear some, the Horse Racing Integrity and Safety Act (HISA) is badly needed legislation that will right the ship for an industry that has gone badly off course when it comes to issues of horse safety, integrity and illegal drugs. To others, it is another example of big government wading into a sport where it doesn't belong, which will ultimately cause horse racing a lot more problems than it solves.

There was little middle ground Monday as the HISA issue dominated day one of the Racing and Gaming Conference at Saratoga, which featured more than a dozen panelists tackling a number of subjects ranging from HISA to the threat of decoupling to how pari-mutuel wagering will be affected by the advent of sports betting.

The HISA debate began with a panel that included Alan Foreman, the chairman and CEO of the Thoroughbred Horsemen's Association, and Patrick Cummings, the executive director of the Thoroughbred Idea Foundation. Both spoke of a broken industry plagued by scandal and in need of reform.

“We lost the narrative,” Foreman said. “The public no longer accepted that we were doing right by our horses. We had the breakdowns at Santa Anita and then the Servis and Navarro indictments and then the betamethasone issue in the Derby. The hits kept coming. We simply can't overcome the notion that we aren't doing right by our horses, whether it's safety and welfare or medication. You have the Washington Post and the New York Times questioning why the sport is allowed to continue to operate. We have a responsibility to fix this and we've seen that we can't do it voluntarily. (HISA) is a once-in-a lifetime opportunity to fix this problem and change the narrative and to save a majestic place like Saratoga and all our other venues around the country. HISA is not perfect. But you can't let the perfect get in the way of the good.”

The counter-argument was provided by Chris Kannady, an attorney who represents the Thoroughbred Racing Association of Oklahoma, which is among a number of organizations seeking to shoot down HISA in the courts based on the argument that it is unconstitutional. With Russell Williams, the president and CEO of the United States Trotting Association, missing the conference because of travel problems, Kannady was the only panelist left for a group talk related to the legal challenges to HISA, but he had no problem getting his side's point across. Kannady brought forth a number of objections, among them how HISA, because of how it may be funded, will be a much bigger problem for horsemen racing at lesser tracks versus their counterparts in New York, Kentucky, Florida and California. It is believed that HISA will be funded by a per-start fee that must be paid any time an owner runs a horse.

“We need to have a heathy debate as to what this is going to do to the industry, and when I say industry I mean everybody, every single person,” said Kannady, who is also a member of the Oklahoma House of Representatives. “Going down to the lowest level, what is involved and what is the cost to each individual person that is involved in the process? When it comes down to finding the funding, they say we will find a way. What that way is is to go to the tip of the spear, the people involved in the racing industry and tax them in order to fund this process. What that's going to do is decimate the industry, especially in some of the smaller states, like Nebraska, Louisiana, Oklahoma and West Virginia.”

Kannady concluded with a warning: “This is about us as individuals taking control of the situation and making sure our industry isn't wrecked.”

NYRA CEO and President David O'Rourke had a different take.

“Our moral obligation is to protect the horse,” he said in response to Kannady. “What tools do we have at our disposal for that? Throughout my career, this has been one of the more frustrating aspects of this job. To protect the horse, that is the intention of this bill. I don't think it is political. It's more a matter of what are we doing to protect these athletes on a national basis. Whether this is constitutional or not, we have to consider what business we are in, what we are trying to do and what is the public perception of our sport? It's as simple as that. If you want to burn down the house and fight this for the next 10 years, remember that we are all here to protect the animal. If we can't do that, we should not be in this business.”

HISA is set to be implemented July 1, 2022, which Kannady said is unlikely to happen. He wasn't alone.  Moderator Bennett Liebman brought up several hurdles HISA must clear before it can become a reality. He noted that, when it comes to HISA, there are many details yet to be worked out, which won't happen overnight.

“The problems with this bill are absolutely enormous,” he said. “It's going to take an incredible amount of work by the Authority to make this work, that's if it survives the court challenges. It is absolutely daunting.”

Liebman brought up the possibility that HISA's constitutionality may ultimately be decided by the Supreme Court.

Focusing on the legal challenges, Kannady painted a picture where, even if the pro-HISA side prevails in court, it may take years for the bill to go into effect.

“I don't know how long it might take,” he said. “But we do know how slow the court process is, especially with how COVID got the courts backed up. We are less than a year out from implementation and have multiple jurisdictions involved with legal challenges. We're just at the district-level process. If it goes through the appellate process, and it could even go the Supreme Court, that would mean this could take years.”

O'Rourke opened the conference, celebrating the return of fans to Saratoga and going over some of the issues NYRA will face in the coming years. He addressed sports betting, which he believes NYRA can benefit from if it can incorporate its product with websites taking bets on the major sports.

“With sports betting, you literally have every other sport on these platforms,” he said. “Putting racing side by side with that would be a winning combination. It opens up our customer base, 10x, 20x. It's an incredible opportunity and we look forward to that. We believe pari-mutuels and fixed odds can exist side by side.”

On the subject of the future of the two downstate tracks, O'Rourke said changes are in order.

“Ultimately, one would argue that with two tracks that are eight miles apart, consolidating to one facility is a logical economic approach,” he said.

O'Rourke added that Belmont would have to be winterized should it become the only remaining track in the New York City area. If NYRA decides to go in that direction, he said the possibility exists that Belmont could be torn down and rebuilt.