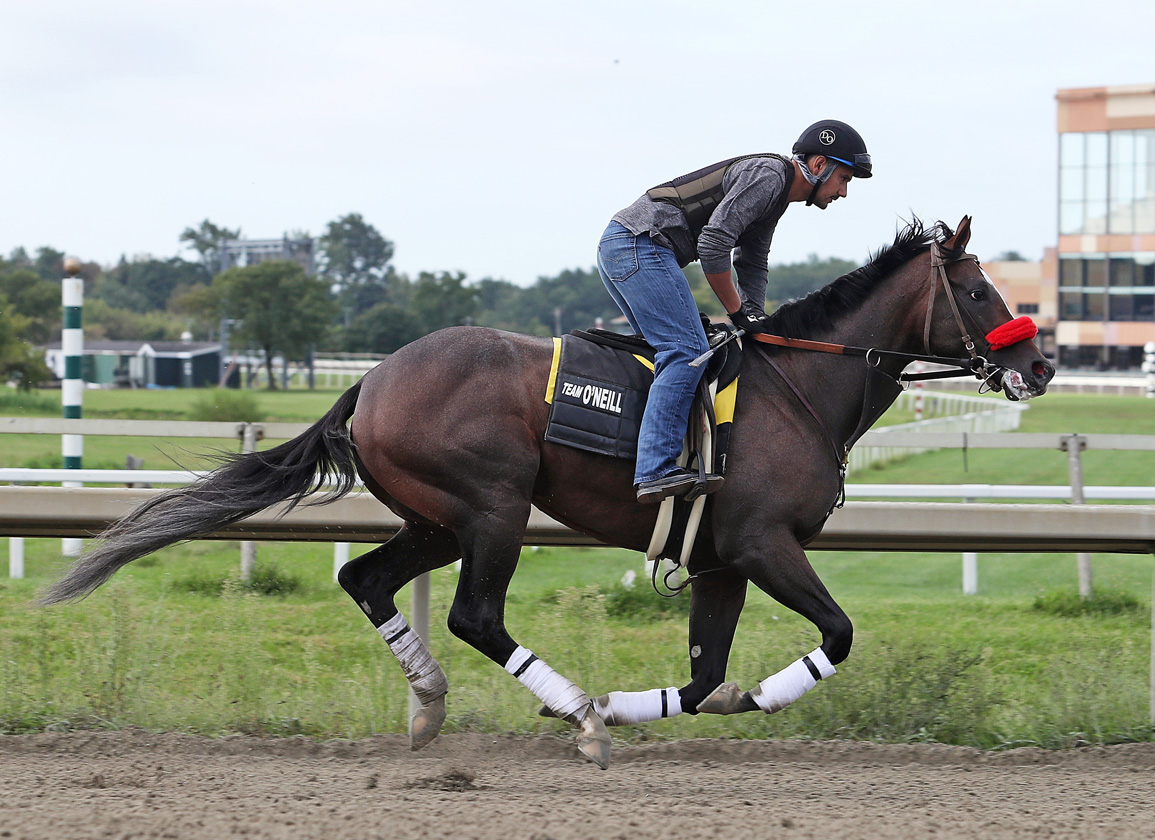 The decision to withdraw GI Kentucky Derby first-past-the-post Medina Spirit (Protonico) from Saturday's $1-million GI Pennsylvania Derby is certainly a disappointing development, but eight of the nine remaining entrants already have at least one stakes win to their credit, six of those at the graded-stakes level, with a couple of new shooters that have earned their chance to contest a race of this magnitude.

Hot Rod Charlie (Oxbow) is a deserving favorite based on his body of work, one that could look dramatically more sparkling with a few different bounces of the ball. The wire-to-wire winner of the GII Louisiana Derby in March, the half-brother to champion Mitole (Eskendereya) made a run from slightly off the pace and may have hung late when third across the line in the Derby, beaten a length for all of it. Ridden for speed in the GI Belmont S., Hot Rod Charlie cut out an otherwise suicidal early pace and held well deep into the final eighth of a mile, only to be outfinished by Essential Quality (Tapit). His heart was on full display yet again in the GI TVG.com Haskell S. July 17, but he drifted in with a furlong to race, causing Midnight Bourbon (Tiznow) to stumble, and was placed last. Connections passed on the GI TVG.com Pacific Classic at home and a trip back this way for the GI Runhappy Travers S. in favor of this spot, won by the Doug O'Neill (Leandro Mora)-trained Handsome Mike (Scat Daddy) in 2012.

“Selfishly, I want it for the whole team, but also for him as an individual,” said O'Neill. “It would be a pretty awesome result for Charlie to get a Grade I win, that's for sure.”

Midnight Bourbon will jump as the second favorite and is likely to be bet well down from his morning line. Able to control a moderate pace in wiring the GIII Lecomte S. over the winter, the strapping bay was runner-up in the Louisiana Derby and ran with credit to be sixth in the Derby after being farther back than connections had hoped. Second to Rombauer (Twirling Candy) in the GI Preakness S. after racing more prominently, he showed tremendous athleticism to pop right up from the incident at Monmouth and gave Essential Quality all he could handle in the Travers last time, going down to a neck defeat while earning a career-best 107 Beyer.

“Hopefully, Saturday is his turn,” said David Fiske, racing manager to Winchell Thoroughbreds. “It's been a peculiar year. Most years, the field for the Kentucky Derby evaporates the day after the Derby. This year we've had Essential Quality, Midnight Bourbon, Hot Rod Charlie, Medina Spirit–even though he scratched–he's still going. There are a lot of them out there and they're all quality colts.”

Fulsome (Into Mischief) pinch-hits here for Derby second and 'TDN Rising Star' Mandaloun (Into Mischief) and capped a three-race winning streak with a convincing victory in the GIII Matt Winn S. at Churchill May 29. A money-burning third to the progressive Mr. Wireless (Dialed In) in the GIII Indiana Derby July 7, he bounced back in this track's GIII Smarty Jones S. Aug. 24, but will have to run significantly faster to factor here.

Speaker's Corner (Street Sense) bested next-out 'Rising Star' Caddo River (Hard Spun), future MGSW Greatest Honour (Tapit), GSW Bourbonic (Bernardini) and GISP Miles D (Curlin) to graduate at Belmont Oct. 11 and went missing for 10 months before returning to take a first-level Saratoga allowance by 5 1/4 lengths Aug. 14, for which he earned a 101 Beyer. Trainer Bill Mott is a two-time winner of the race, including To Honor and Serve (Bernardini) a decade ago.

Americanrevolution (Constitution) won the state-bred restricted New York Derby at Finger Lakes by 7 1/4 lengths July 19 and added a five-length success in the Aug. 27 Albany S. for Todd Pletcher, whose lone win in this race came courtesy of Harlan's Holiday in 2002.