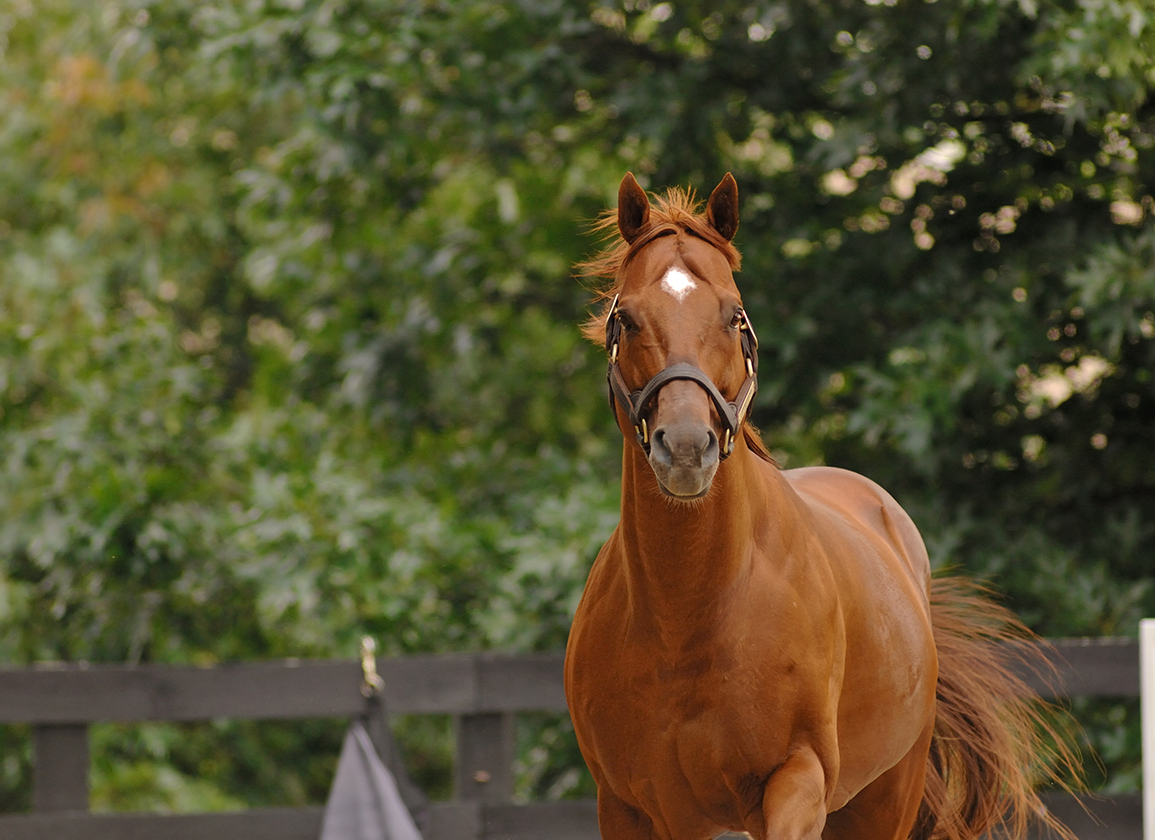 Speightstown will head the roster at WinStar Farm in 2022 with a fee of $90,000, stands and nurses, the same fee for which he stood in 2021. Right behind the chestnut is Constitution, North America's second-leading third-crop sire, who will stand for $85,000 S&N, also the same as 2021.

“Our 2022 roster is suited for breeders at every level,” said Elliott Walden, WinStar's president, CEO, and racing manager. “Speightstown, Constitution, and More Than Ready continue to provide breeders with options from prolific sire lines that American racing thrives on. We have young, exciting Grade I-winning stallions, including Improbable, Audible, Yoshida (Jpn), Tom's d'Etat, and Global Campaign, who all have the potential to be top sires and lead the new generation of stallions at WinStar. We also have proven sires like Paynter and Take Charge Indy, who provide value with the possibility of getting a racehorse at the highest level.”

Speightstown, currently the third-leading general sire on the TDN sire list with progeny earnings of $13,443,275 thus far in 2021, has been represented on the track this season by Lexitonian, winner of the GI Alfred G. Vanderbilt H.; Flagstaff, winner of the GI Churchill Downs S. and the GIII Commonwealth S.; and undefeated 3-year-old filly and 'TDN Rising Star' Carribean Caper, winner of five consecutive races, including the GIII Dogwood S. Speightstown has sired 21 Grade I Northern Hemisphere-foaled winners on every surface, from six furlongs to 1 1/4 miles all over the world, and one Southern Hemisphere-foaled Grade I winner.

Constitution, sire of last year's GI Belmont S. winner Tiz the Law from his first crop, is the second-leading third-crop sire in North America this year on the TDN sire list with progeny earnings of $8,282,355, 29 black-type horses, and four graded stakes winners.

More Than Ready will stand the upcoming breeding season for $50,000 S&N. From his Northern and Southern Hemisphere crops, More Than Ready has sired 212 black-type winners, is the only sire to have an Eclipse Award Champion each of the last four years, and he added a new Grade I winner this year in Hit the Road, winner of the GI Frank E. Kilroe Mile.

With first foals on the way in 2022, Improbable, the 2020 Eclipse Champion Older Male, will stand his second season at stud for $35,000 S&N, down from $40,000 last year. Undefeated at two and a five-length winner of the GI Los Alamitos Futurity, Improbable rattled off three consecutive Grade I victories in 2020.

Florida Derby winner Audible, who bred over 400 mares his first two years at stud–more than any WinStar stallion in history–will remain at $22,500 S&N. He has his first yearlings in 2022.

Paynter, who is currently ranked eighth on the general sires list with progeny earnings of $9,687,843, will stand for $7,500. That fee is only guaranteed through the Breeders' Cup where Paynter's son, Knicks Go, a four-time Grade I winner, is the likely favorite for the GI Breeders' Cup Classic.

Stallions will be available for inspection by appointment from 11 a.m.-2 p.m. during the Fasig-Tipton October Yearling Sale, Oct. 25-28.

The entire 2022 roster of stallions and fees (subject to change) for WinStar Farm are as follows: