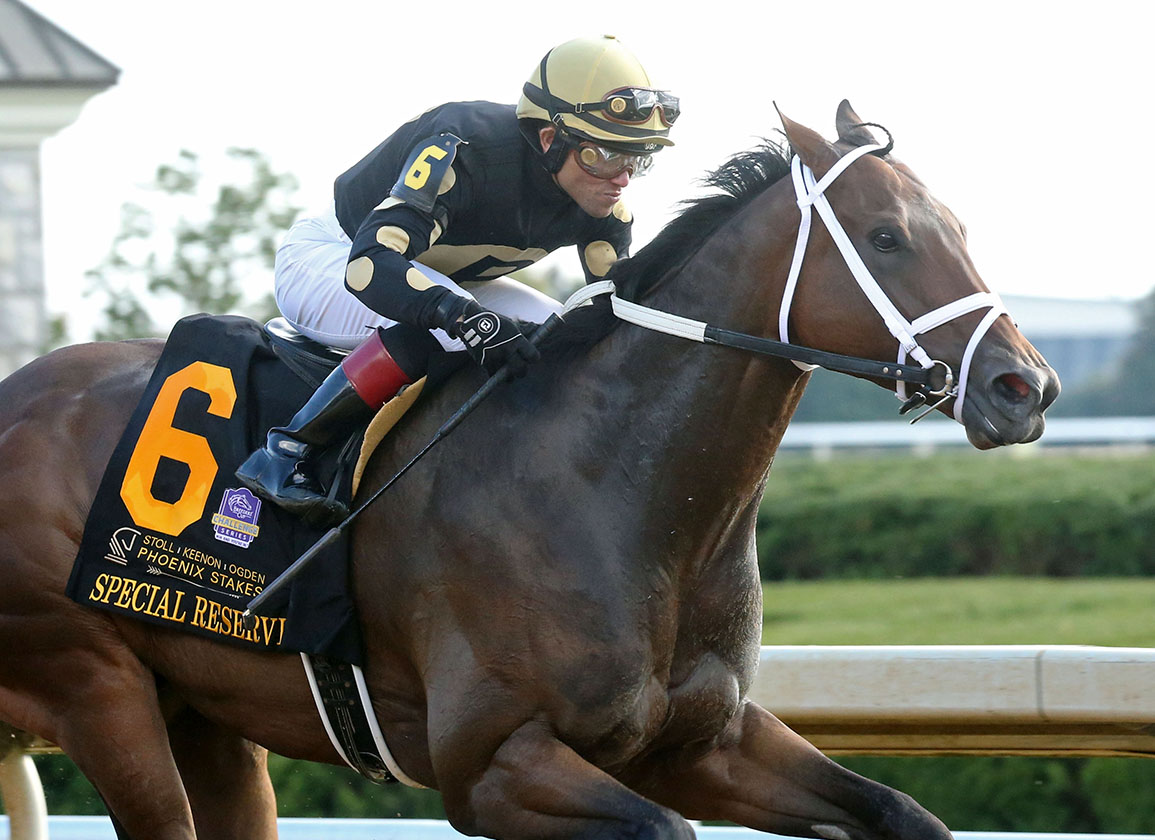 Special Reserve (Midshipman) started last season being claimed for $40,000 and ended 2021 as the National HBPA Claiming Horse of the Year. In between, the 5-year-old gelding won two graded stakes and three stakes overall, finished second by a half-length in Saratoga's GI Alfred G. Vanderbilt H.and concluded the season with a fourth in the GI Breeders' Cup Sprint.

“It's been such a great experience, and he's such a great horse,” said David Staudacher, who co-owns the Mike Maker-trained Special Reserve with Peter Proscia's Paradise Farms Corp. “This award means a lot. I've been in the business over 40 years, and I had my first stakes win with Mike four or five years ago. I've been claiming horses a long time–claimed some good ones, claimed some not-so-good ones. Love the sport, love the people involved. It's just so much fun.”

Echoed Proscia: “He's been a great horse to watch. He tries all the time, and Mike did a great job with him. [The award] was a pleasant surprise. This horse has brought us a lot of fun and success. We're looking forward to his 2022 campaign.”

Each year the National HBPA Industry Awards Committee, chaired by Pennsylvania HBPA Executive Director Todd Mostoller, reviews nominated horses to choose the one most exemplifying the spirit of a National HBPA Claiming Horse of the Year.