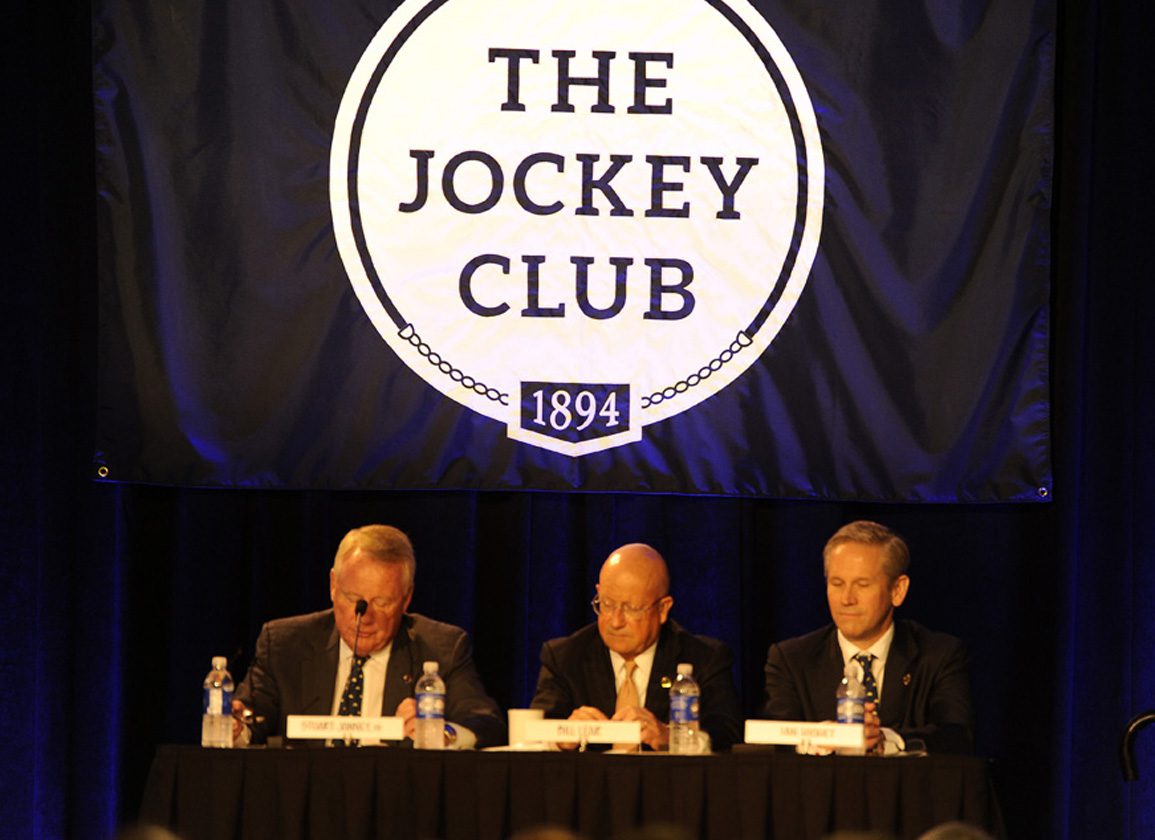 Scheduled for Sunday, Aug. 14, at 10 a.m. ET, the conference will also be streamed on The Jockey Club's website, www.jockeyclub.com, and Facebook page, facebook.com/USJockeyClub. Chairman Stuart S. Janney III will preside over the conference.

As the keynote speaker, Lisa Lazarus, chief executive officer of the Horseracing Integrity and Safety Authority, will provide an update on the first six weeks of enforcement of the Horseracing Integrity and Safety Act (HISA), which went into effect July 1. She will also discuss future plans for the authority and the status of rules for the Anti-Doping and Medication Control Program, which goes into effect Jan. 1, 2023. Lazarus' appearance will be complemented by Senate Majority Leader Charles E. “Chuck” Schumer (D-NY), a key supporter of HISA, who will offer his perspective on the significance of the passage of HISA to the Thoroughbred industry.

Also included in this year's schedule:

• John Penza, a director of International Investigations at 5 Stones Intelligence and a former special agent for the Federal Bureau of Investigation, will be interviewed by James L. Gagliano, president and chief operating officer of The Jockey Club, in a discussion about his experiences as an investigator and the impact of the March 2020 arrests of more than two dozen individuals who participated in an operation involving the systematic and covert administration of illegal performance-enhancing drugs to racehorses.
• Tom Rooney, president and chief executive officer of the National Thoroughbred Racing Association, will talk about the NTRA's work in Washington, D.C., to benefit all industry stakeholders.
• Dennis Madsen, head of racing for the Swedish Horseracing Authority, will present on Sweden's new crop rule, which prohibits the use of the crop for encouragement and only allows it to be used for safety purposes. The rule went into effect this year.
• Dr. Lauren Stiroh, managing director of NERA Economic Consulting, will review her findings from an analysis of economic trends in Thoroughbred racing and breeding.
• Shannon Kelly, executive director of The Jockey Club Safety Net Foundation, will talk about issues facing the industry's workforce and how the foundation assists those in need.
• Carl Hamilton, president of The Jockey Club Information Systems and chairman of BloodHorse, will deliver the activities of The Jockey Club.

The full agenda and bios of all speakers will be posted on www.jockeyclub.com in advance of the conference.