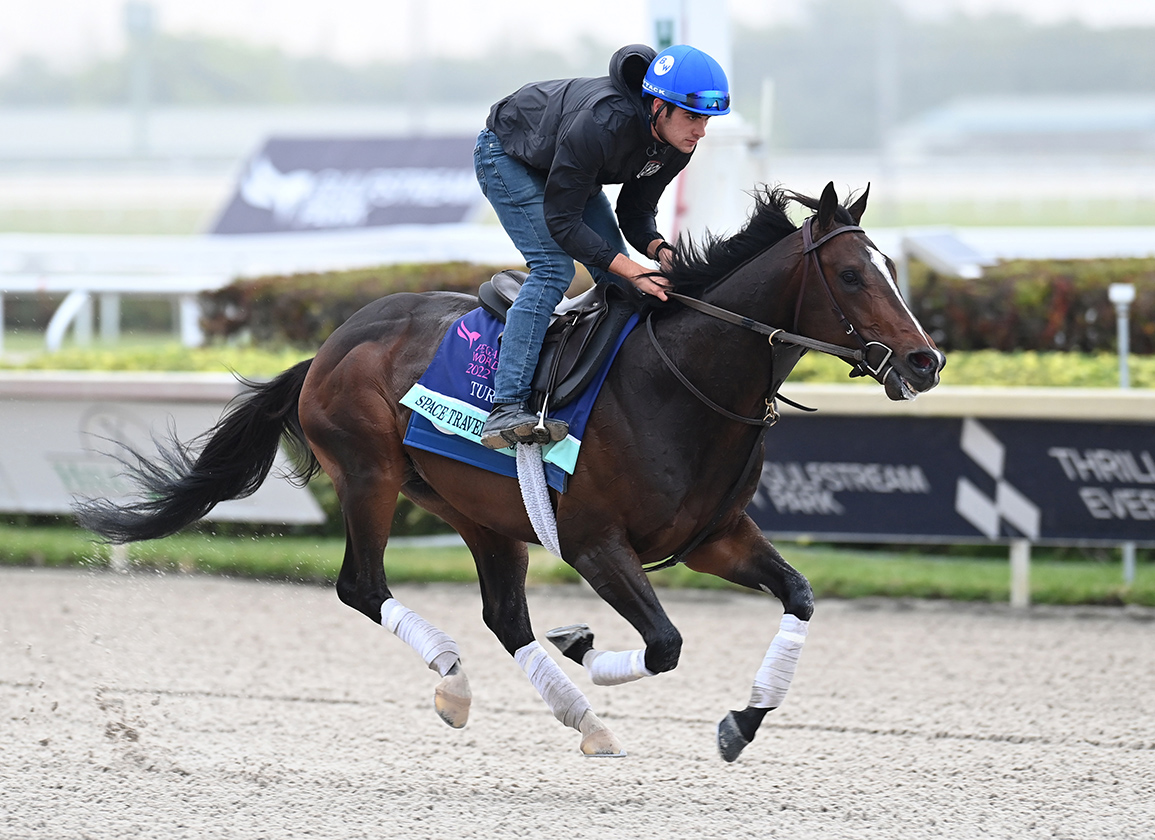 Space Traveller (GB) (Bated Breath {GB}), who ran well enough in his last two over nine-furlong trips that likely stretch him, cuts back to the mile and rates a long look in Saturday's GI Frank E. Kilroe Mile S. at Santa Anita.

Trained in Europe by Richard Fahey, the 6-year-old was a five-time winner from 19 starts, including the G3 Jersey S. over a straight seven furlongs at Royal Ascot in 2019 and a narrow victory in that year's G2 Solonaway S. going a mile around the relatively flat and left-turning track at Leopardstown. Runner-up in the GI Woodbine Mile and fifth–not beaten far for second–in the GI Keeneland Turf Mile in his first two starts for Brendan Walsh late last year, the dark bay was an even fourth in the Dec. 18 GII Fort Lauderdale S. and a late-on-the-scene third behind defending champ Colonel Liam (Liam's Map) after some early trouble in the GI Pegasus World Cup Turf Jan. 29.

Trainer Phil D'Amato sent out Bowies Hero (Artie Schiller) to take out the 2018 Kilroe and tightens the girth around the veteran Count Again (Awesome Again) this afternoon. A Grade III winner over 10 furlongs when under the care of Gail Cox for the first half of his career, the 7-year-old defeated Flavius (War Front) to win the 2020 GII Seabiscuit H. before striking out in five starts last term. Last of a quintet in the GII Del Mar Mile S. in August, the bay returned running with a half-length defeat of Subconscious (Tapit) in the GIII Thunder Road S. over course and distance Feb. 5. The latter, who beat next-out GI Hollywood Derby hero Beyond Brilliant (Twirling Candy) into third in the GII Twilight Derby last October, appeared to have the Thunder Road at his mercy, but lugged in repeatedly approaching the final furlong and could not resist the late rally of Count Again.