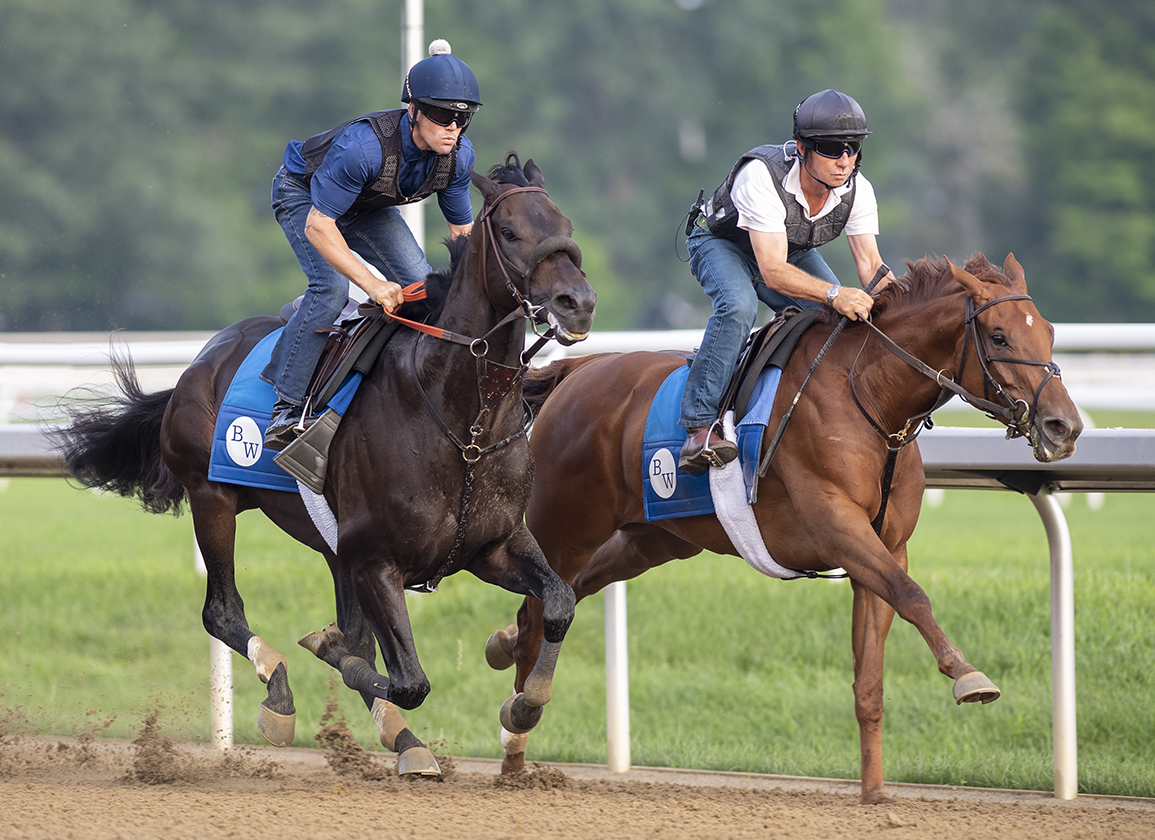 Godolphin's once-beaten Maxfield (Street Sense), the impressive 3 1/4-length winner of Churchill's GII Stephen Foster S. when last seen June 26, tuned up for his next appearance in the Aug. 7 GI Whitney S. with a half-mile breeze over the Oklahoma training track Friday morning that was timed in :49.09 (14/46).

Working in the company of stablemate Longpants Required (New Year's Day), the son of Velvety (Bernardini) covered his first two furlongs in :25.3 and was out five-eighths of a mile in 1:01.1 according to NYRA clockers.

“I just wanted them to start out nice and easy and pick it up as they went,” Walsh said. “It was a good work. I just wanted to get him back in the swing of things again. He looks like he's doing great. I was delighted with him yesterday when I got up here. He looked as good if not better than ever.”

Walsh told the NYRA notes team that he was pleased with what he saw from his charge in his first work since the Foster.

“It's three weeks since he ran and it worked out fine,” Walsh said. “I wasn't in a rush to work him back with the shipping. It's just a question of keeping him happy and keeping him healthy.”

Masqueparade (Upstart) was also among those on the Friday worktab at the Spa, covering four furlongs in a steady :49.23 (28/98). Recent winner of the GIII Ohio Derby, the bay is slated to make his next start in the GII Jim Dandy S. at Saratoga July 31.

“He's an improving 3-year-old mentally, physically and figure wise and that's why we're taking our chance in a race like the Jim Dandy,” said the conditioner, who added that his colt was also under consideration for this weekend's GI TVG.com Haskell S. and the Aug. 7 GII West Virginia Derby. “He's easy on himself. He won't grab the bit and go down there in :47 and change and gallop out in a minute, which is good at this point in time. It might help his longevity.”

“Everyone assumes I love horse racing because of who my family is and who my father is, but Smarty Jones (Elusive Quality) is the reason I fell in love with horse racing,” said Casse. “I think we all know the story on how that one ends with Marylou beating him [with Birdstone with the Triple Crown on the line in 2004], and now I train for her. It's just surreal. I thank her and John [Hendrickson] so much. They've really given me everything and I really appreciate everything they've done.”

Added Hendrickson of the late owner/breeder, “This is where she felt the most alive. This is the way she is alive and she has a win on Opening Day. It's pretty special. This is a dream come true for me and Marylou. Things getting back to normal and winning on Opening Day, she's throwing a party. She said, 'I want to race, get back to work.'”