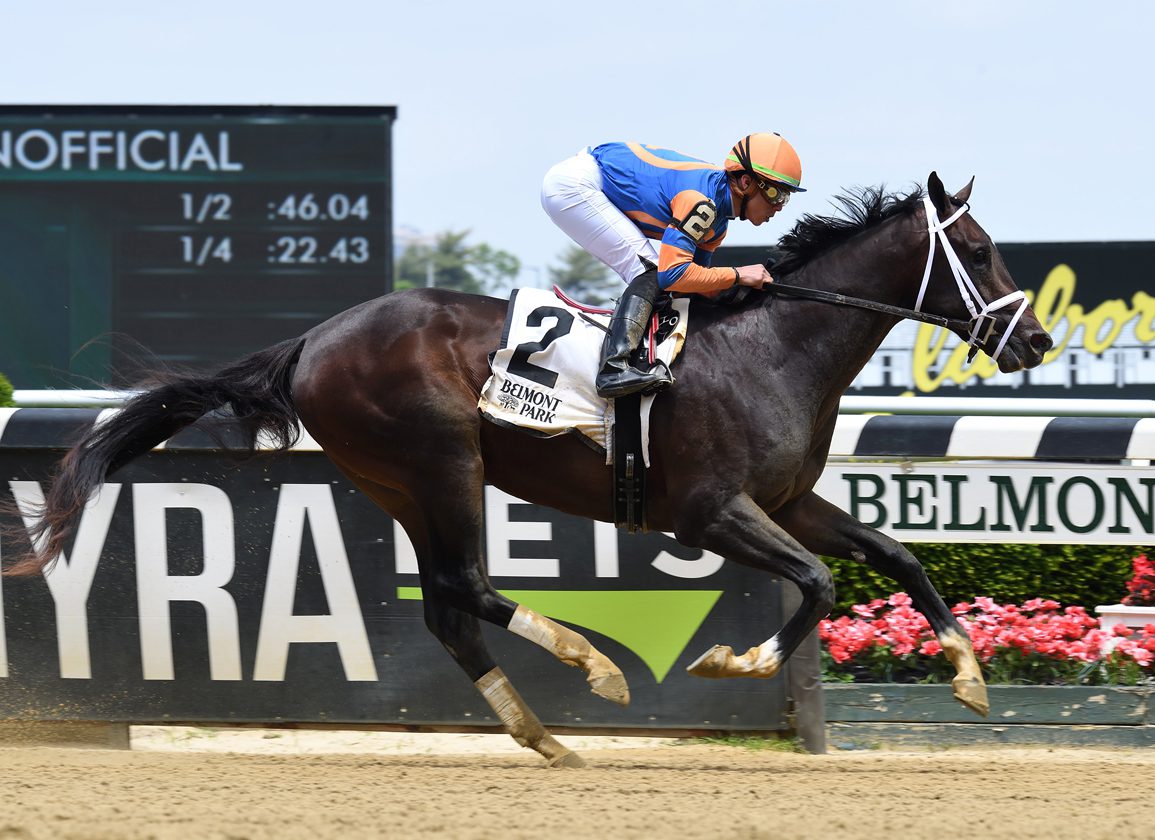 After a youth spent around horses, Amy Moore took a three-decade long sabbatical from the sport to focus on a career in law, but she is making up for lost time with the launch of her South Gate Farm in Millwood, Virginia. The fledgling operation has a star-in-the-making in 'TDN Rising Star' Forte (Violence), who goes postward in Monday's GI Hopeful S. at Saratoga, and will follow up the following Monday when that colt's half-brother by Uncle Mo (hip 11) goes through the sales ring during the first session of the Keeneland September Yearling Sale.

“I rode as a child and teenager and showed hunters that belonged to other people,” Moore said of her first introduction to horses while growing up in Raleigh, North Carolina. “The people I was with got into racehorses and I helped them at a few sales. Then I galloped horses one summer at the track for Del Carroll, Sr.”

Eventually, Moore had to take a step back from her interest in racing.

“I had to earn a living, so for 30 years I worked as a lawyer in Washington, D.C.,” she said. “But when I retired, I bought a farm and bought a couple of horses.”

A year before purchasing the farm, she made her first equine purchases at the Keeneland September Yearling Sale. Her very first purchase was Queen Caroline (Blame), who she acquired for $170,000. Trained by Michael Matz, the dark bay went on to win four stakes races in Moore's colors in 2016 and 2017 and earned over $400,000 before helping to kick start the South Gate broodmare band.

Forte, Queen Caroline's first foal, sold for $80,000 as a weanling at the 2020 Keeneland November sale and was purchased by Mike Repole and Vinnie Viola for $110,000 at Keeneland September the following year.

“I thought he was a gorgeous foal,” Moore recalled. “I was really happy with him. I had had weanlings by Violence that I had pinhooked–I bought weanlings and sold yearlings–and I liked them, but they didn't really resemble the sire at all. So I was pleased to get a foal in Forte that looks a lot like Violence. He's a good blend of his sire and his dam.”

The prohibitive 1-5 favorite, Forte romped to a 7 3/4-length debut victory (video) May 27 at Belmont Park.

“When he won big in his first race, of course, that was a joy to see,” Moore said. “That was what I was trying to achieve when I bred the mare to Violence. I hoped to get a foal that had a little more speed and was a little more precocious than she was, but had her athleticism and racing temperament. It worked out just as I had hoped. Another case, I am sure, where it won't always work out like that. But Queen Caroline has been very good to me, both as a racehorse and as a broodmare. If they were all like her, it would be easy.”

Forte comes into the Hopeful off a fourth-place effort in the six-furlong GIII Sanford S. July 16 and will get an extra furlong to work with Monday at Saratoga.

“I would be ecstatic if that happened,” Moore said of a possible Hopeful win. “But I think, win or lose the Hopeful, he looks like he's going to be a good racehorse. So I am looking down the road, as I am sure his connections are, and hoping for good things for him. I think he will do better as the races get longer. So I think the extra furlong in the Hopeful will help and I hope he goes on from there.”

Queen Caroline next visited Uncle Mo and produced a colt by the Coolmore stallion last spring.

“It is a cross that I really liked, both physically and in the pedigree,” Moore said. “The mare is a nice, big athletic mare and Uncle Mo is obviously a nice, big athletic stallion with a similar build. But it also has some intriguing pedigree aspects to it. Nyquist (Uncle Mo) is out of a Forestry mare and Queen Caroline is out of a Forestry  mare. And the good filly by Uncle Mo, Bast, is out of an Arch mare and Queen Caroline is by Blame who is by Arch. So you have a lot of good pedigree connections to some very successful runners, as well as having a good physical match.”

The yearling will be Moore's first homebred Book 1 offering at Keeneland September when he goes through the ring as part of the Bluegrass Thoroughbred Services consignment next Monday.

“He is a lovely colt,” she said of the yearling. “I am prejudiced, of course, but he is a really, really nice colt. He has his dam's mind, which is good, he has a good racing temperament. He is tall and big-bodied and strong and athletic. I think he is what everyone wants–he's what I want.”

“I was, to be honest, hoping to get a filly,” she said with a laugh. “I would have kept and raced her and hoped to retire her to the broodmare band one day. But I got a very nice colt.”

The colt conundrum is nothing new to Moore, who currently has four broodmares housed at her Virginia farm.

“I have bought nothing but fillies,” she said. “I sell the colts that I breed. I would keep fillies, if I ever had a filly. I am 0-for-7, seven colts and no fillies.”

Moore takes stock of market conditions when determining when to sell her foals.

“I just sort of fly by the seat of pants,” Moore explained. “If the stallion is doing very well, as Violence was when I sold Forte–I think Violence had three Grade I winners that year–I might sell the foal as a weanling. But if it's a nice physical that I think would be one to send to the Saratoga select sale or one of the first two books at Keeneland, then I would keep it and sell it as a yearling. It just depends on how the stallion is doing and how the foal develops. And what the finances are like.”

As for Queen Caroline, after not producing a foal in 2022, she is now in foal to Not This Time.

“She was in foal to Authentic, and lost that one, which was very disappointing, but I am really excited that she is in foal to Not This Time,” Moore said. “I think that's going to be a great match and who knows, I might get a filly this time. She is an easy mare to mate because she is doesn't have any faults you want to breed away from. She is a very nice well-conformed mare that had a lot of success on the track. So you are trying to add a little speed and a little precociousness to the offspring, but you don't really have faults that you want to breed away from. Which is helpful.”

Queen Caroline's first two foals are both Kentucky-breds, but future foals are expected to be born at South Gate Farm.

“In the case of Forte and his brother, those I sent the mare back to Kentucky to foal,” Moore said. “I am now starting to foal in Virginia, so that I will have Virginia-bred foals.”

In addition to her four-horse broodmare band, Moore also has borders at South Gate taking advantage of the Virginia-certified program which allows horses conceived and foaled outside of the state to become eligible for incentives at Mid-Atlantic racetracks if they maintain residency in Virginia for at least a six-month consecutive period prior to Dec. 31 of their 2-year-old year.

“I have lot of yearlings, a lot of boarders, that are here for the Virginia-certified program,” Moore said. “And I do some sales preparation for the boarders.”

Reflecting on her seven years as a farm owner, Moore said, “I enjoy living on a farm. It's very nice to have a reason to have a farm–you can't have 126 acres and not have any animals. So that's been a lot of fun. The racing has been highs and lows, as it is for everybody. When it's good, it's spectacular. When it's bad, it's pretty depressing. But you get through the bad and hope for more of the good. And on balance, I have enjoyed it quite a bit.”

The Keeneland September sale opens with two Book 1 sessions next Monday and Tuesday beginning at 1 p.m. Book 2 sessions Wednesday and Thursday begin at 11 a.m. and, following a dark day Friday, the auction continues through Sept. 24 with sessions beginning daily at 10 a.m.