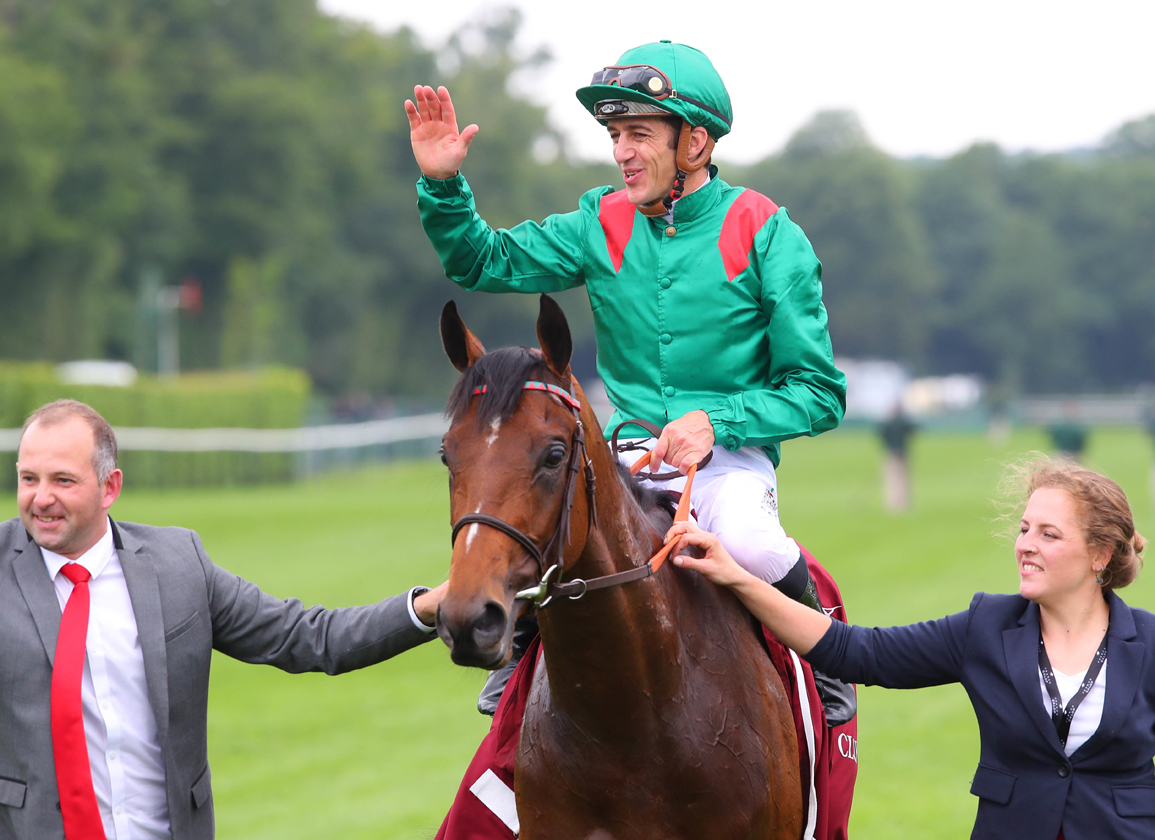 Jockey Christophe Soumillon has had his twelve-day suspension for careless riding in the G1 Coral-Eclipse S. reduced to eight days following an appeal hearing on Thursday. On board Vadeni (Fr) (Churchill {Ire}), the pair cut across and impeded the third- and fourth-placed finishers William Buick on Native Trail (GB) (Oasis Dream {GB}) for Charlie Appleby and James Doyle on Lord North (Ire) (Dubawi {Ire}) for John and Thady Gosden after the winning post, as Soumillon celebrated. The stewards reviewed the race and subsequently handed out their suspension.

Soumillon, speaking via a Zoom call from France on Thursday, said, “Like I said to the stewards straight away after the race, and seeing the images again today, you can see that I made a mistake, that's for sure.

“I didn't know how many horses were on my inside. We have seen the videos at quarter speed, but the thing you have to remember is I'm riding at full speed, and I never saw that between Mr Buick and the rail there was Mr Doyle. I should probably look, but I didn't.

“For sure the images after the line are not good, not for racing and not for myself, but nothing was done on purpose, and I really try to give my sport the best image I can.

“For me it was the chance for one of the biggest days of my career, as it is not easy for a 3-year-old colt coming from France to win one of the hardest races in the UK. This race wasn't won by a French horse for 60 years and probably I over-celebrated the moment. My kids were there and there was a lot of emotion for me that day.”

He added, “The day after the race I called Mr. Appleby and Mr. [John)] Gosden for news about the horses and I know both horses were doing well after the race, so that was a relief as if I heard one of these champions had got hurt from one of my little mistakes, it would have been very hard for me to understand.

“The suspension is probably the hardest I have had in my career. I'm not somebody who puts my colleagues in danger in any part of the race.

“Twelve days is probably a hundred rides for me as I'm riding eight races a day. If you have to give me a suspension I can accept it, but I don't think it was that bad on the day–I think it was very severe for somebody who didn't do it on purpose.

“I think I was professional for 99.8% of the race. Unfortunately, for three strides I wasn't completely concentrated, and that little fraction makes it look worse than what it really is.”

Disciplinary Panel Chairman James O'Mahony confirmed the suspension would be reduced, and said, “He said, “Generally, of course, Monsieur Soumillon is a much-respected horseman and jockey and as can be expected of him, he addressed us with courtesy and realism, accepting what he had done is wrong and we detected significant remorse.

“But and there is a big but, there is in this case a very significant safety risk and Mr. Soumillon and Vadeni are included in this. Mercifully, nobody went down and there were no injuries.

“The actual time of which his riding of the horse can be considered irresponsible and indeed careless was very short. Considering all these matters and bearing in mind the mitigation and the aggravating factors, we're going to allow the appeal and do feel the sentence was too severe.

“The panel order that the period of suspension should be one of eight days, thus the appeal succeeds.”