Son Of Nayarra Introduced At Doncaster 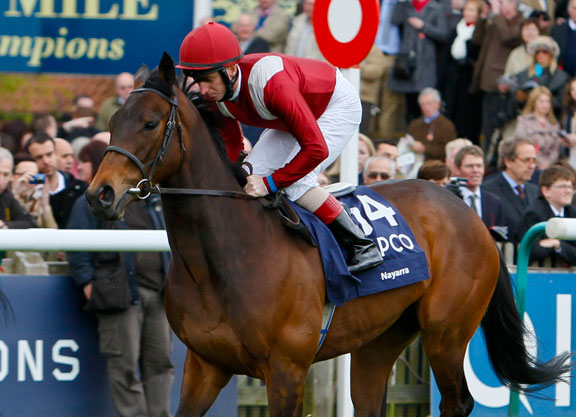 Observations on the European Racing Scene turns the spotlight on the best European races of the day, highlighting well-pedigreed horses early in their careers, horses of note returning to action and young runners that achieved notable results in the sales ring. Today’s Observations features the fifth foal of the well-bred Group 1 winner Nayarra.

4.10 Newbury, Novice, £5,400, 3yo, 8fT
NASRAAWY (Kitten’s Joy) is a notable newcomer for Shadwell, who paid $725,000 for the son of the sire sensation at the 2018 Keeneland September Yearling Sale. John Gosden trains the chestnut full-brother to the stakes winner and multiple graded stakes-placed Kitten’s Cat whose second dam is the top-level scorer Manistique (Unbridled).