Son of Malibu Moon Identifies Himself as a 'TDN Rising Star' 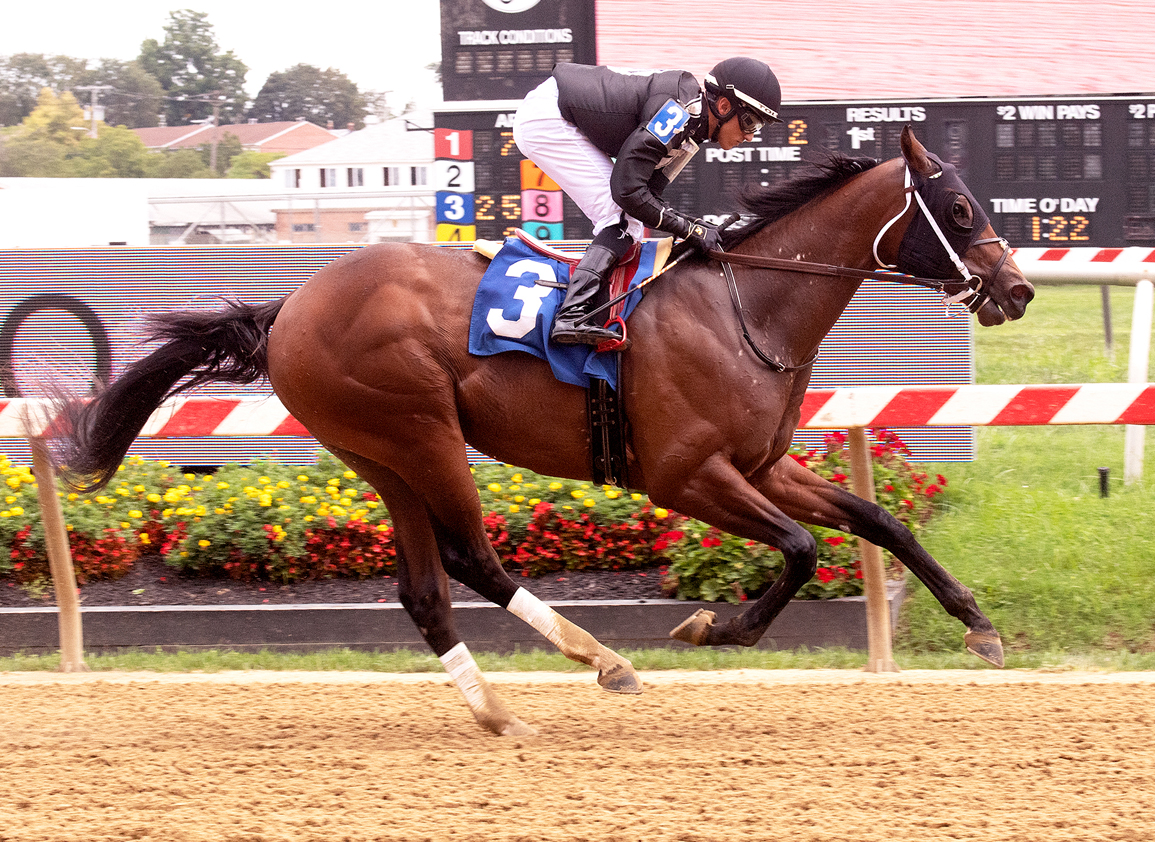 H P Moon (Malibu Moon), controversially scratched at the gate due to a horse identification issue out of an intended debut at Saratoga July 31, proved well worth the wait with this jaw-dropping Pimlico unveiling against five overmatched rivals. Working a steady diet of bullet drills at trainer Lacey Gaudet's Delaware base, including a four-furlong move in :47 (1/63) Aug. 14, the 2-5 choice took control from his rail draw and was pressed through an opening quarter in :23.10. He began to shake clear approaching the quarter pole, and put on a show down the stretch while racing well in hand en route to a geared-down, 9 3/4-length decision. Bold Leader (Keen Ice) was second.

H P Moon's dam Fun Affair, a daughter of champion 2-year-old filly and GI Breeders' Cup Juvenile Fillies heroine Caressing and a half-sister to champion 3-year-old colt West Coast (Flatter), produced a filly by Connect this year and was bred back to Malibu Moon. The Malibu Moon/Distorted Humor cross is also responsible for two-time graded winner and millionaire Stanford. H P Moon RNA'd for $385,000 after breezing an eighth in a strong :10 at FTFMAR. Malibu Moon, who died in May at age 24, has now sired an impressive 23 'TDN Rising Stars.'

“When he got to the paddock, the identifier said he had markings that were incorrect and they needed to be corrected before he could run, so they had him scratched at the gate,” trainer Lacey Gaudet said of his Saratoga scratch. “We were very high on him. It was extremely disappointing.”

She continued, “The owners all called and said, 'Let's go back to Saratoga.' I said, 'You know what guys? All eyes are going to be on this horse when he runs back. Let's make it look good. Let's give them something to talk about. Honestly, if the owners allow me to, we'll probably aim small and go to Churchill for an allowance race. That's probably the right thing to do. It gets a little sticky this time of year because they all want to start stretching horses out for the Breeders' Cup, and there's no too many short 2-year-old races. We'll see what happens.”