Home » Archive » Europe » Something For All As Tattersalls Ireland September Begins

Something For All As Tattersalls Ireland September Begins 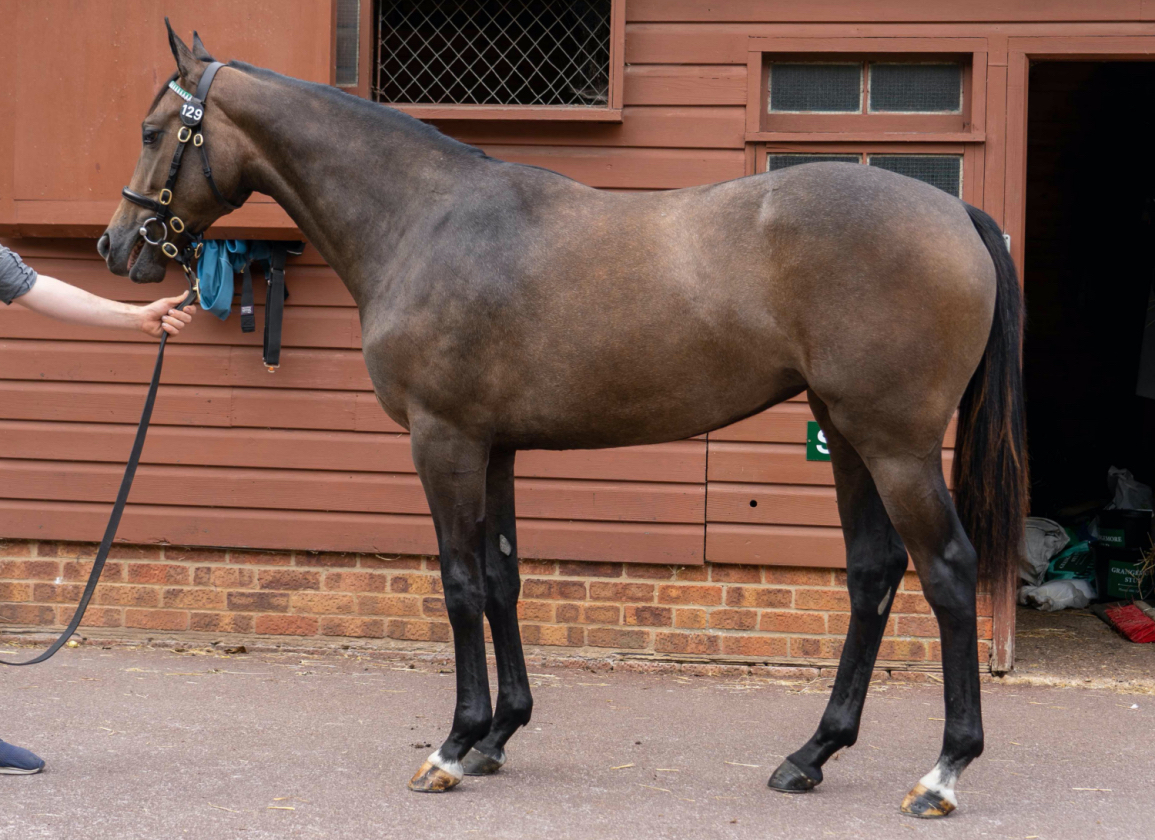 NEWMARKET, UK–It's Fairyhouse, but not as we know it. For the second year running the Tattersalls Ireland September Yearling Sale has gone on tour to Newmarket, with just shy of 600 youngsters catalogued to sell over the next two days.

The claim of Tattersalls Ireland's CEO Simon Kerins that the September Sale has something for everyone is fully backed up by two notable graduates of the sale on the track this year. This time last year Go Bears Go (Ire) (Kodi Bear {Ire}) was plucked from Micheal Ryan's Al Eile Stud for £50,000 by breeze-up pinhooker Robson Aguiar and he is now a Group 2 winner and Group 1-placed. Go back another two years and Johnny Murtagh picked up Sonnyboyliston (Ire) (Power {GB}) for €26,000. He may have taken a little longer to reach his peak, but the 4-year-old is now a six-time winner with the G1 Irish St Leger and famous Ebor H. to his name as well as almost £650,000 in earnings.

“We always have a mix of types at this sale–you have some 2-year-old types and later-maturing, staying types as well, so you'd like to think there is something for everyone,” says Kerins. “It has stood the test of time in terms of its graduates. There's a great mix of winners from the sale.”

The fact that Kerins is speaking at Park Paddocks rather than from Tattersalls Ireland's base at Fairyhouse may be the source of some frustration but, as with all sales through the pandemic, the number one concern is that they are able to take place at all, even if dates and locations have to be shuffled. The fate of the September Sale, at least when it came to its location, was sealed when a number of British visitors to the Tattersalls Ireland Derby Sale were told they had to remain in their hotels or return to Britain on the eve of the sale despite a Covid 'bubble' being in operation during Ireland's lockdown.

“The background to it was what happened at the Derby Sale, when we were told at the eleventh hour that the bubble for the UK buyers had ben rescinded,” says Kerins. “It wasn't long afterwards that the entries for the September Sale were closing and we made the decision to come here. We wanted to give clarity and certainty to our customers.”

He continues, “In an ideal world we wouldn't have the sale in Newmarket for the second year in a row, we've also had the breeze-up sale here twice now, but I can't see it happening ever again and the plan is certainly to go back to Ireland next year. The Somerville Sale was exceptional here recently, there was great buzz about the place, and you hope it will follow through to this sale.”

At least one consignor at Park Paddocks was certainly buzzing, even if he is based in almost the quietest area of the sales grounds in the calm at the back of Highflyer's G yard. Guy O'Callaghan, who has brought four yearlings from his Grangemore Stud to sell this week, had the joy of watching Wings Of War (Ire) win the G2 Mill Reef S. at Newbury at the weekend. The Clive Cox-trained colt, who runs in the colours of Isa Salman Al Khalifa, is the first foal of O'Callaghan's Kodiac (GB) mare Futoon (Ire) and is by his family's perennially popular stallion Dark Angel (Ire).

“It's magic,” says O'Callaghan. “It was great timing and it's a great result for everyone–for the stallion, for the mare, and great for Sheikh Isa. He's an enthusiastic and relatively new owner to the game and let's hope he turns into a brilliant horse for him. Clive is just a consistently fantastic trainer. Time and time again he comes up with a new one.”

He adds, “It's a great start for the mare and long may it continue. It's a wonderful family and every year good, hard-knocking, fast horses come out of it and he seems to be another one.”

On the timing front, the update is almost as good as it gets for the full-brother to Wings Of War, who is set to appear on the Monday of Book 2 of the Tattersalls October Yearling Sale.

“He's a big, strong, grey colt. I'd be quite hopeful that people will like him and I'm very proud of him,” says the breeder.

But for now O'Callaghan's focus is on the quartet being paraded up and down before him for a range of yearling viewers. They include a Dark Angel filly (lot 129), this time not a homebred but a 20,000gns pinhook from the December Foal Sale. Another first foal, her dam Light My Fire (Ire) (Dragon Pulse {Ire}) looks exactly the type to appeal to those with a commercial eye, being a winner twice at two herself and placed in the G3 Firth of Clyde S.

Similar comments apply to the El Kabeir filly in the draft (lot 258), whose hardy dam Rural Celebration (GB) (Pastoral Pursuits {GB}) won seven times between the ages of two and six and was runner-up in the listed Land O'Burns Fillies' S. Her daughter Country Carnival (Ire) (Mayson {GB}) was also a winner at two and was third in the listed Marygate S.

By now, Dark Angel needs no introduction to sales folk, being one of the most dependable stallions, both commercially and on the racecourse. “He's the gift that keeps on giving,” admits O'Callaghan.

Following in his wake at Yeomanstown Stud is another grey, El Kabeir, a strong son of Scat Daddy whose first 2-year-olds are beginning to make quite an impression. Two of his leading colts, the listed winner Masekela (Ire) and treble winner Harrow (Ire), hold group-race entries at Newmarket later this week.

“El Kabeir has made a wonderful start and we are so proud of him. His horses have plenty of size and scope and they have come to hand at the time of year that we were hoping they would,” O'Callaghan says.

Of his hopes for the next few days, he adds, “I think I have a lovely even draft, with the Dark Angel filly and the El Kabeir filly probably the picks of them. There's been plenty of footfall, so we're just hoping that the trade will be good and that we have four empty head-collars at the end of the sale.”

Another yearling in the sale to have benefited from a useful recent update is Ballinalard Stud's Mehmas (Ire) filly (lot 312). When the catalogue went to print, her half-brother King X J (Ire) (Cotai Glory {GB}) was still unraced but the colt, bred by Tom and Hazel Russell, has since scooped the pot of the valuable Tattersalls Ireland Super Auction Sale S. for trainer Michael O'Callaghan and owner Paul J Nolan. Worth €300,000 in total, the juvenile contest is run over six and a half furlongs on Irish Champions Weekend and is open to all graduates of the September Yearling Sale.

Part II of the sale, which with fairly precision timing is set to start at 5:53 p.m. on Wednesday, according to the Tattersalls Ireland website, features a quartet of yearlings by a stallion whose offspring are not often seen on these shores but who will be widely remembered. Kool Kompany (Ire), a flashy son of the much-missed Jeremy, won the G2 Prix Robert Papin and G2 Railway S. among his seven victories between the ages of two and five, and he eventually retired to Dehesa de Milagro in Spain, where his first crop are now 2-year-olds. Spanish-based consignor Alex Mahony of EAM Bloodstock consigns three colts and a filly by the stallion for Wednesday's sale, including a son of the G3 Prix Eclipse winner Damoiselle (Sky Classic) as lot 586.