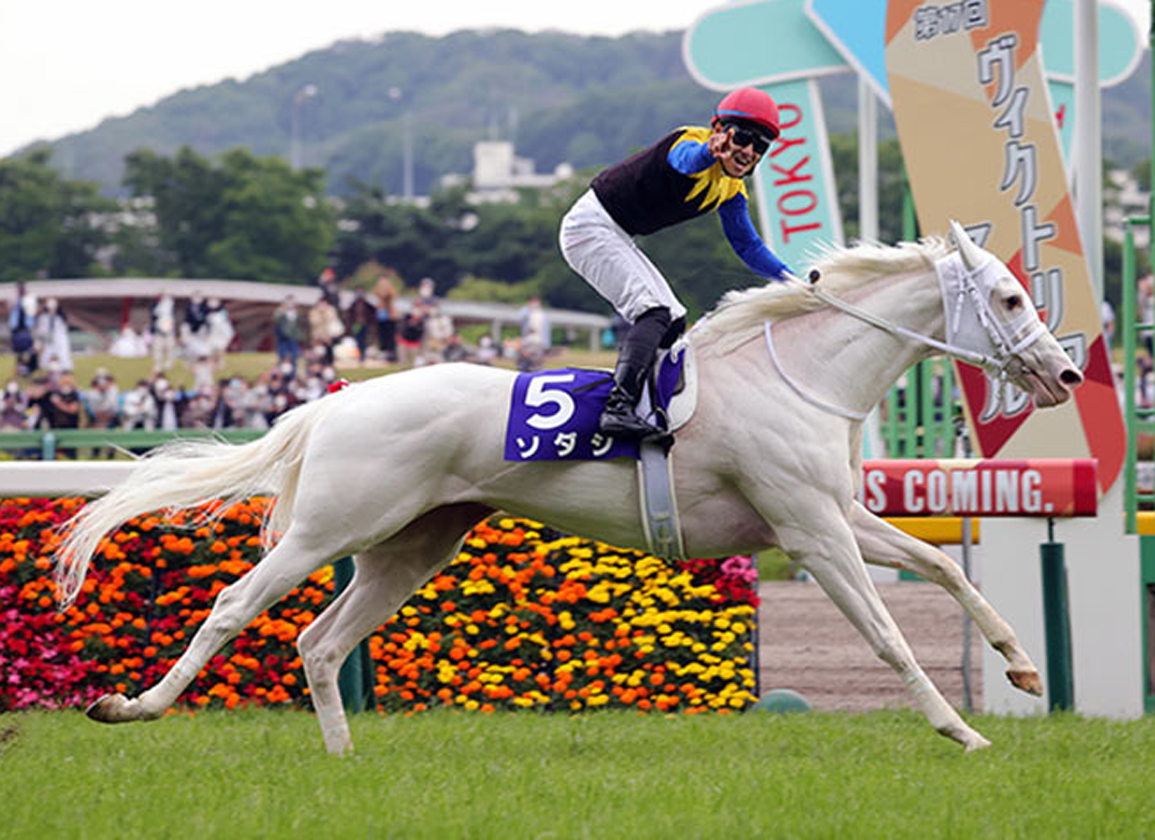 Breaking alertly from stall 5, the fourth betting choice settled in along the inside in a close-up fourth before moving slightly outward for the stretch run. Emerging from the pack passing the 200-meter pole, the 4-year-old caught pacesetter Rosa Noir (Jpn) (Manhattan Café {Jpn}) late and drew clear to win by two lengths over the closing Fine Rouge (Jpn) (Kizuna (Jpn}). Resistencia (Jpn) (Daiwa Major {Jpn}) was a neck back in third, nosing out the pacesetter.

Sodashi reeled off four consecutive wins at two, capping off the season with a win in the G1 Hanshin Juvenile Fillies while earning a championship in the process. Victorious in the G1 Oka Sho (Japanese 1000 Guineas) in her sophomore debut, the striking grey was well beaten in the Japanese Oaks at Tokyo in May but bounced back to take the G2 Sapporo Kinen later that summer. Well beaten in her final two starts of the season in the Oct. 17 G1 Shuka Sho and G1 Champion's Cup Dec. 5, she returned at four with a credible third over the course in the Feb. 20 G1 February S. last time out.