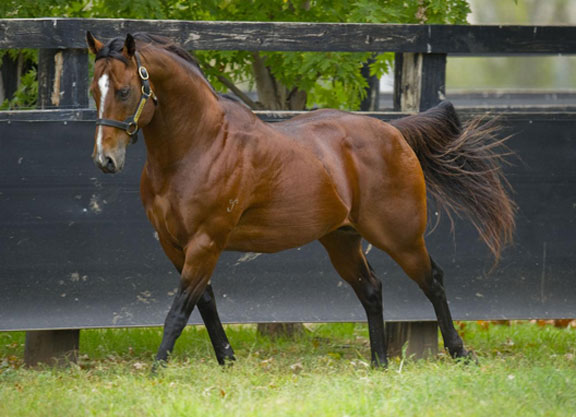 Arrowfield Stud’s Snitzel (Aus) (Redoute’s Choice {Aus}-Snippets’ Lass {Aus}, by Snippets {Aus}) has become just the sixth sire in the 137-year history of the Australian Sires’ Premiership to earn four or more consecutive champion sire titles. With the current season Down Under wrapping up on Friday, Snitzel joins his grandsire Danehill (who won nine titles, six consecutively, in the 2000s), Star Kingdom (1960s), Delville Wood (1950s) and Valais and his son Heroic (1920s and 30s) as sires to earn a quartet of premiership titles.

Snitzel’s achievement is made all the more impressive by the fact that he is a Danehill-line sire among a Danehill-saturated broodmare population. Competition on the racecourse and in the stallion ranks in Australia have also been at their highest during Snitzel’s era; the region has been the subject of heavy global interest and investment. During the 2019/20 season, a record 11 sires in addition to Snitzel on the sires’ table earned in excess of A$10-million. Snitzel’s A$17.7-million is more than A$2-million clear of I Am Invincible (Aus) and Pierro (Aus).

Snitzel is also the leader by stakes winners (18) and stakes wins (25). His stakes winners in 2019/20 were headed on earnings by his Magic Millions 2YO Classic and G2 Percy Sykes S. winner and G1 Golden Slipper runner-up Away Game (Aus), while I Am Excited (Aus) took the G1 Galaxy H. to become his 14th winner at the highest level. Splintex (Aus) became his 100th stakes winner when winning the G2 Arrowfield 3YO Sprint. Snitzel’s stakes winners this season came from six crops and 14 training yards and won black-type races from 1000 to 2400 metres. Six were homebreds, while others were sold from as little as A$90,000 and up to A$1.05-million.

Snitzel earns an additional accolade in becoming the only three-time winner of the Australian 2-year-old sires’ premiership in the past two decades. His 2-year-olds this season earned A$4.7-million and his 28 winners included four stakes winners.

In the sales realm, Snitzel was responsible for his fourth Inglis Easter top lot, this time the A$1.8-million colt out of First Seal (Aus).

“Only the very best stallions can do what Snitzel does, he is absolutely amazing and we are all extremely proud of him,” said Arrowfield’s Chairman John Messara. “I’m grateful for the support he receives from his shareholders, breeders, buyers, owners and trainers and look forward to seeing them all enjoy more success with Snitzel’s progeny, because there is plenty more to come.”

Snitzel’s three prior championship seasons have also included some remarkable accomplishments. Snitzel was three times runner up for the premiership, including in 2013/14 when he and Redoute’s Choice achieved the first sire/son quinella on the table, and three years later he defeated former champion sires Street Cry (Ire) and Fastnet Rock (Aus) to take the honours for the first time with A$16.2-million in the bank. That season he broke Danehill’s national record of 26 stakes winners in a season and Without Fear’s 40-year-old 2-year-old record of 32 wins in a season. He registered a 2-year-old Group 1 trifecta for the first time Down Under since 1982 in the G1 Sires’ Produce S., and also earned the 2-year-old and 3-year-old premierships.

The following season saw records by Snitzel for prizemoney in a season (A$29.2-million), winners (137), wins (307), stakes winners (26) and stakes wins (43). He also defended his titles in the 2-year-old and 3-year-old premierships. A significant slice of that prizemoney was earned by Redzel (Aus) in the inaugural running of The Everest, but so strong was Snitzel’s season that he didn’t need that, nor the money earned by his four Group 1 winners, to take the premiership.

In 2018/2019, Snitzel’s A$24.2-million haul put him A$6-million clear of I Am Invincible and earned him his third straight sire title. Redzel defended his Everest title, Exhilarates (Aus) won the Magic Millions 2YO Classic and a new mark was set for a Snitzel yearling when James Harron paid A$2.8-million for Corumbene Stud’s colt out of Ichihara at Inglis Easter now named Mount Fuji (Aus).

Snitzel’s rates of 9.8% stakes winners to runners and 75% winners to runners, average earnings per runner of A$142,000 and career average earnings index of 2.48 indicate he is the dominant sire of his era, but nonetheless Messara said he “truly believes the best is yet to come for him, with all that we have learned about him, his extraordinary vigour and the mares that have visited him in the past four seasons.”

Messara added, “Redoute’s Choice proved what was possible by leaving The Autumn Sun, Alabama Express and King’s Legacy in his 15th, 16th and 17th crops. That’s well within Snitzel’s capability too.”