'Smart' Money on the Chalk at Parx 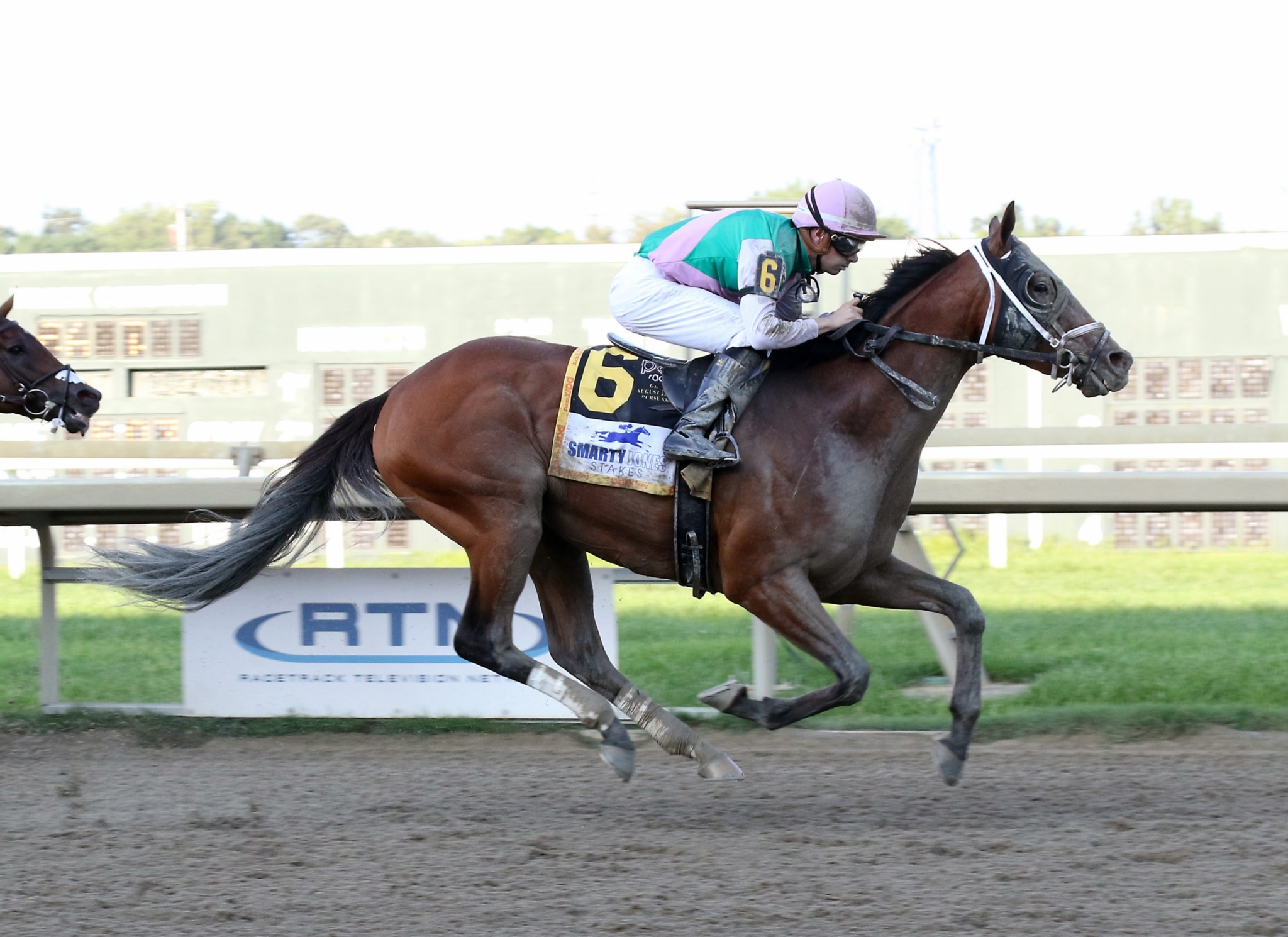 Prohibitive favorite Fulsome (Into Mischief) sat back and came with his run to return to winning ways in Tuesday evening's GIII Smarty Jones S. at Parx. A third-out graduate over the Fair Grounds sod in January, he was forced to try the main track two starts later in a rained-off, sloppy allowance at Keeneland Apr. 10, but found his calling that day when cruising to a 3 1/2-length victory. The bay added the Oaklawn S. May 1 over stablemate and next-out Texas Derby hero Warrant (Constitution), and took a major step forward on the Beyer Speed Figure scale, to 97, when he dominated a pair of GI Kentucky Derby also-rans in Churchill's GIII Matt Winn S. May 29. He could only manage third at 2-5 last time in the July 7 GIII Indiana Derby, but was flattered somewhat when winner Mr. Wireless (Dialed In) came back to annex the GIII West Virginia Derby earlier this month.

Slowest away, Fulsome settled in second last as his four other rivals scrambled for position into the first turn. The King Cheek showed the way with Alonso pressing through solid splits of :23 flat and :46 3/5. Fulsome was still under stout Florent Geroux restraint into the second bend, but soon began to pick off foes out wide as the leading pair were locked in battle. Kept far out in the track entering the stretch, the chalk struck the front and kept finding from there to confirm his perceived superiority.

Pedigree Notes:
Fulsome's win comes off another strong weekend for the nation's leading sire, who was represented by two new 'TDN Rising Stars' on Saturday. Dam Flourish was a two-time winner, once on each surface. She is a half-sister to MGISWs Sightseek (Distant View) and Tates Creek (Rahy) and to the dam of European champion juvenile filly Special Duty (GB) (Hennessy). This is the female family of Bowman's Band, Etoile Montante, et al. Flourish has an unraced 2-year-old colt by Point of Entry and a yearling filly by Frosted. She sold to Sallusto & Albina for $145,000 at the last Keeneland November sale carrying a Twirling Candy filly. She was bred back to Into Mischief for 2022.