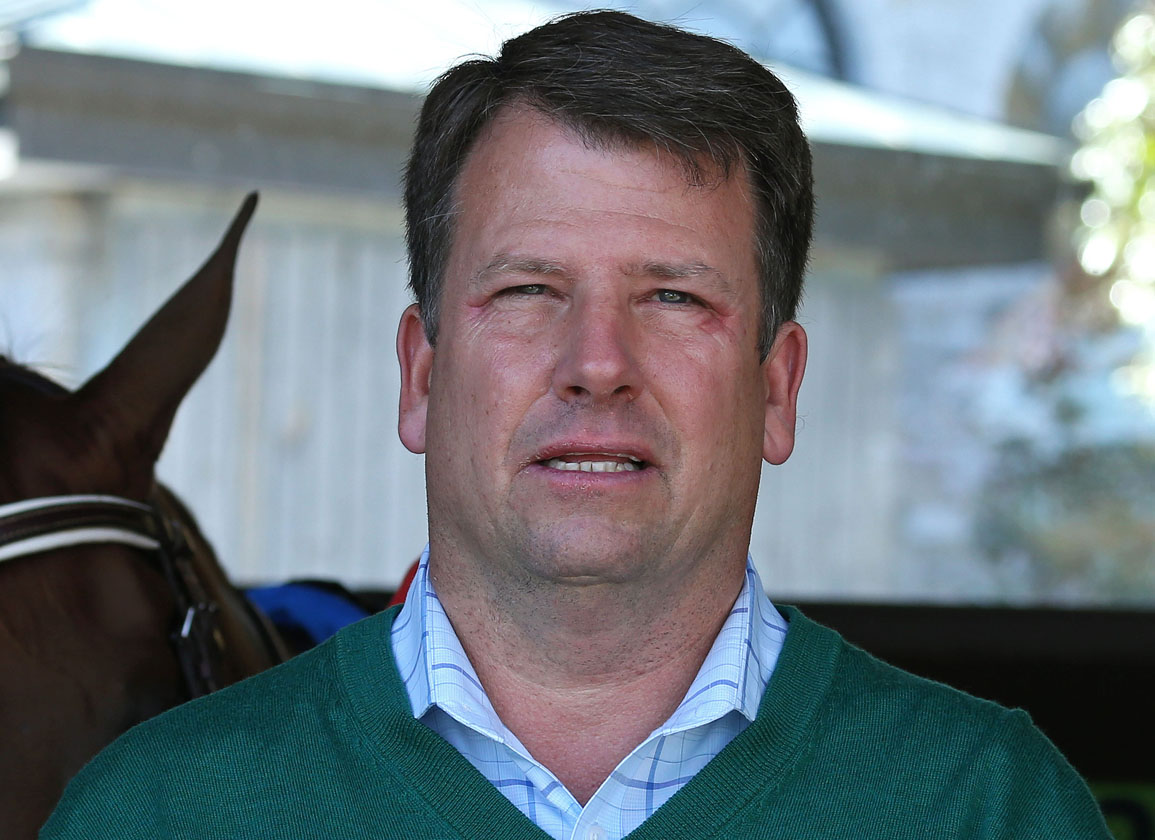 Steve Margolis spent one summer walking hots at Monmouth Park when he was in high school and has spent just about every morning on the backside since. The New York native worked for various top-level trainers before going out on his own in 1999. He quickly rose to the top of the game with a Kentucky Derby starter in 2002 and a win in the GI Breeders' Cup Sprint with Cajun Beat (Grand Slam) the following year. Since then, the horseman has continued to amass a list of talented performers including GSW Bouquet Booth (Flower Alley) and, most recently, six-time stakes winner She'sonthewarpath (Declaration of War). Margolis said his favorite aspect of training is the hope and excitement he feels every time a new horse joins his stable.

SM: When I was in high school, I worked one summer at Monmouth Park walking horses and it evolved from there. I wound up working at Belmont for quite a few years with John Veitch when he was training privately for Darby Dan around 1985. I also worked for Pat Byrne along the way. He was my first foreman and assistant job and then I went to Howie Tesher, who was like a dad to me. I worked for him from 1989 to 1996.

At that point I wanted a change and I wanted to get out of New York, so I came to Kentucky in the spring of '97. I worked for Stanley Hough for a few years and he was very good to me. I was on my own for most of the time working for him. A few years later, I went out on my own with a few horses.

I started at Turfway Park and it grew from there. I spent a couple winters at Turfway and then I spent three winters in Gulfstream at Palm Meadows, but this is now our 15th year coming to Fair Grounds in the winter and we spend the rest of the year in Kentucky. 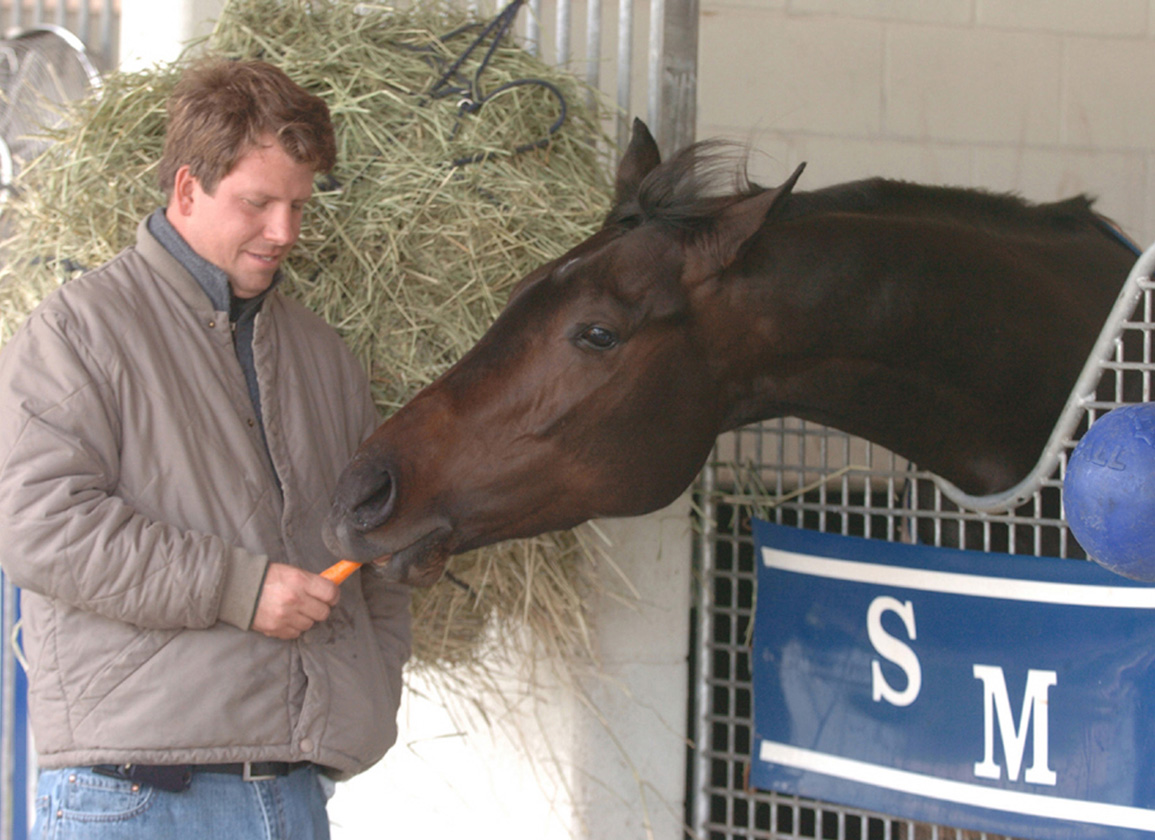 SM: Right now we're pretty light. We've been hovering around 15, 16 or 17 horses and of course are hoping to get some more. It's tough right now. The foal crop is down and with the big stables getting a lot of horses, it's very competitive.

SM: I'm very hands on and I'm here every day. I'm seeing my horses basically seven days a week. I'm feeding them and doing a lot of stuff myself, so I'm able to get more of a feel of what's going on with the horses, which is how I like to do it.

The biggest stable I ever had was back when we were training for Bertram, Richard and Elaine Klein, who were great clients. We got up to close to 60 horses and it was a little tough, but it all depends on who you train for and how you manage your time.

We used to go to Saratoga and Churchill Downs, but over the past few years I've pretty much had one string that goes to Fair Grounds in the winter and spends the rest of the year in Louisville.

KP: Is there a particular division of horses that you feel your stable is particularly strong with?

SM: It's funny, Tom McCrocklin is a good friend of mine and he breaks some of the horses that I train. Last winter, we were winning a lot of grass races and he called me up and said, 'Oh, I didn't know you were a turf trainer.'

It's all about the horses you get. If you get horses with turf pedigrees, you win turf races. But they're all individuals and when you first get them, you have to figure out who they are and what best suits the horse. With anything you get, you have to be able to maximize the horse's effort and ability.

KP: What horse has been the most influential to your career?

SM: Years ago I had Cajun Beat (Grand Slam) and we won the 2003 GI Breeders' Cup Sprint. It was a cool story because I got the horse from Satish Sanan [Padua Stables] and John and Joseph Iracane. When we got him, he was coming in off a bad race but had won a few listed stakes. We figured out a few things with him, nothing major, but we got lucky and the horse got good. We won the GIII Kentucky Cup Sprint S. in the fall at Turfway and then he went on to win the Sprint.

I also had a really good filly named Wine Princess (Ghostzapper) about eight years ago who won a couple of graded stakes and then I had a really cool mare named She'sonthewarpath (Declaration of War) who we just retired recently for Robert and Lawana Low, who have probably been my greatest owners to date. They're a class act and I've had horses for them for about 14 years now. This filly was a hard-knocking daughter of Declaration of War and I won six stakes races with her.

SM: I'm hands on and I go back every afternoon to see how they ate and to look at them as individuals. A lot of times with these horses, it's just about paying attention. I think if you see them every day, you pick up on some extras that you would miss if you aren't there as much because you have several different strings. 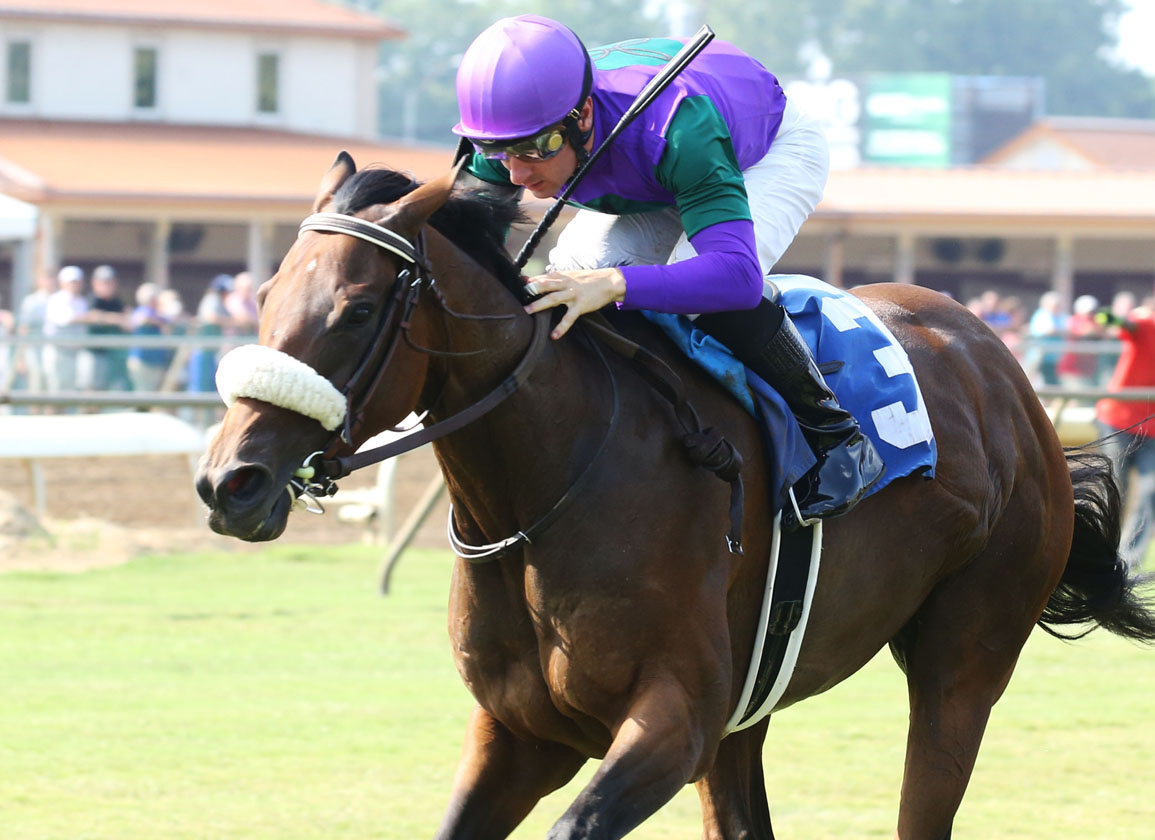 SM: I give those guys credit because it's a really hard thing. It just seems like this is the trend now and in some ways, it makes it easier for these big owners if their trainer has four or five divisions because they can utilize those other tracks as opposed to me being at just one track. On the other hand, I guess it does hurt [the sport] because with trainers who have 100 maidens, it can be an issue at some tracks when it comes to filling races. But again, for an owner, if your trainer has five outfits and your horse doesn't fit in one division, they can just send them to the other division.

With training in general, you're trying to manage the horses and handle the clients and do right by them. When you have four divisions, it's like managing four different businesses, so it becomes a challenge. I can remember back in the early 1980's, D. Wayne Lukas was one of the first guys to have the big divisions. When I worked for John Veitch at that time, if someone had 30 or 40 horses, that was considered a huge string. Nowadays that's not nothing, but it might be considered small.

It's an owner's prerogative and it's their choice. Everyone has their reasons of why they go to a certain trainer and of course the better you do as a trainer, it seems to be the best advertisement for getting new clients. It's a numbers game. When you have more horses, you're going to run more and you're usually going to win more.

It's a trade-off in different things. Most of the guys that have the big outfits have really good help, like Dave Carroll who is the assistant trainer for Mark Casse. Dave trained on his own for 20 years. So it all depends on the owner. I have some good, loyal people who always send me horses.

SM: It's about the excitement of coming in every day and having new hope. When new horses come in or you get some young horses, you always have that hope that they're going to turn out to be something really good. Working with the young horses, teaching them about the gate and the other different things you teach them before they get to the races is a challenge, but it's exciting. After you've put in the time and effort with the horse and they turn out to be good, it's a great accomplishment for everyone involved.

SM: In this day and age, it's harder finding employees with the way things have gone and with me having a smaller stable.

It's always disappointing when horses get hurt. You always try to do right by them and give them the time between races and works. It's never easy, no matter how long you've been training, if they get an injury that they can't come back from. Unfortunately that comes with the territory of training.

KP: If you could change one thing about the state of racing today, what would it be?

SM: I thinks things are going in a positive direction. Since I started in the industry, most things are better in terms of medication and I'm glad of that. I think basic things like licensing can be frustrating and would be much simpler if you could get a general license, but I know all these jurisdictions make money on it so that's a hard thing.

It is hard that over the years, there are these guys like the Navarro's of the world who have pushed the envelope and then there are people like me who play by the rules. Everyone gets penalized and every trainer gets put in the same box. If you do really well, people think you are cheating, but when you don't do well, people look at your statistics and say that this trainer doesn't know what he's doing.

It's disappointing that people have made it come to this because of what they've done. I'm all for doing right by the horse in not over-running them and not over-medicating them, but I do feel like taking away Lasix for these horses is wrong. You're asking these horses to perform and if they do turn out to bleed, they're not getting the Lasix that they need so they can run at the level they're supposed to, so it's unfair to the horse.

KP: What is your bucket list race that you hope to win someday?

SM: Of course, it would be so exciting to win the Kentucky Derby. I actually ran a horse, Request for Parole (Judge T C) in the Derby in 2002 and he finished fifth. That's the race that all your friends who don't following racing know about. To win a race of that magnitude or to get another Breeders' Cup win would be unbelievable.