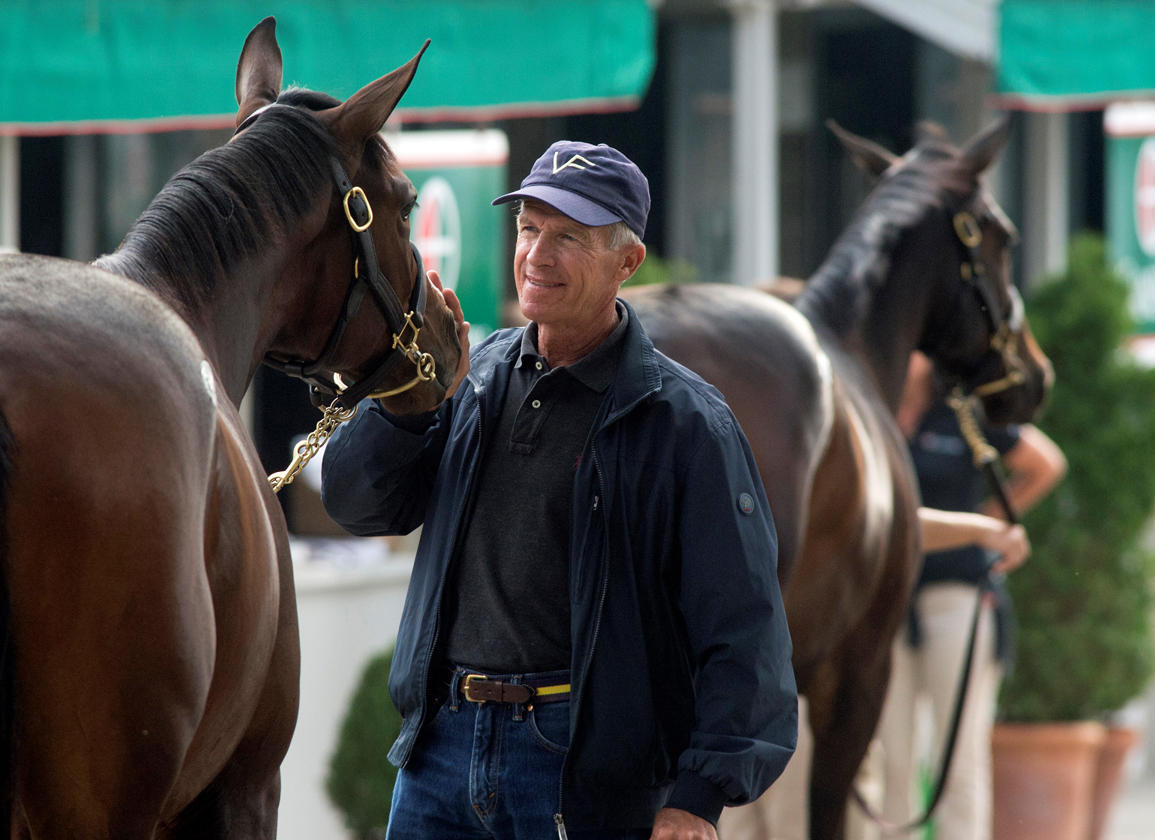 Michael Matz offers a perspective on racing and training that perhaps no one else in history shares as not only a successful trainer, but before that, an accomplished international equestrian who competed in three Olympics and took home the silver medal in the team show jumping competition in 1996. Two years later, Matz transitioned to the racing world and it wasn't long before he made it to the big stage with the unforgettable 2006 Kentucky Derby winner Barbaro (Dynaformer). Other top performers include 2012 GI Belmont S. winner Union Rags (Dixie Union) and 2006 GI Breeders' Cup Distaff victress Round Pond (Awesome Again). As Matz approaches 800 career wins, he compares the state of racing today to that of the show jumping industry several decades ago.

MM: When I first got involved in racing, I had a prior commitment with a young horse named Judgement to try and go to the Sydney Olympic Games in 2000. We made it into the top 15, but we had some better horses on the team. I ended up giving him to Beezie Madden and he was a really nice horse for her.

After that, I felt like the show jumping industry was going the wrong way and I didn't like some of the things going on with management. I always enjoyed the racehorses so I thought I would give it a try and I had my first winner in 1998.

I started out with about five horses in my stable. I have always trained for my family, but over time we started to get some better horses and more clients. At one point we had 60 to 70 horses, but that got hard with the help situation and I didn't want to have so many people watching over my horses. I didn't like being separated with a barn in one place and another barn somewhere else. I like to be a little more hands-on without having these big strings.

KP: When you moved from the show jumping world to the racing world, what was the biggest challenge in making that transition?

MM: Good horses make good riders and good horses make good trainers. When I first started, I didn't have that many good horses and I was looking into how I could get better-quality horses. As anyone can tell you, the good ones are easy to train. I watched and spoke with a lot of the bigger trainers when I first started and I think mostly everyone does things the same way. It's the same as with the show jumpers–the people who have the better horses are winning. You just have to find a way to get those horses.

KP: How many horses are normally in your stable today?

MM: Now, we only have between 20 and 30 horses. It's a little hard right now because it is a numbers game. Things have really changed from how it was when I first started. I mostly train for breeders. I don't have anyone going to the sale and spending millions of dollars. We'll buy some at the sale but that's always a hard situation when you buy one or two and there are four thousand at a sale.

It's getting a bit difficult right now and I think the big thing is that the ownerships have changed. More people are going into partnerships and you have half a dozen trainers getting all the horses. When I first got involved, I think a lot of the owners were a bit more loyal than they are today. The bottom line  for them is asking their trainer, 'What have you done for me lately?' So it is a hard situation when you don't have the numbers. 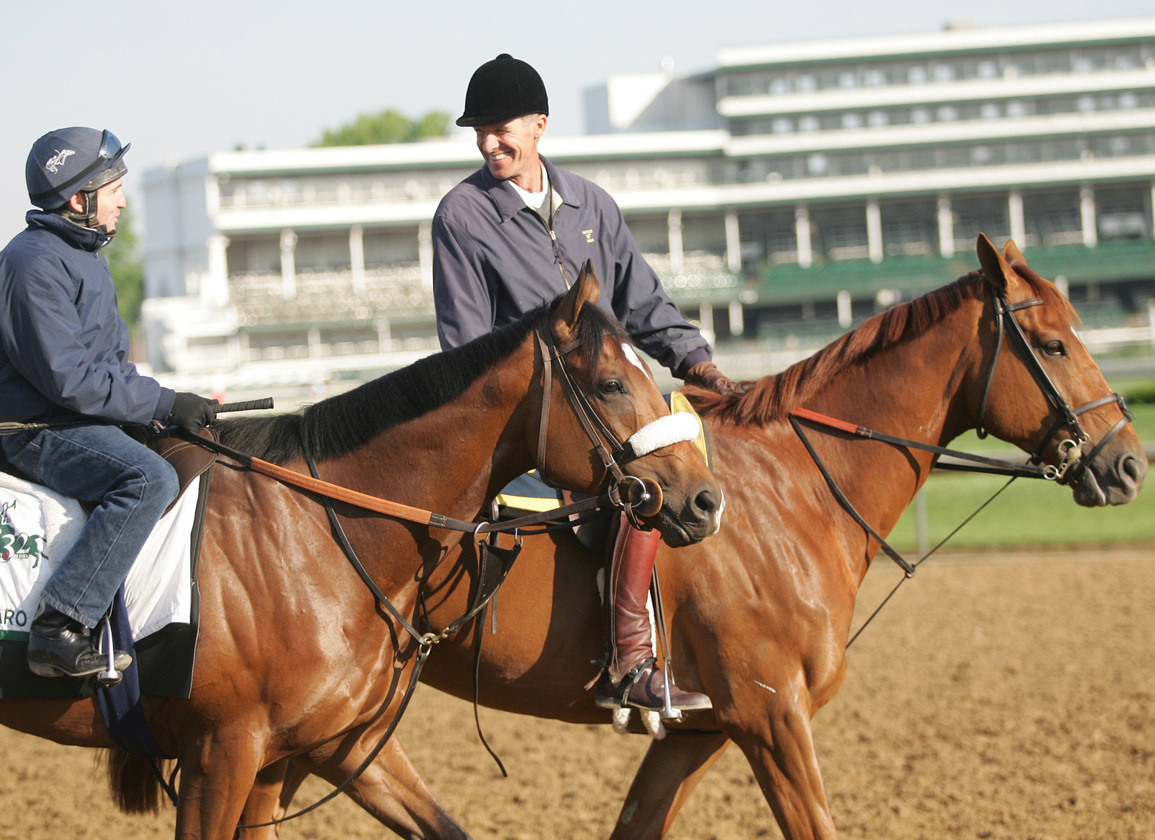 MM: Any small stable can be a bit more personalized. You know your horses better than someone who has 200 or 300 horses. At this point in my career, I don't think I could handle that physically or mentally. Also, now that my children are competing in show jumping, I want to be able to watch them ride.

MM: The obvious benefit is that if you ask someone to train your horse, that person is going to be training the horse. It won't be his main assistant or second assistant or third assistant. The biggest opportunity that you have is that you know who will be training your horse and know that they can probably keep a better eye on the situation. That's my opinion and it's why it was hard for me when I had more than 50 horses. I just felt like everyone has a different view of something and if you don't keep your own eye on the horse, there are things that can happen that will go unnoticed.

MM: I don't know that they are bad. Obviously if they're getting all those horses, they deserve those horses because they've done well. For an owner, it's all about personal preference. If you want to be one of 200, that's fine. But it is all about numbers. It seems like it has gotten to the point where if one horse doesn't work out, they can just bring in the next one.

MM: It's a pleasure to be around the animals all the time. The enjoyment and thrill when a horse wins is such an accomplishment. I'm very lucky right now that the people I have as owners could not be a nicer group. I don't have a lot of clients now at this point in my career, but the people I do have are wonderful and they all really love their horses.

MM: I do think there are things going wrong in our sport. It's funny, some of the things that I think were going wrong when I was involved in show jumping are the things we have problems with now in racing with each state wanting to do their own thing and have their own rules. 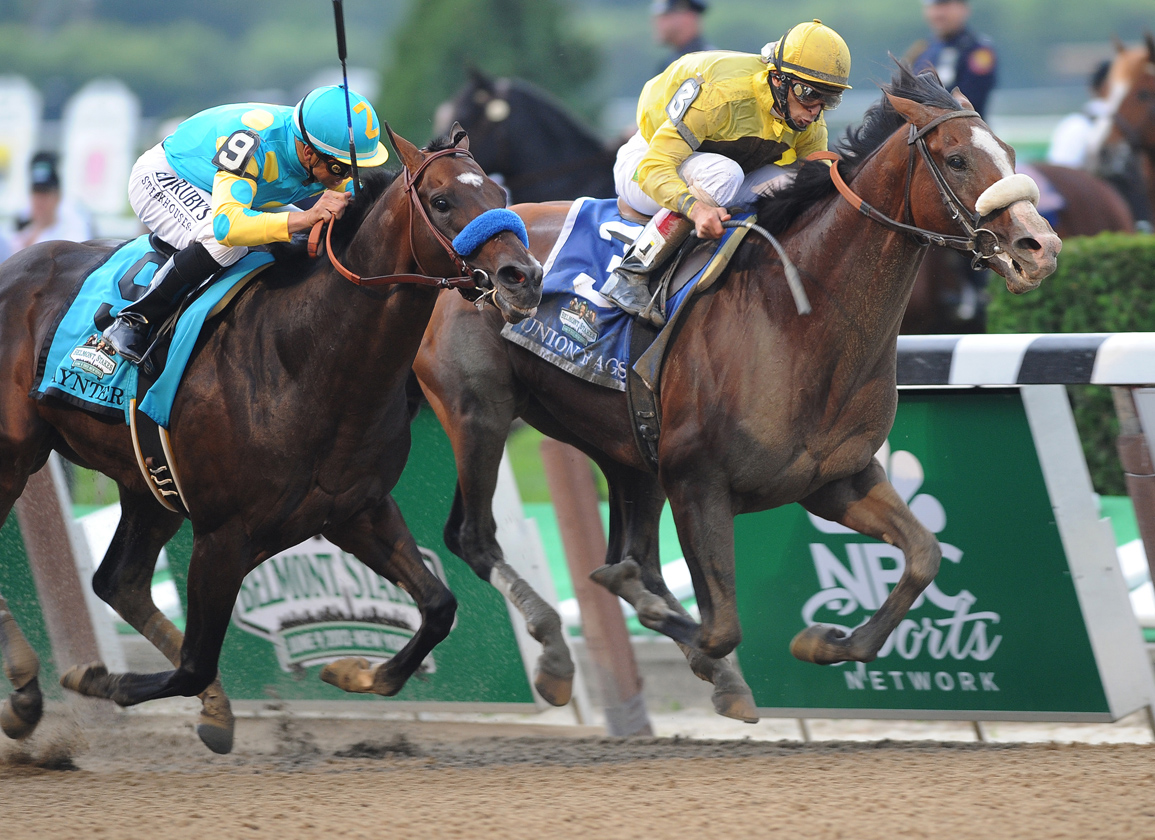 I do think that when people are penalized, it should be a lot harsher penalty. Right now, I think organizations are afraid to do anything because someone can just get a lawyer and sue them. Whatever the rule is, we need to make sure it's the same for everyone and that we all start at the same starting gate and finish at the same finish line without one person starting 10 lengths in front of everyone else.

KP: Do you think the Horseracing Integrity and Safety Act (HISA) would help achieve the uniformity you mentioned in regards to rules and penalties?

MM: Nothing is really happening otherwise, so I think we have to go that way so that something does happen. I wish that something could have already happened, but right now every state has their own rules and regulations and nobody has a set standard that they're going by. The disappointing part about it is that nothing changes. If people get caught with something, they have to have serious penalties.

I think the biggest thing I don't care for is that if a trainer does get suspended, all they do is put their assistant in and the stable keeps running like normal. Maybe if penalties were actually enforced, things could happen so that smaller trainers could get some more horses.

KP: What horse was the most influential to your career?

MM: With show horses, it would be [1981 Show Jumping World Cup winner] Jet Run, who I had for a long time and was a great horse.

With racehorses, the best horse I ever had was obviously Barbaro. We will never know just how good he was, but he was pretty good.

To catch up on our 'Smaller But Still Super' series, click here.