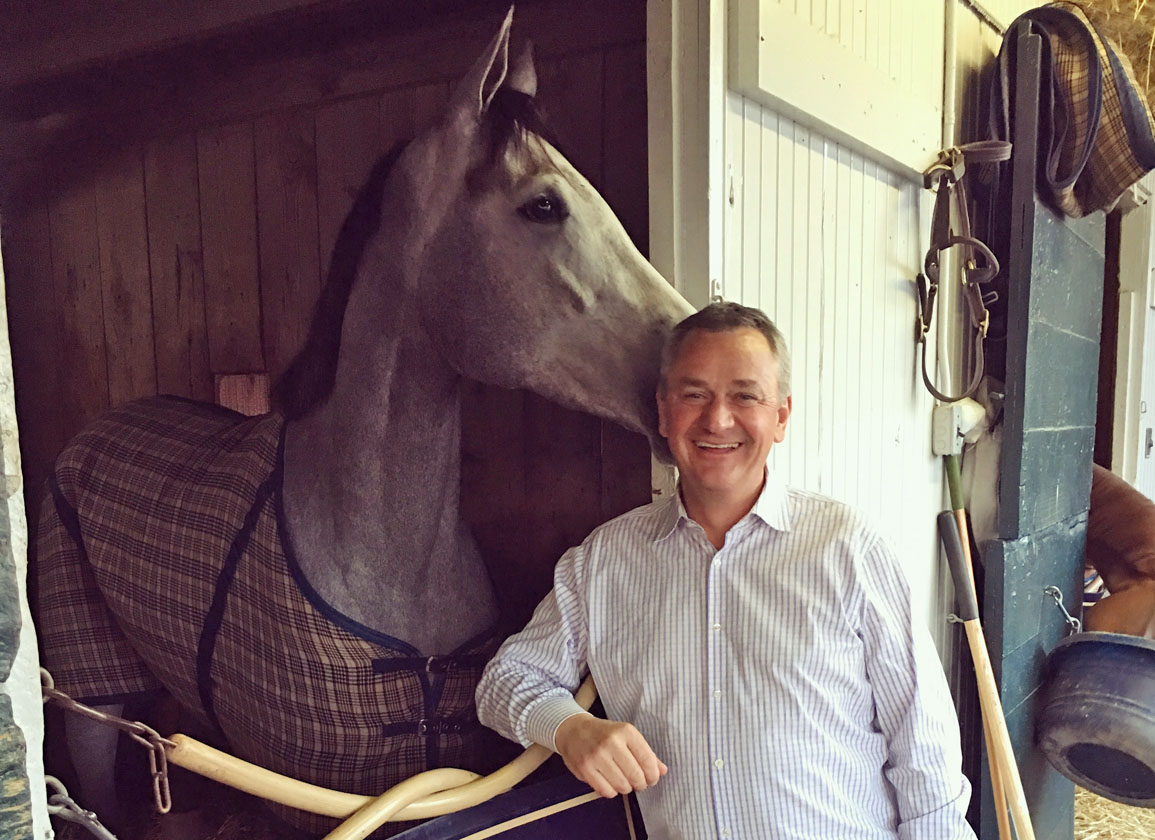 Growing up in Ireland, Eddie Kenneally's favorite day of the week was when his father would take him to visit their local steeplechase track. Now a multiple Grade I-winning trainer, Kenneally looks back and pinpoints those days at the track as defining moments in his life when he developed his love for the horse at a young age. After nearly 30 years of running his own operation, the Kentucky-based trainer has developed two million-dollar earners–2007 G1 Dubai Golden Shaheen winner Kelly's Landing (Patton) and 2016 GI Stephen Foster H. victor Bradester (Lion Heart). This year, he earned his 1,000th career victory and was represented by GI Bruce D. S. winner Point Me By (Point of Entry).

EK: I grew up in Waterford in Ireland and my dad was a big fan of steeplechase racing. He would take us to the local races at least once a week. That's when I first got a liking for horses and racing. We grew up on a dairy farm and we always had some horses there that my dad would break and train, so I grew up riding from a very young age.

I was fortunate enough to get my first real job in the industry working for one of the leading pinhookers in Europe with Tim Hyde at Camas Park Stud. He has a great reputation and I spent a few years doing yearling prep and breaking for him. He was connected with Pegasus Stud Farm in Lexington so I was able to come here for a work experience program in 1987. I loved the Lexington area and decided that I wanted to stay. I worked at Pegasus for a year and then galloped horses for Rusty Arnold at Keeneland.

After I spent a year with Rusty, I had an opportunity to become an assistant for Tom Skiffington, who was one of the leading trainers in New York at the time. It was a great education and I learned a lot from him. Through the exposure I got as an assistant, I decided to start training on my own in 1993.

For the first few years, we started out pretty small. It took a while to get established. I was spending my summers in Kentucky and winters in New Orleans and we were holding at about 12 to 15 horses for the first six or eight years. The business wasn't growing as big as I had hoped and the success hadn't really happened as much as I had hoped.

Eventually we had an opportunity to start working for Jack Lally of Summerplace Farm, who had a really nice horse named Kelly's Landing (Patton). That horse helped propel my business to the next level. At around the same time we started to train for Ron and Ricki Rashinski of Homewrecker Racing. They had a filly named Bushfire (Louis Quatorze) who won three Grade I races for us and was an Eclipse finalist as a 3-year-old. We still train for both of those clients today and they really helped get my career off the ground along with longtime client Joe Sutton, who had Grade I winner Bradester (Lion Heart) with us a few years ago. 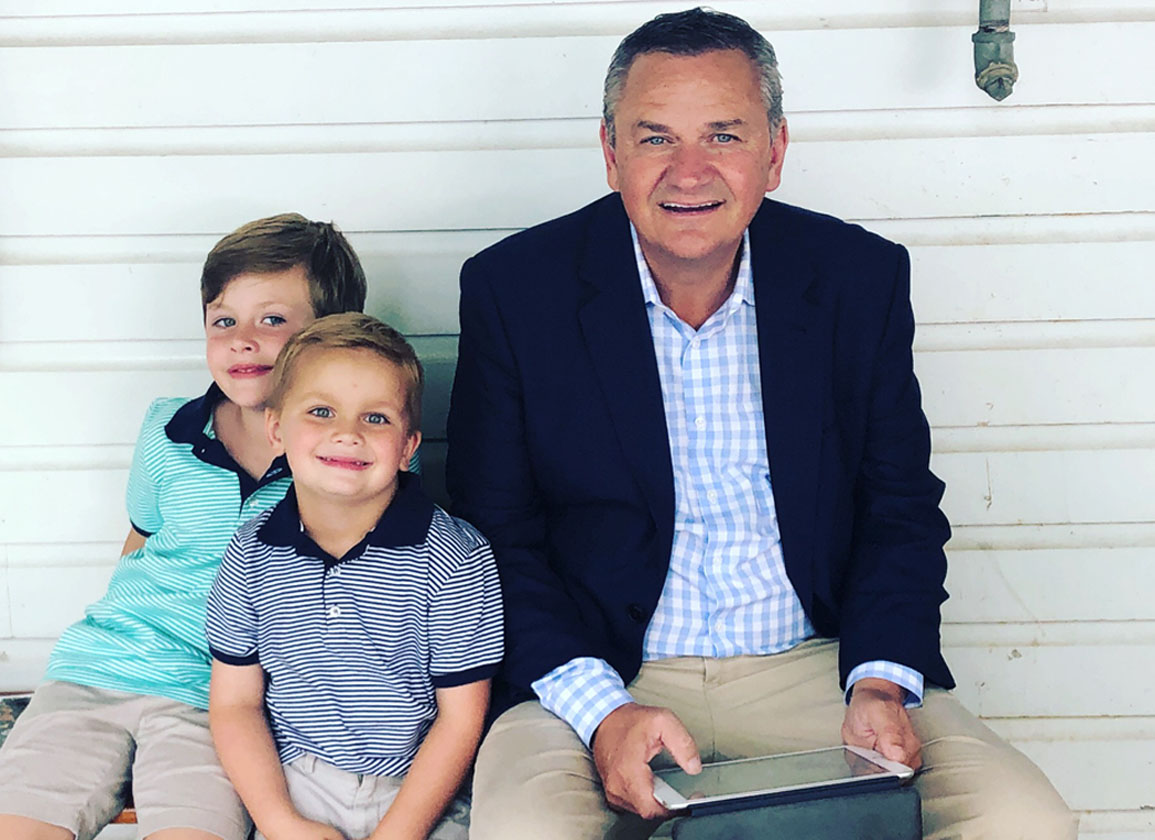 EK: We're at a comfortable number now because I am spending a lot of time with my two young kids. They play a lot of baseball so I have a lot going on with family. Our stable has been at about 50 head for the past few years. We have about 20 at Keeneland and 30 at Churchill Downs, so we have two divisions and two assistant trainers, Kelly Wheeler and Kevin Glodowski, who are a huge part of our operation.

Six or eight years ago, we would have had closer to 70 horses, but 50 is a good number for where I'm at right now. About five years ago, I decided to discontinue my New York division. I've scaled back a little bit and we don't spend nearly as much time in New York, partly because we decided to stay closer to home and also because the purses have increased dramatically in Kentucky. I probably could have more horses if I wanted to, but this number works for me.

EK: I'm very hands on. I'm on the road a lot between Louisville and Lexington all year and I like to be at the barn every day. I look forward to going out every morning, but it's hard work and I think a person needs to stay on it. You can't get complacent and you need to be willing to put in the time to maintain it.

EK: Obviously, the smaller trainers aren't going to win as many races because they don't run as many horses. So you aren't going to get as much exposure as with a guy who has 10 times more horses than I do. But I don't envy any of [the larger outfits].  I say good for them for having 300 or 400 horses. 50 works well for me and we have some great clients who appreciate what we do and we certainly appreciate them.

I think that the clients of super trainers might not get the same opportunities because for every condition, their trainer may have several horses and will probably only end up running one of them. For instance, if you have a turf maiden filly, the trainer might have 20 of those when the race comes up but they're only going to run one or two. The owners of the other horses will have to just wait for their turn. So it wouldn't work for me. I think we can give better customer service with a smaller operation like ours.

EK: A lot of the stuff that goes on in this game is out of our control. This is out of my control so it doesn't matter what my opinion is about it. If some guys have a lot of horses, then good for them.

EK: I enjoy waking up every morning and being hands-on with every horse in my barn, getting to know them and develop them. Being self-employed and having my own business allows me to have flexibility where I can spend time with my kids and my wife. Sure, I have to get up in the middle of the night to go to work, but I've been doing that a long time and I've adapted to it.

One of the most frustrating things with the state of racing in this country at the moment is how penalties are not equal for violations of the same sort in different states. Violations and penalties are not implemented in the same way and the testing and rules are different in every state.

When we get under uniform rules, I'm hopeful that will take away some of the frustration and maybe establish a more level playing field because I do think it's not quite as fair as it could be. The penalties are not harsh enough for the people who can't abide by the rules and it's frustrating for someone like me who has never had a suspension to run against people who are multiple offenders and continue to bend the rules when there's no real incentive for them to stop.

KP: Do you think the Horseracing Integrity and Safety Act (HISA) would help achieve the uniformity you mentioned?

EK: I think uniformity would be great if it could be implemented, but I think it's going to be a tough process going from where we are right now to where that is up and running and achieving what it is set out to accomplish. In theory, it sounds good and hopefully we'll be able to get there, but it won't be easy.

KP: Earlier you talked about when you first set out on your own and your stable was very small. What advice would you have for younger trainers who are just getting started and hope to establish a stable like yours someday?

EK: The advice I would give to younger people who want to train is that the key is to try to get around someone who is successful that they look up to and admire. Spend the time working as an assistant for long enough that they can get enough contacts and experience before they begin to train. The game has changed a lot and I think communication is vital. For young people starting out, I would recommend to travel and go to another country to work in racing and see as much as you can before you start training on your own. Put in the time beforehand and it will benefit you down the road.

KP: What horse do you look back on as one you will always remember for having one of the biggest personalities?

EK: The first horse that comes to mind is a filly called Girls Know Best (Caleb's Posse). I claimed her in partnership, which is something I do with a large portion of my stable, with Brian Chenvert. She won over half a million in purses after we claimed her, winning three stakes and placing in about seven others. She was just a filly who was rock solid and tried hard every time. She was around the barn for quite some time and was often on her toes. She was just a really fun filly to be around.

Another horse would definitely by Kelly's Landing. He was such a dude. He was very particular and definitely wasn't nice to everyone, but we go along great and he eventually became my stable pony when he retired from racing.

To nominate a trainer for this ongoing series, email [email protected] General criteria: Multiple graded stakes-winning trainer, fewer than 300 starts this year, has trained for over 20 years and accumulated no more than approximately $50 million in career earnings.