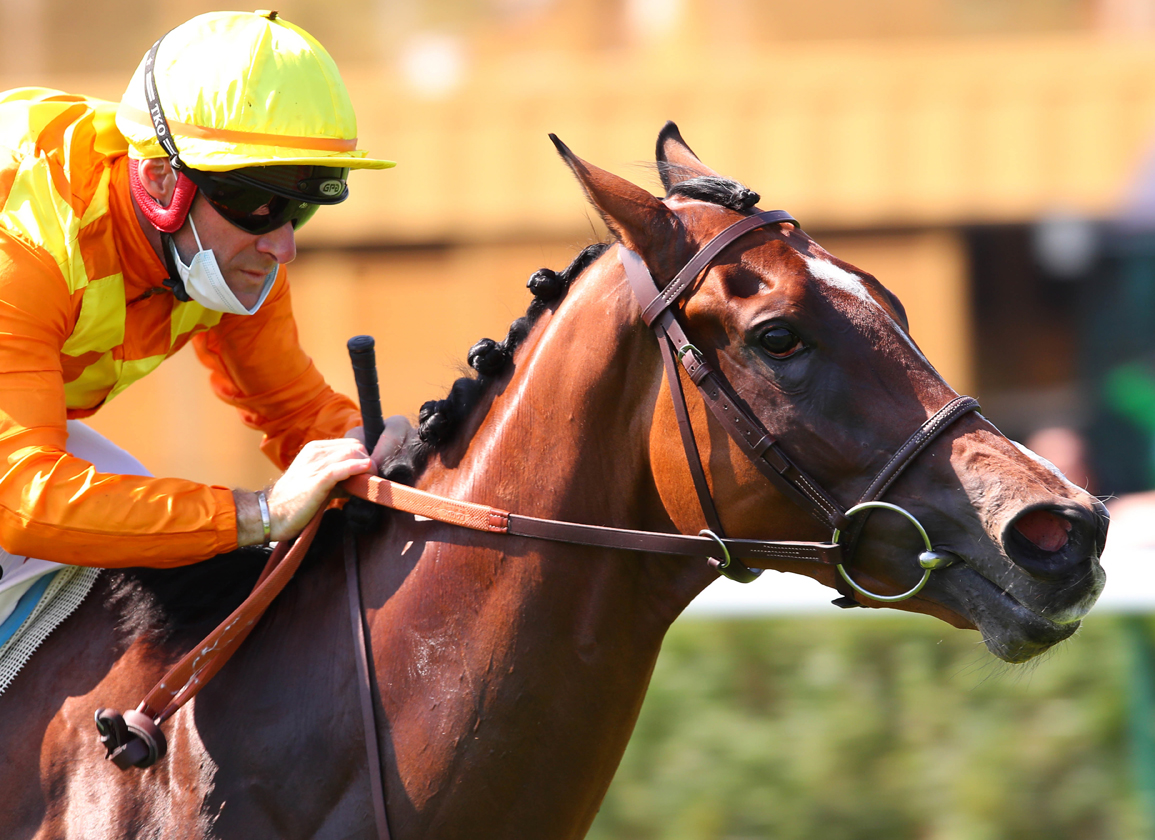 Largely unconsidered as the 26-1 outsider of six, Merry Fox Stud's homebred 2-year-old filly Acer Alley (GB) (Siyouni {Fr}) created waves with a late burst for glory in Sunday's G3 Prix La Rochette at ParisLongchamp. She had previously bettered a June 11 first-up fourth going seven furlongs at Compiegne with a June 21 Saint-Cloud maiden score over the same trip in her only other start last time and raced fifth of the six runners from flagfall here. Nudged into contention with 500 metres remaining, Acer Alley came under increased pressure once inside the final quarter mile and displayed a smart turn of foot in the closing stages to swoop late for a career high. At the line, Acer Alley held a half-length advantage from Making Moovies (Ire) (Dabirsim {Fr}), who edged out British raider El Bodegon (Ire) (Kodiac {GB}) by a short neck for second, and will now point to next month's G1 Prix Marcel Boussac for her next outing.

“The idea was to go to the [G3] Prix Six Perfections in Deauville, after she won at Saint-Cloud last time, but I felt she was not quite ready for that race,” revealed winning trainer Francis Graffard. “She just needed more time and the owner [Craig Bennett] trusted my judgement. She came back right again and had been working very well at home, but you never know what might happen on the track as this was only her third career start and facing colts for the first time. We thought we had to give it a try to see if we had any chance of going for a Group 1 on Arc weekend. The owner is a breeder, he would love to win the [G1] Prix Marcel Boussac and, if she's well, we will go for that.”