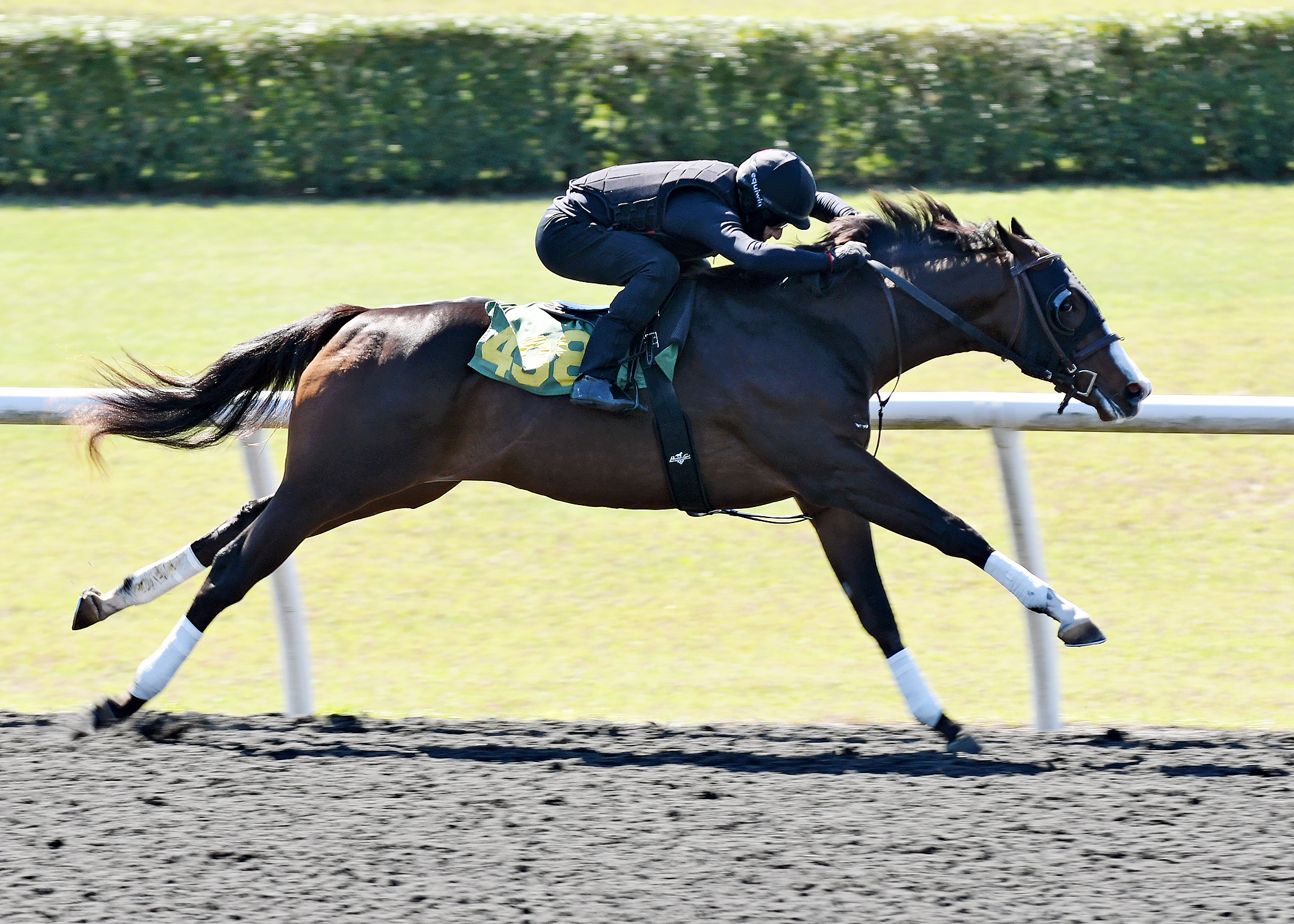 The under-tack show for the Ocala Breeders' Sales Company's March Sale of 2-Year-Olds in Training, twice delayed by weather, concluded Sunday in Central Florida with six juveniles sharing the fastest furlong time of :9 4/5 and three equaling the day's fastest quarter-mile time of :20 4/5.

The under-tack show opened as scheduled last Thursday morning, but the day's final set was pushed back by severe thunder storms in the area. The show's final session had been set for Saturday, but more bad weather caused sales officials to push the session back to Sunday.

Despite the delays, Dunne said the track played fairly throughout the three sessions of the under-tack show.

“From our point of view, I think the track was consistent all three days based on how they trained at home and how they prepped in there,” he said. “They all pretty much worked to expectations. I don't think anybody worked worse than we expected because of the track condition.”

Wavertree sent out its sixth juvenile of the under-tack show to work in :9 4/5 when hip 437, a colt from the first crop of GI Met Mile winner Mor Spirit, hit that mark Sunday morning. Out of Follow My Tail (Indian Charlie), the chestnut was purchased by the Redwings pinhooking partnership for $160,000 at last year's Fasig-Tipton July sale.

“He's always been a highly regarded horse,” Dunne said. “He is a beautiful physical, a lovely horse. He always has been. It wasn't unexpected that he would work really well. But you are always pleasantly surprised when they go that well.”

Asked if he saw similarities between the two, Dunne said, “None whatsoever. They are both fancy movers who cover a lot of ground, but physically they are a lot different.”

Another first-crop sire represented by a :9 4/5 work Sunday was Bolt d'Oro. Hip 438 was the third colt by the multiple Grade I winner to hit that mark during the under-tack show. Out of Foolish Cause (Giant's Causeway), the dark bay colt is consigned by Top Line Sales and was purchased by the Gladwells' Exclusive Equine Investments for $200,000 at last year's Keeneland September sale.

Hip 534, a daughter of Midshipman out of Kalistoga Girl (Tapit), covered her furlong in :9 4/5 for Cruzin' Thoroughbreds and hip 631, a colt by Goldencents out of Ms Hallie (Stormy Atlantic), worked in :9 4/5 for consignor Jose Munoz.

A pair of juveniles equaled Sunday's furlong bullet during the day's final set. Hip 544, a filly by Shackleford out of Key is to Win (Dixie Union) consigned by Longoria Training & Sales, completed her :9 4/5 work just before 4 p.m. Sunday afternoon. Hip 545, a son of Uncaptured out of Keyvacious (Teuflesberg) consigned by Hawk's Rest LLC, turned in his :9 4/5 work some 15 minutes later.

Among the bullet :20 4/5 quarter-mile breezers Sunday was hip 446, a colt by Violence out of graded stakes winner Freedom Star (Street Cry {Ire}), who is consigned by Eddie Woods. Hip 456, a first-crop colt by multiple graded stakes winner Awesome Slew out of Genau (Into Mischief), turned in his :20 4/5 work for Ocala Stud.

A colt by Bayern (hip 139) turned in the under-tack show's fastest furlong of :9 3/5 during Thursday's first session, while a filly by Adios Charlie (hip 213) had the week's fastest quarter-mile work of :20 2/5 Friday.

The OBS March sale will begin Tuesday with a session which has been pushed back to a 1 p.m. start time to compensate for the delayed breezes. The auction's second and final session begins Wednesday at 10:30 a.m.