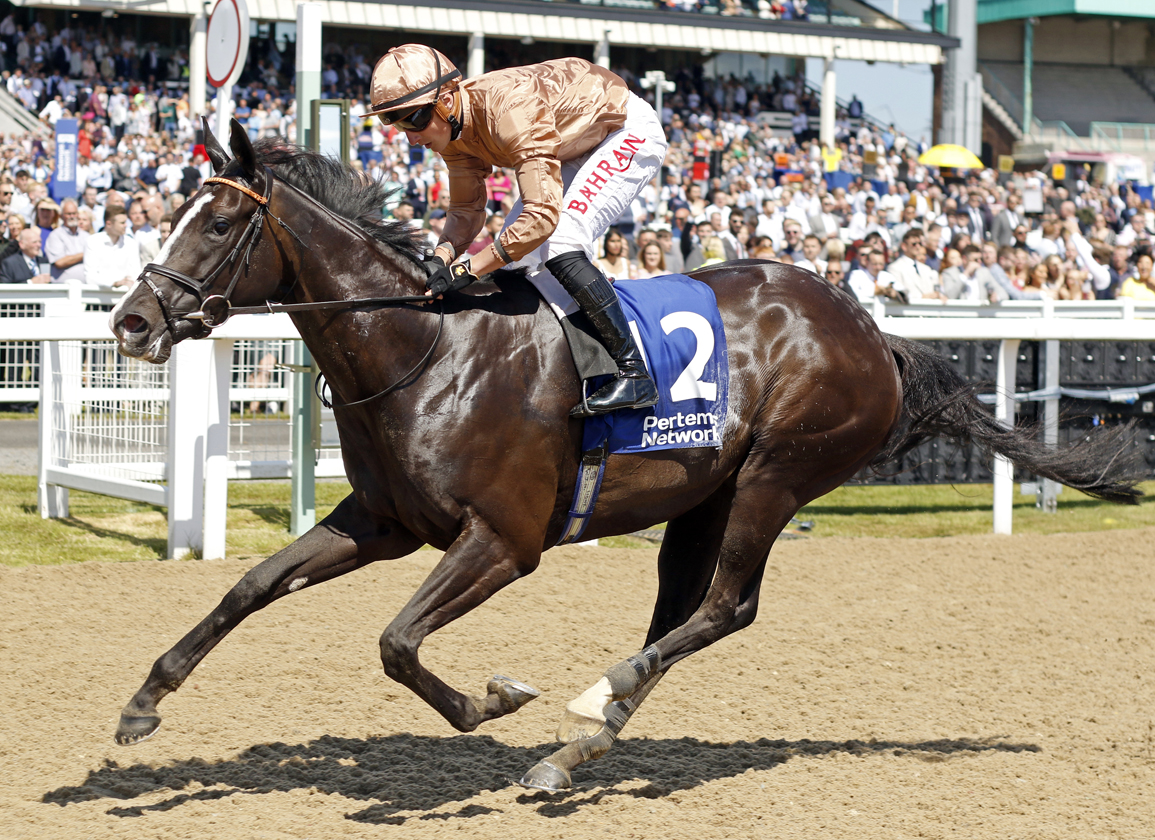 “She's a filly I've always been a big fan of, as has everyone, and that was really impressive,” said winning rider Tom Marquand. “She's really getting the hang of it now, she's becoming more professional and she's a hell of a lot stronger too. She's becoming the complete sprinting model as she progresses and God only knows how good she could be. I was really impressed with her at Redcar and she beat Flotus at Haydock, who had Group 1 form and showed it again at [Royal] Ascot. Hopefully this filly can make the step up into that class at some point.”

Sense of Duty is the second of four foals and lone performer out of a multiple-winning full-sister to G3 Fred Darling S. second Sharnberry (GB) (Shamardal), herself the leading representative of Listed St Hugh's S. second Wimple (Kingmambo). She is a half-sister to the unraced to the unraced 2-year-old filly Sanction (GB) (Camelot {GB}) and a yearling colt by Too Darn Hot (GB). The March-foaled dark day's third dam Tunicle (Dixieland Band) is a half-sister to GI Haskell Invitational runner-up and MSW sire Baron de Vaux (Val de l'Orne {Fr}).

Some performance! Sense Of Duty wins the Group 3 Pertemps Network Chipchase Stakes at @NewcastleRaces for @TomMarquand and William Haggas! pic.twitter.com/6y6CLj1Nv9