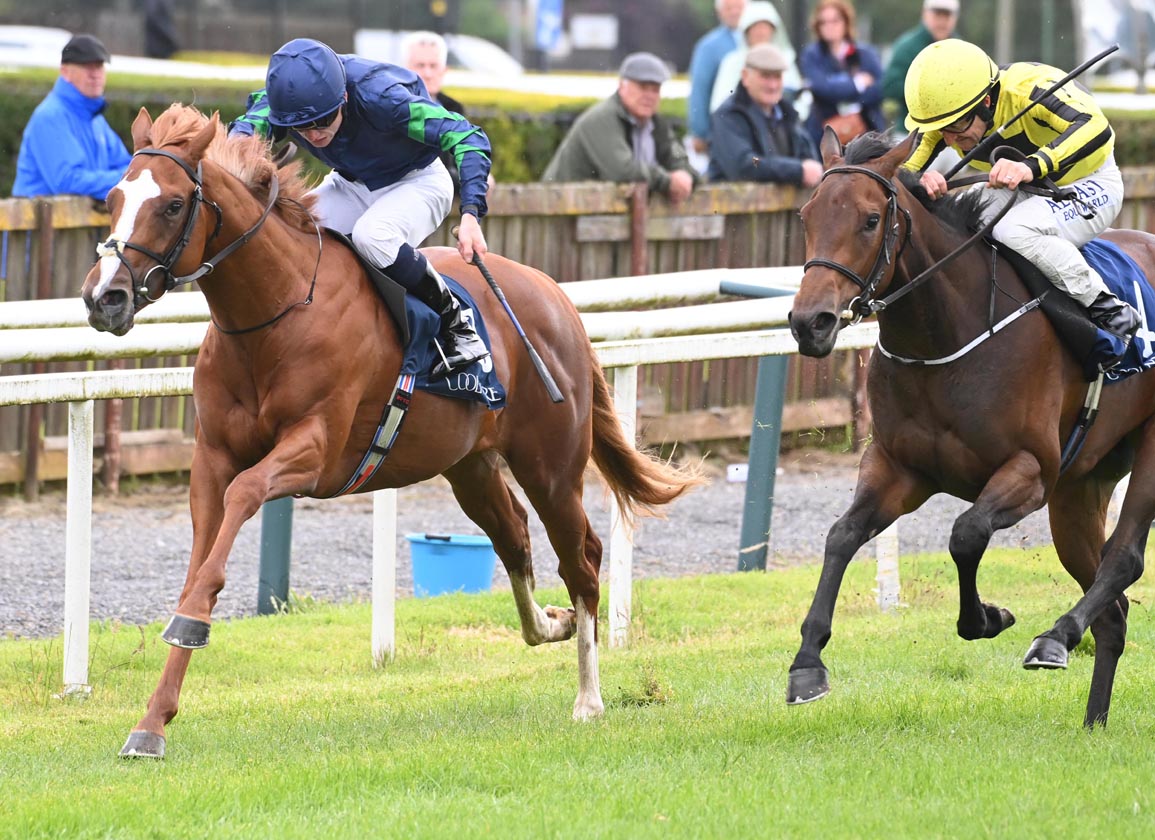 In as tight a finish as it gets, the result of Wednesday's Listed Tipperary S. was decided merely by the way each of the trio Wodao (Fr) (Showcasing {GB}), Ardad's Great (GB) (Ardad {Ire}) and The Antarctic (Ire) (Dark Angel {Ire}) were bobbing as the photo was taken with the former getting the luck as his nose thrust briefly in front of his two rivals. Admirably consistent since his introduction when fifth in the hot six-furlong Curragh maiden Apr. 10 contested by Tough Talk (Ire) (Kingman {GB}), Little Big Bear (Ire) (No Nay Never) and Shartash (Ire) (Invincible Spirit {Ire}), Wodao had been second and third to The Antarctic on his next two starts over this course and distance Apr. 21 and at Naas May 15 before getting off the mark in style at Navan May 28.

Eighth when re-opposing Little Big Bear in Royal Ascot's Listed Windsor Castle S. a fortnight prior to this, the 5-4 second favourite was sent straight into the firing line by Gavin Ryan as The Antarctic blew the start and despite the onslaught from that rival and Ardad's Great between them in the run to the line gave typically generously to get the verdict. “He is a tough horse, tries his best and I think he is improving,” trainer Donnacha O'Brien said. “He didn't get an easy lead today and was hassled on the front and that started to bite in the last half furlong.”

“He is uncomplicated, has plenty of pace and is very genuine so we jumped and let him at it. There was very little between him and The Antarctic and my two- year-olds are improving with every run, so it is good to see him do that. He is a solid, fast horse and we'll have plenty fun with him–there is the [G3] Molecomb Stakes over five furlongs at Goodwood, which we will look at next.”

The winner is so far the only foal out of an unraced daughter of the G1 Coronation S. heroine Balisada (GB) (Kris {GB}), who is a half-sister to the Listed Godolphin S. scorer and dual group-placed Galactic Star (GB) (Galileo {Ire}) from the family of the G3 Dubai Millennium S. winner and G1 Cox Plate third Folkswood (GB) (Exceed and Excel {Aus}).

Wodao, trained by Donnacha O'Brien and ridden by @gavinmryan, bravely holds on from The Antarctic and Ardad's Great to claim Listed honours in the @coolmorestud Ten Sovereigns @tipperaryraces Stakes 👊 pic.twitter.com/PEUdzVxnuk