Home » Archive » Top News » Should the Triple Crown Be Changed? We Ask Trainers to Weigh In

Should the Triple Crown Be Changed? We Ask Trainers to Weigh In 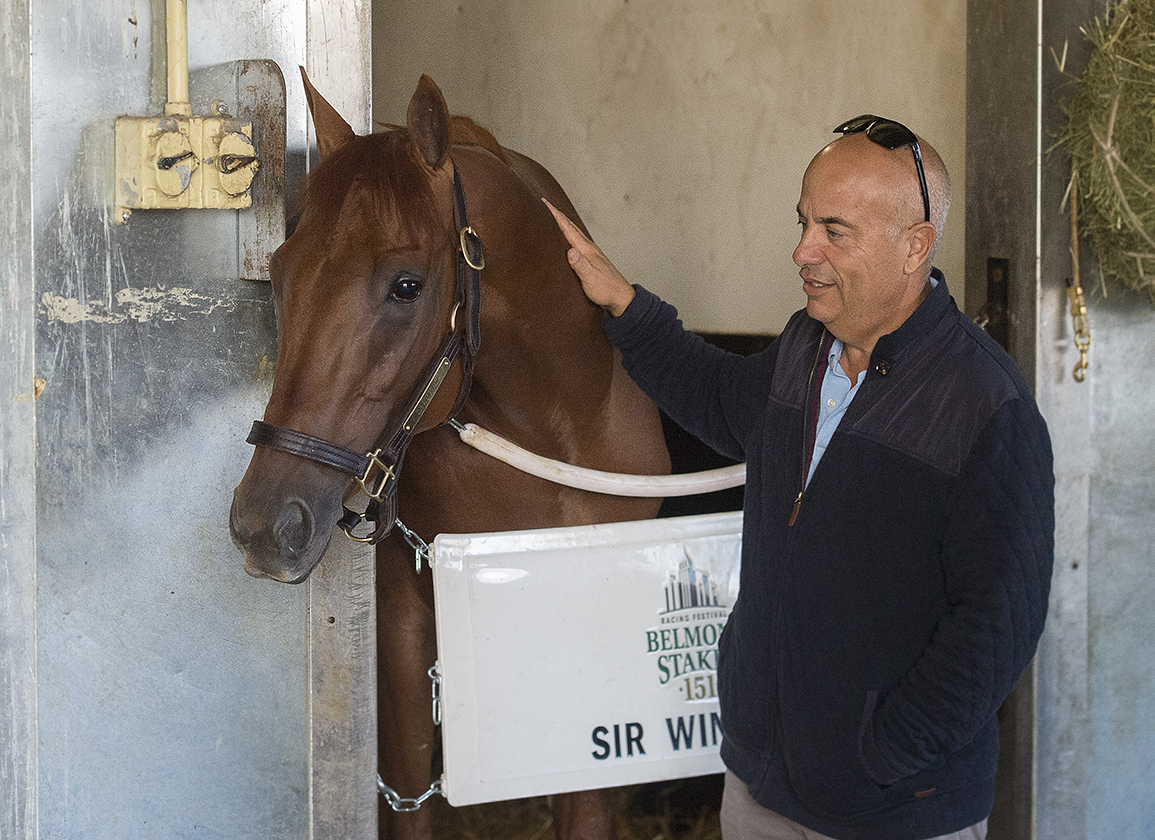 After the connections of GI Kentucky Derby winner Rich Strike (Keen Ice) opted to skip the GI Preakness S. and instead prepare for the GI Belmont S., the structure of the Triple Crown races has been a subject of debate leading up to the second leg of the historic series. Should the timing between the races be adjusted? We asked a few veteran trainers here.

I think it has to stay the same. I think it's nonsense to talk any different. This is history, this is what our game has been about for over a hundred years. The Triple Crown is not supposed to be easy. A horse can handle the racing, especially now where we aren't doing as much prior to the Kentucky Derby.

In the Kentucky Derby, we run at a neutral surface. There has been no racing there all spring. Some horses may have ran there in the fall, but the Churchill Downs racetrack is very different in the fall compared to the spring so I don't feel like there's any home field advantage there. Then we go to Pimlico, where it is definitely a neutral playing field. We see a lot of horses run well in the Kentucky Derby and the Preakness. War of Will (War Front) is a perfect example of that. He was very much hindered in the Derby and he came back and won the Preakness, but he didn't show up in the Belmont. A lot of people would say he was tired, but I would say it had more to do with the fact that they call it Big Sandy for a reason. The surface is very loose and a lot of horses won't handle it.

It's my feeling that anyone stabled at Belmont has a big advantage. The Kentucky Derby and Preakness are run on a neutral battlefield, but the Belmont is not. I think if you look over the last 20 years, a lot of it has to do with there being a home field advantage rather than horses being tired.

That was my reasoning in doing what I did with [2019 Belmont S. winner] Sir Winston (Awesome Again). I ran him in the GIII Peter Pan S., where he ran second, and I thought going into the Belmont that he had a big chance because he was running over a racetrack he had already ran on. There's no question that Belmont is entirely a different world. A lot of times these horses are doing well in the Derby and the Preakness and then are getting beat in the Belmont. They'll say it's because the horse is tired, but I don't think it's that.

I'm always looking for new ideas and new reasons to make things better, but I don't think the Triple Crown should be changed.

I completely disagree with the idea that it would diminish the accomplishment. Sometimes, coming out of the Derby and going into the Preakness, you really don't have to do a lot.  As long as there are no injuries, you can kind of coast in between. If you put a month in between, that would require some good horsemanship. Man and horse will have to work together to maintain that level of brilliance in between the races. It could even make it a tad more challenging. I hate being a contrarian, but I think changing it would be a good thing.

I don't think it should be changed. It's very traditional and one of the reasons why it is so difficult to win is the way the races are spaced.

If they went to three weeks, I wouldn't complain about that. But I think the way it is structured right now adds to the mystique of the Triple Crown. You have to run and you have to have the horse and the knowledge to be able to get the horse from the Derby to the Preakness and then from the Preakness to the Belmont. If I had a horse that ran second or third in the Derby, would I come back in the two weeks? I would think about it.

Check in tomorrow for more responses from industry participants.