Short, But Sweet Field for Selene 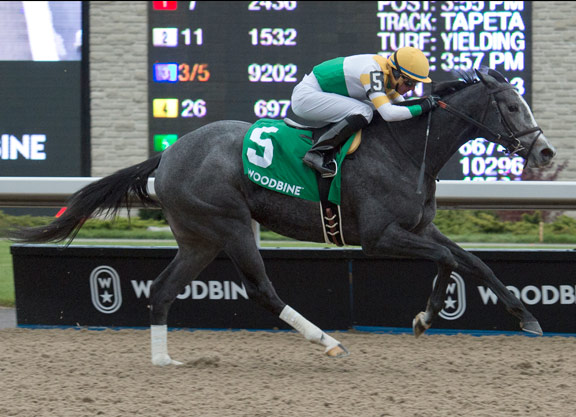 Saturday’s GIII Selene S. at Woodbine has attracted just five runners, but they are a strong quintet highlighted by recent Sovereign Award winner Bold Script (Speightstown). Third in the grassy GI Natalma S. here last September, the gray was second over the local lawn in the Cup and Saucer S. a month later. Romping by 7 1/2 lengths when getting back on the synthetic for the Princess Elizabeth S. Nov. 4, she checked in fifth last time when venturing south for Gulfstream’s GII Davona Dale S. Mar. 2.