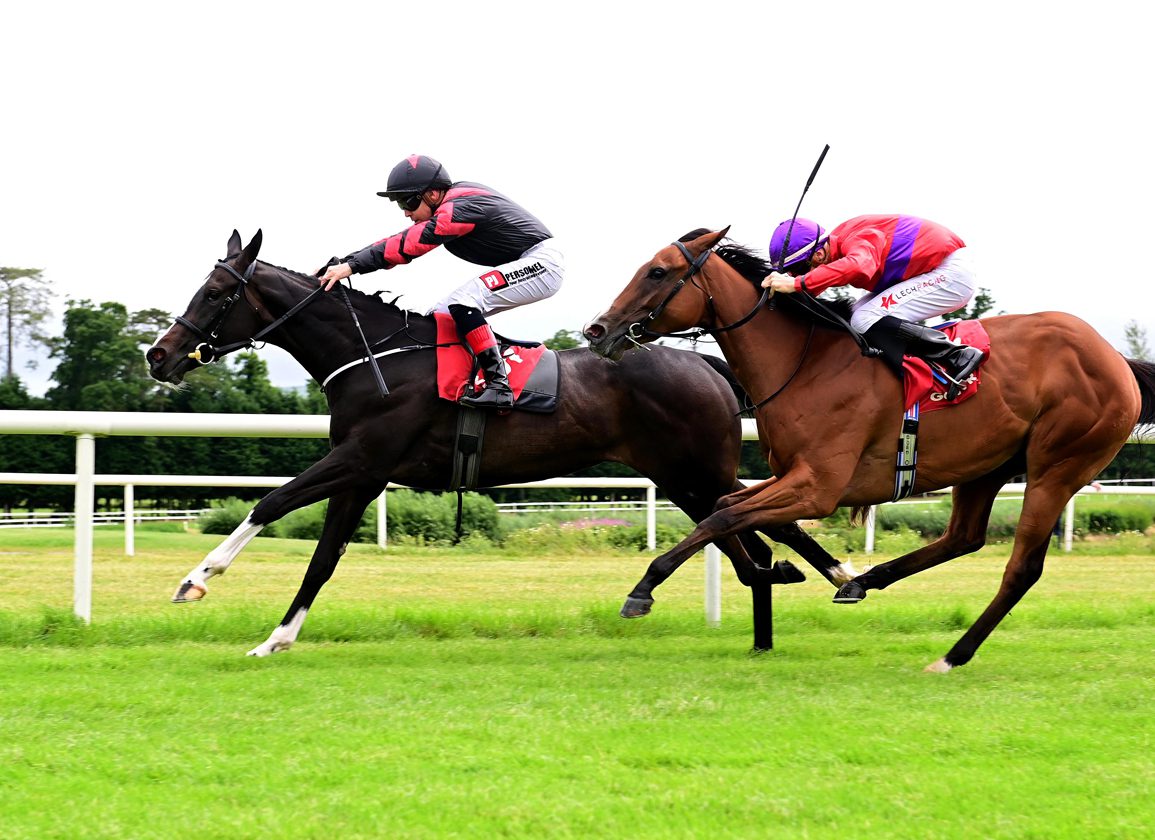 His roots may be deeply entrenched in National Hunt racing and just this spring he won the most famous jumps race of them all–the Grand National with Noble Yeats (Ire) (Yeats {Ire})–but Emmet Mullins has now netted himself yet another major payday–this time on the Flat with a filly that he bred, owned and trained to win a maiden at his local track before selling her for six figures.

Thebestisyettobe (Ire) (Elzaam {Aus}) became the second 2-year-old winner of Mullins's career when sluicing up in the opening seven-furlong maiden at Gowran Park on Saturday and, in the process, announced herself to the international market.

Duckett's Grove was Mullins's first juvenile scorer and, like that Point Of Entry colt who the trainer sold after he broke his maiden tag at the first attempt at Cork back in 2018, Thebestisyettobe is set for export and has already passed the vet.

“That's just the second 2-year-old winner I have trained and it was done from start to finish with Thebestisyettobe, I suppose,” he said. “I bought the mare, bred her locally there in Ballyhane to Elzaam (Aus) through Joe Foley. It was fairytale stuff really.”

Mullins picked up the dam [Kramer Drive (Ire) (Medicean {GB})] of Thebestisyettobe for just €18,000 at the mixed sale at Goffs in February 2016.

“Elzaam is hugely commercial and is also great value. He's constantly getting nice horses and is very desirable on the international market as well as here” – Emmet Mullins, trainer

She has become a proven source of winners, with three of her foals of racing age winning a hatful of races–none more so than Ventura Flame (Ire), by another Ballyhane-based stallion in Dandy Man (Ire), who has won seven in Britain–and Thebestisyettobe shaped like she could be the best of them at Gowran Park.

Mullins said, “Kramer Drive has been a good servant. I sold her first foal as a yearling, Shadow Breaker (Ire) (Excelebration {Ire}), for €12,000 and he went on to make good money after he won a barrier trial for Jimmy Coogan.

“The second foal was Ventura Flame, who I got €48,000 for at the breeze-ups to Middleham Park, and she has won seven races for Keith Dalgleish in Britain.

“Midgetonamission (Ire) (Holy Roman Emperor {Ire}) has won two for David Evans and this one [Thebestisyettobe] was in the sales last year as a yearling but she didn't make enough so I got Martin Wanless to buy her back for me.”

A decision to shop local with Elzaam, who stands less than 10 minutes from Mullins's base, has proved fruitful with the trainer lauding Foley's stallion and describing him as exceptional value.

Mullins said, “Elzaam is hugely commercial and is also great value. He's constantly getting nice horses and is very desirable on the international market as well as here.”

THEBESTISYETTOBE (IRE) built on a third in an @IrishEBF_ Barrier Trial at @DundalkStadium to score on debut in @IrishEBF_ Auction Series Fillies Maiden at @GowranPark1.

With the benefit of a barrier trial under her belt, where she showed distinct promise and afterwards Mullins fielded a couple of inquiries, Thebestisyettobe showed an abundance of ability in accounting for a well-touted Joseph O'Brien-trained filly to get off the mark at Gowran Park.

Less than a week after that highly promising debut, the filly is set to leave Mullins's yard after passing all of the veterinary procedures that come with selling to foreign jurisdictions.

He said, “We got a couple of inquiries after the barrier trial but I felt that I wouldn't get what I wanted for her so I told them [the agents] to keep an eye out for her and that she'd be running in a few weeks and hopefully she will show her true colours. Joseph's filly [Karaoke (Ire) (Acclamation {GB})]was highly-touted and, while I didn't think Thebestisyettobe was a good thing to go and win, I knew she'd run a big race.”

Mullins added, “Fingers crossed, she's passed all of the vetting and we're just waiting on the blood work. I think she's going to America.”

As well as Kramer Drive, Mullins breeds a couple of National Hunt broodmares with his cousin and champion amateur jockey Patrick. The pair have had quite a lot of success, too.

Mullins said, “Patrick and I have two broodmares. I have a leg of Screaming Witness with Patrick. We also bought back her first foal, Dr Machini, after she raced for the Pottses. “Screaming Witness has been an unbelievable broodmare for us. She has had five runners on the track and the five of them were bumper winners.

“Airlie Beach won the G1 Royal Bond Novice Hurdle while Screaming Rose (Ire) (Darsi {Fr}) also got black-type for her so she was a huge foundation mare.

“We have two more out of Screaming Witness–a 2-year-old and a yearling–but she has been retired now as she's quite old. We have a few of Dr Machini's foals on the ground as well. So Patrick and I are breeding those National Hunt mares but I decided to take a chance on this Flat mare in 2016.”

Mullins added, “I'd like to keep about four mares around the place–that's a good number. So two National Hunt mares and maybe two on the Flat. You'd have a lot of stock on the ground breeding out of three or four mares for a few years.

“Kramer Drive was actually unlucky this year. She had a filly foal by Profitable (Ire) who was born on the morning of the Grand National. I thought she was destined to be lucky but, unfortunately, there were complications and we lost her that week. The mare is back in foal to Make Believe (GB). We are staying local-this time with Ballylinch and not Ballyhane!”