'Sho' And Tell As Stayers Line Up At Hanshin 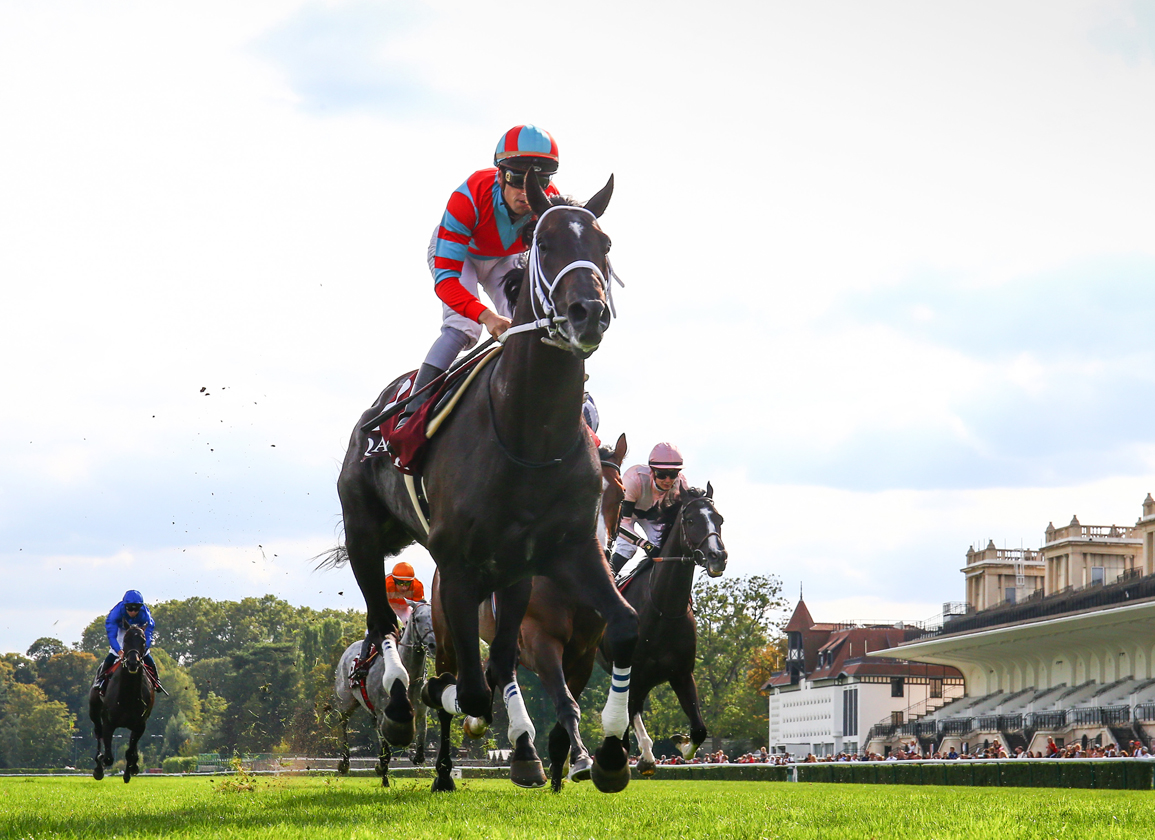 A full field of 18 line up for Sunday's ¥380,000,000 G1 Tenno Sho (Spring) at Hanshin. Leading the charge in the 3200-metre feature, one of the most lucrative staying contests on the planet, is Deep Bond (Jpn) (Kizuna {Jpn}). Still hunting for his first Group 1 win, the 5-year-old has won two editions of the G2 Hanshin Daishoten, and even took his show on the road last year, with a victory in the G2 Prix Foy at ParisLongchamp. He detested the heavy going in the G1 Prix de l'Arc de Triomphe there in his next start, but ran a good second to Japanese Horse of the Year Efforia (Jpn) (Epiphaneia {Jpn}) in the G1 Arima Kinen on Boxing Day, prior to defending his Hanshin Daishoten title on Mar. 20.

Trainer Ryuji Okubo said of his charge's draw widest of all in gate 18, “He can race from any position, I believe. Depending on how the horses on the inside will run, he will be able to stay further, otherwise he can race handy if he steps well from the gate.”

Last year's G1 Kikuka Sho (Japanese St. Leger) hero Titleholder (Jpn) (Duramenta {Jpn}) will not make it an easy task. Also entering the Tenno Sho on a victory, after running out the winner in the G2 Nikkei Sho at Nakayama on Mar. 26, the 4-year-old has pleased trainer Toru Kurita in his most recent work.

Kurita, who supervised Titleholder's final fast piece of work on Miho's woodchip track on Apr. 27, said, “He has done all he needed last week, so I did not give him too much work this week, just keep his condition and checked his balance and saw his changing leads. There is no issue. About draw 16, we just do our best. We will talk the tactics with jockey [Kazuki

Knocking on the door in group company is Iron Barows (Jpn) (Orfevre {Jpn}). Tested beyond the Tenno Sho's trip on Dec. 4, he ran second in the 3600-metre G2 Sports Nippon Sho Stayers S. at Nakayama and resumed with another second-place effort in the 3000-metre Hanshin Daishoten in the wake of Deep Bond.

Trainer Hiroyuki Uemura said, “He has lots of Orfevre–his heart and lungs are very strong, and he has stamina and is a gutsy colt.”

Riding a four-race winning streak, T O Royal (Jpn) (Leontes {Jpn}) is making his third start in group company. Successful in the 3400-metre G3 Diamond S. at Tokyo, this will be the 4-year-old's first try at the highest level.

“He is fit and ready,” said trainer Inao Okada. “He is in good form both mentally and physically. The draw [in seven] is a good draw.”