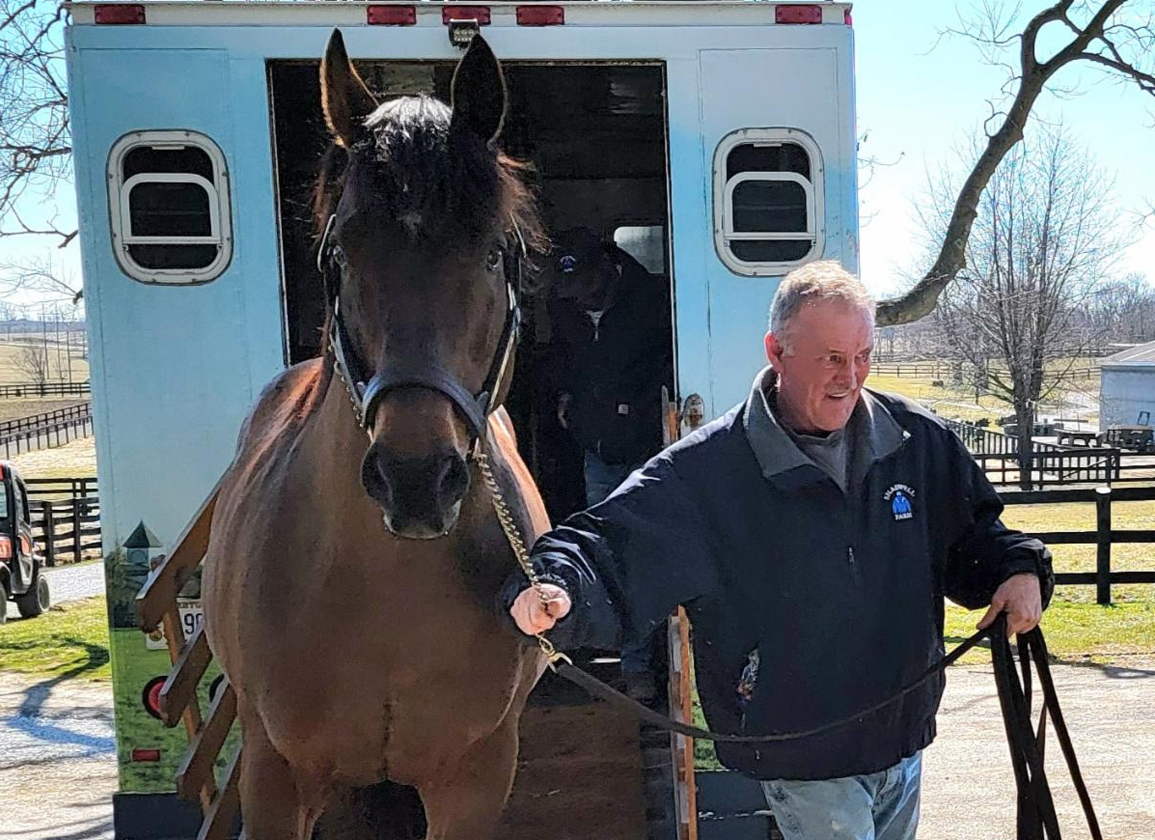 “We are so honored that Michael Blowen and his dedicated staff have elected to bring our retired stallions to Old Friends where they join an array of former superstars,” said Shadwell's Gregory Clarke. “In this wonderful facility, they will be available to the public where adoring fans can get up close and personal.”

Following the death of its founder, His Highness Sheikh Hamdan bin Rashid Al Maktoum, in March of 2021, Shadwell has undergone a reorganization and downsizing of operations in both the U.S. and Europe. This restructuring has included relocating some stallions and selling a substantial number of its racing and breeding stock.

“We are flattered and privileged that Shadwell would trust us with their magnificent stallions,” said Old Friends President and founder Michael Blowen. “Their support, both financially and in their appreciation of the farm, speaks volumes about their generosity. We accept it as a great tribute to the late Sheikh Hamdan bin Rashid Al Maktoum and his irreplaceable legacy to Thoroughbred racing and breeding.”

The new residents are:

ALBERTUS MAXIMUS (18), by Old Friends retiree Albert the Great. Winner of the 2009 GI Donn H. and the 2008 GI Breeders' Cup Dirt Mile, Albertus was retired from racing for stallion duty in 2012.

INTIDAB (29), a Shadwell homebred by Phone Trick, was stakes-placed in England and Dubai before coming to the U.S. where he posted graded stakes wins in the GII A Phenomenon H. and the GII True North H.

MUSTANFAR (29), a Shadwell homebred who earned $625,010, won or placed in nine graded stakes, racing on dirt, turf, and synthetic surfaces. The son of Unbridled won the GIII Sycamore Breeders' Cup, the GIII Lexington S., and has sired winners on both dirt and turf.

DUMAANI (31), a Shadwell homebred, is a multiple graded stakes winner by Danzig. His victories include back-to-back editions of the GIII Keeneland Breeders' Cup Mile, which resulted in the Shadwell Turf Mile being sponsored, and run at Keeneland for over 25 years.

SWAIN (30), a son of Nashwan was a champion in both England and Ireland, also placed in two Breeders' Cup events: the 1996 Turf and the 1998 Classic.