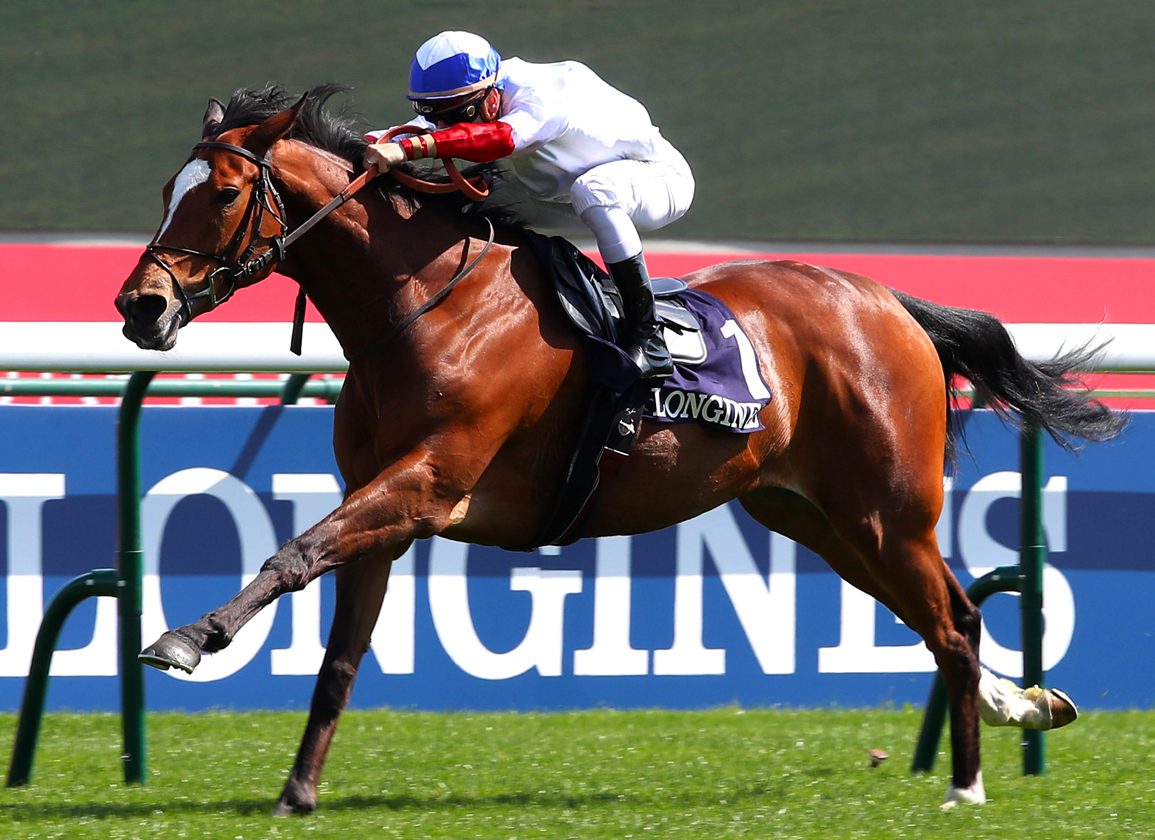 Bred by Elevage Haras de Bourgeauville and sold for €18,000 to Marco Bozzi Bloodstock during Arqana's October Yearling Sale in 2017, the bay made a winning debut in the colours of Bartolo Faraci at Deauville in December of her juvenile season in 2018. Purchased privately by Albert Frassetto, John D'Amato and Mike Pietrangelo over the winter, Grand Glory would go on to take third in the 2019 G1 Prix de Diane. Returning as a 4-year-old, the mare landed the G3 Prix de Flore in heavy ground after placing in a pair of Group 2s earlier that season. At five, she tallied the G3 Grand Prix de Vichy and G1 Prix Jean Romanet in succession, before missing by a nose in the G1 Prix de l'Opera that October.

She went through the Deauville ring again during Arqana's Vente d'Elevage last December, and brought €2.5 million from Yohea acting for Marie. Now a 6-year-old, the bay won the Listed Prix Zarkava this April and the G3 Prix Allez France a month later in the silks of Haras de Hus. Third in Royal Ascot's G1 Prince Of Wales's S., Grand Glory was unplaced in both the G1 Prix Vermeille and G1 Prix de l'Arc de Triomphe. Her record stands at 23-8-4-4, $1,257,387.