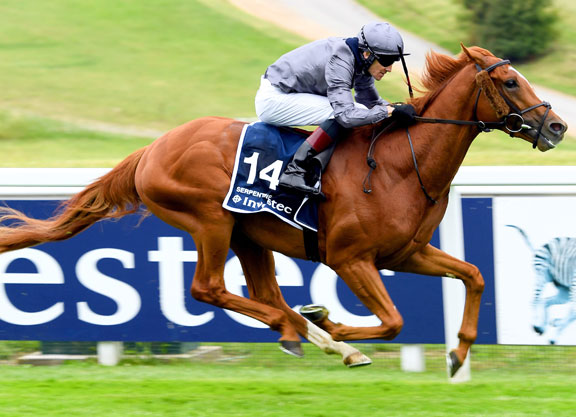 Last year's G1 Derby winner Serpentine (Ire) (Galileo {Ire}) has been supplemented at a cost of £30,000 to next week's G1 Gold Cup at Royal Ascot.

Serpentine has been beaten in three starts since his 25-1 upset in the blue riband last July, including a last-out seventh in the G1 Tattersalls Gold Cup at The Curragh on May 23, and he goes a full mile further in the Gold Cup than he has gone in his seven-race career to date.

Trainer John Gosden issued an update on the 7-year-old Stradivarius on Thursday, saying, “This boy is very vociferous and an absolute riot to be around. He has always been very entertaining and has a great personality. I just tend to let him enjoy himself and, as long as he is enjoying himself, that's all that matters.

“Stradivarius has won four Goodwood Cups, as well as Yorkshire Cups, Doncaster Cups, Lonsdale Cups. They put up the £1 million bonus two years running, thinking nobody would do it, and he knocked it off both years and finished the insurance company off. He has been remarkable. I think the toughest race of his life was actually his first Gold Cup against the great French stayer Vazirabad.

“He worked on the July Course last Tuesday and, touch wood, we are ready to go again. Frankie [Dettori] gave him a little canter this morning in front of the TV cameras and that all went smoothly.”