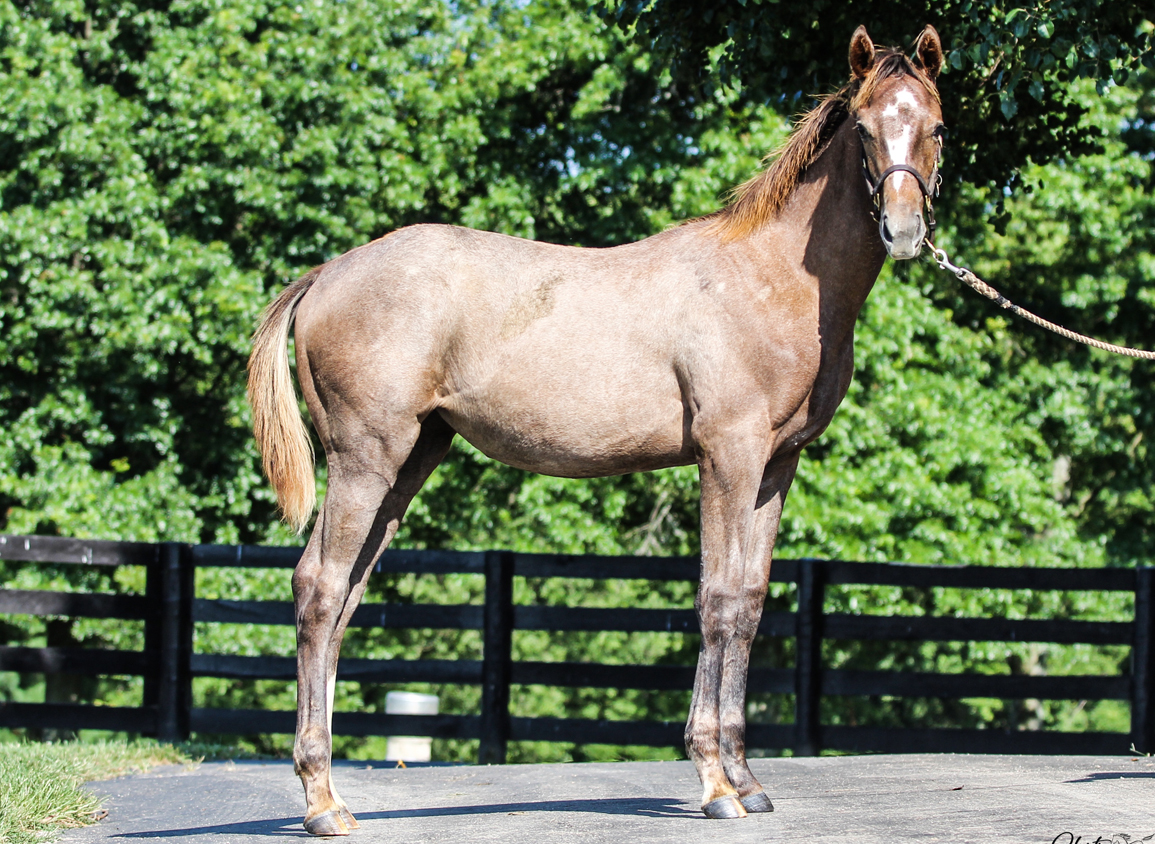 Handbelle as a weanling | Christie DeBernardis

HALF TO BOBBY'S KITTEN DEBUTS IN KY

Robert and Lawana Low went to $550,000 for CLASSY EDITION (Classic Empire) at the Fasig-Tipton Midlantic 2-Year-Old Sale after she breezed in :10 1/5 and she debuts for Todd Pletcher here. Bred by top New York breeders Chester & Mary Broman, the bay is a half-sister to the fleet-footed Newly Minted (Central Banker), who was a four-time stakes winner for trainer Linda Rice. She is also a half to MSP New Girl in Town (Boys At Tosconova). TJCIS PPs

HALF TO ACCELERATE MAKES CAREER BOW

Crawford Farms Racing and Stonestreet Stables' MALIBU KENDALL (Curlin) makes her first trip to the post in this event on the second to last day of the Saratoga meet. Out of SP Issues (Awesome Again), the $335,000 FTKSEL buy is a half-sister to champion and five-time Grade I winner Accelerate (Lookin at Lucky); SW & GISP Daddy D T (Scat Daddy); and SW & GSP Amarish (Scat Daddy). Bill Mott also saddles a first timer with a big pedigree in Summer Wind homebred Handbelle (Tapit). Summer Wind's Jane Lyon went to $800,000 for Amazing Belle (Midnight Lute) with this filly in utero at the 2018 FTKNOV sale. Amazing Belle is a daughter of MGSW Queenie Belle (Bertrando), who is also the dam of GI Breeders' Cup Ladies Classic heroine Unrivaled Belle (Unbridled's Song). That millionaire mare topped the 2016 KEENOV sale when bringing $3.8 million from Mandy Pope's Whisper Hill Farm. She was carrying a full-sibling to her two-time champion daughter Unique Bella (Tapit) at the time. TJCIS PPs

'TDN Rising Star' FLIGHTLINE (Tapit) makes his long awaited second start Sunday while facing older at Del Mar. The $1-million FTSAUG buy dazzled the racing world when running away to a 13 1/4-length tour de force in his six-panel debut at Santa Anita Apr. 24, earning a gaudy 105 Beyer Speed Figure. The bay was originally being aimed for a race at the start of the Del Mar meet, but was thrown off course by a foot abscess and instead landed here. He has been working well in preparation for this first try against winners, most recently breezing five furlongs in :59 3/5 Aug. 30 (3/44). Bred by Jane Lyon's Summer Wind Farm, which retained a piece of the colt, Flightline is out of GSW & MGISP Feathered (Indian Charlie), who Lyon acquired for $2.35 million in foal to War Front at the 2016 KEENOV sale. TJCIS PPs