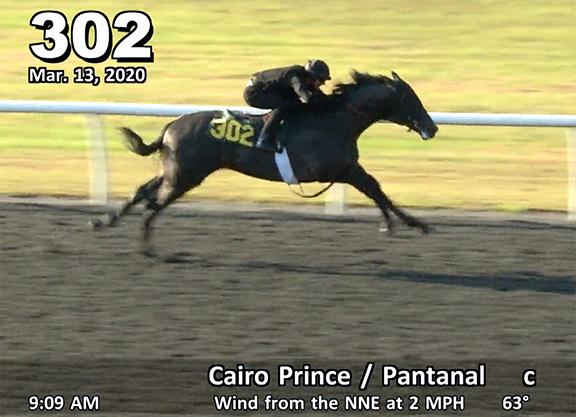 Nautilus (c, 2, by Cairo Prince–Pantanal, by Congrats) has every right to move forward with a race under his belt following a better-than-it-looked fourth on debut behind a blowout 'TDN Rising Star' performance from Cazadero (Street Sense) at Churchill Downs May 29.

Drawn on the fence in that five-furlong affair, the $130,000 OBS March breezer (:10) was quickly outsprinted while under a ride and raced in tight quarters heading into the far turn. With his work cut out for him as they turned for home, he ran on nicely with late interest once steered into the clear on the outside by John Velazquez to finish a length behind the third-place finisher.

“We knew he wanted longer, but thought he would get a lot of out of the race,” Kumin said. “It was a tough post for a 2-year-old with not a lot of speed and I thought he got a good education. We'll run him back June 27 at Churchill Downs going longer and he should be tough. Brad Cox likes him.”

The gray is named after The Nautilus, a restaurant located in Nantucket, Massachusetts. Kumin is also an investor in the eatery.

“The owners of the restaurant all watched the race and are excited about the horse,” Kumin added.