Second Chances: Godolphin Homebred Spelterini One to Watch at the Spa 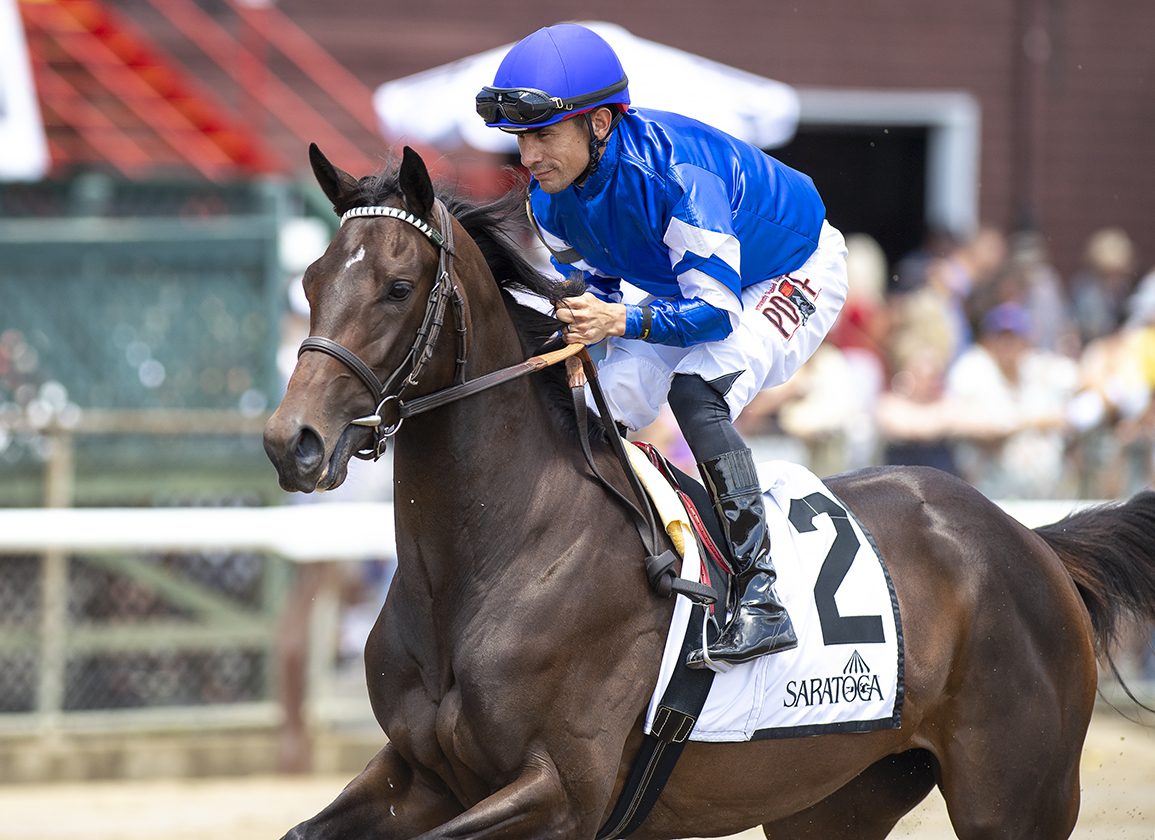 It's admittedly very early days, but one of the more promising 2-year-olds to debut thus far at the prestigious Saratoga meeting didn't even get her picture taken.

Last of six after a slow start from her inside draw, the 13-1 shot was ridden along by Junior Alvarado to keep pace while saving ground up one spot in fifth through an opening quarter in :22.54.

Appearing to have her work cut out for her in that same position approaching the quarter pole, she was tipped out widest of all in the five or six path as they straightened for home and came rocketing down the center to finish within a half-length of the front-running, second-time starter Half a Chance (Flatter). It was another length back to heavily favored Todd Pletcher-trained first-time starter and $475,000 FTFMAR graduate Chocolate Gelato (Practical Joke) in third.

Spelterini, trained by Hall of Famer Bill Mott, earned a very respectable 78 Beyer Speed Figure for the effort in the 5 1/2-furlong affair.

“We were very pleased with how she ran, especially with the winner having had a start already,” Godolphin Director of Bloodstock Michael Banahan said.

“She didn't break all that well, but got a good educational run out of the race and ran strong through the wire. Couple of jumps after the wire and she was out in front. We liked her. She'd been training well. We were hoping for a good run. You just never know with those 2-year-olds, especially at Saratoga. We look forward to getting her back into a maiden later on in the meet and hopefully we can take another step forward.”

Out of the unplaced Smart Strike mare Keepshercool, the cleverly named bay carries the namesake of Maria Spelterini, the Italian tightrope walker who famously crossed Niagara Falls as part of a celebration of the U.S. Centennial in 1876.

The 7-year-old Keepshercool, a well-beaten sixth in the Belmont slop in her lone trip to the post, is a half-sister to GSW & MGISP Penwith (Bernardini); MGISP Centring (A.P. Indy); GISP Tranquil Manner (A.P. Indy); and Collective (Bernardini), the dam of MGSW Shared Sense (Street Sense).

“[Keepshercool] ended up hurting herself when she was in training and had to have a fracture repair of the pastern,” Banahan said.

“We liked her as a young horse as a yearling and we were hoping that she would do well. That never really worked out, but we do like the pedigree. We've had a nice bit of luck in there. It's a family that we've done well with.”