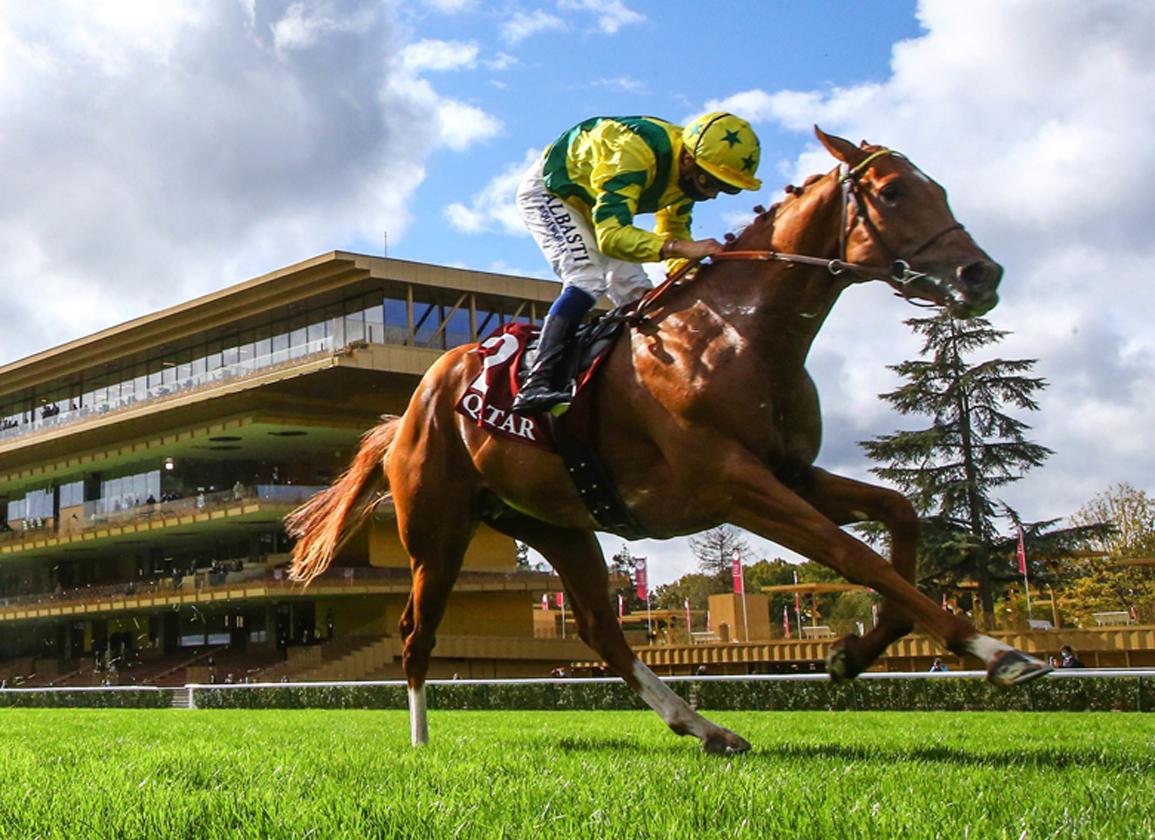 Sealiway (Fr) (Galiway {GB}) will begin what connections hope is the start of a “big international campaign” in the US$20-million G1 Saudi Cup on Feb. 26.

It will mean a switch to dirt for the last-out G1 QIPCO Champion S. winner–trained by Cedric Rossi–but with the race elevated to Group 1 status in just its second year and maintaining its position as the most valuable in the world, the positives far outweigh the negatives.

A top-level winner as a juvenile, Sealiway finished second to St Mark's Basilica (Fr) (Siyouni {Fr}) in the G1 Prix du Jockey Club and returned from a mid-season break to claim a fine fifth in the G1 Prix de l'Arc de Triomphe before his famous success at Ascot.

He is owned by Guy Pariente and the Chehboub family under the guise of their stud, Haras de le Gousserie, and racing manager Pauline Chehboub said: “He had a brilliant season, just as we hoped.

“It was a great run behind St Mark's Basilica in the Prix du Jockey Club, and he then ran a nice race in the Arc before that huge performance in the Champion S. We always believed he was a top-class horse, and he showed his talent at Ascot. The best is yet to come with him.

“It wasn't a surprise for us [winning at Ascot], he was in very good form after the Arc. He was the best 2-year-old in France after his win in the Lagardere and he proved after Ascot that he was the best 3-year-old. It was a crazy day, very emotional. We were so pleased with him, he's very special.”

Following the Ascot win. the international races at Hong Kong had been mooted but it was decided that the Saudi race was a better fit.

“It wasn't easy to say no to Hong Kong,” said Chehboub.

“He improved a lot on Champions Day and came out of the race very well. We all looked at the programme book with my father and co-owner and breeder Guy Pariente, and we thought the Saudi Cup was a good target.

“We are planning a big international campaign,” she added.

“We're not sure exactly where yet but there is the Arc in October and I'm sure we'll be going back to Ascot at some point. The first thing is Saudi, we'll make a plan after that. We think 2022 is going to be a very big year for Sealiway.”

It is always a big task for top-class turf horses to prove as effective on a dirt surface but last year's winner Mishriff (Ire) (Make Believe {GB}) showed it can be done.

“Sealiway works on the sand in the mornings and he's very impressive on it,” said Chehboub. “We think it will suit him well, we don't think it will be a problem. He is a very flexible horse. He has a lot of speed and we saw in the Arc that he can stay. We are confident he can adapt to different distances and tracks.

“We love a challenge. It's very exciting to be a part of a race like the Saudi Cup and to meet all those great horses from America and Japan. Mishriff won it this year and he's one of the best horses on turf in Europe, so it shows that it's possible.”