Schnell Meister Looks To Bounce Back in Yasuda Kinen 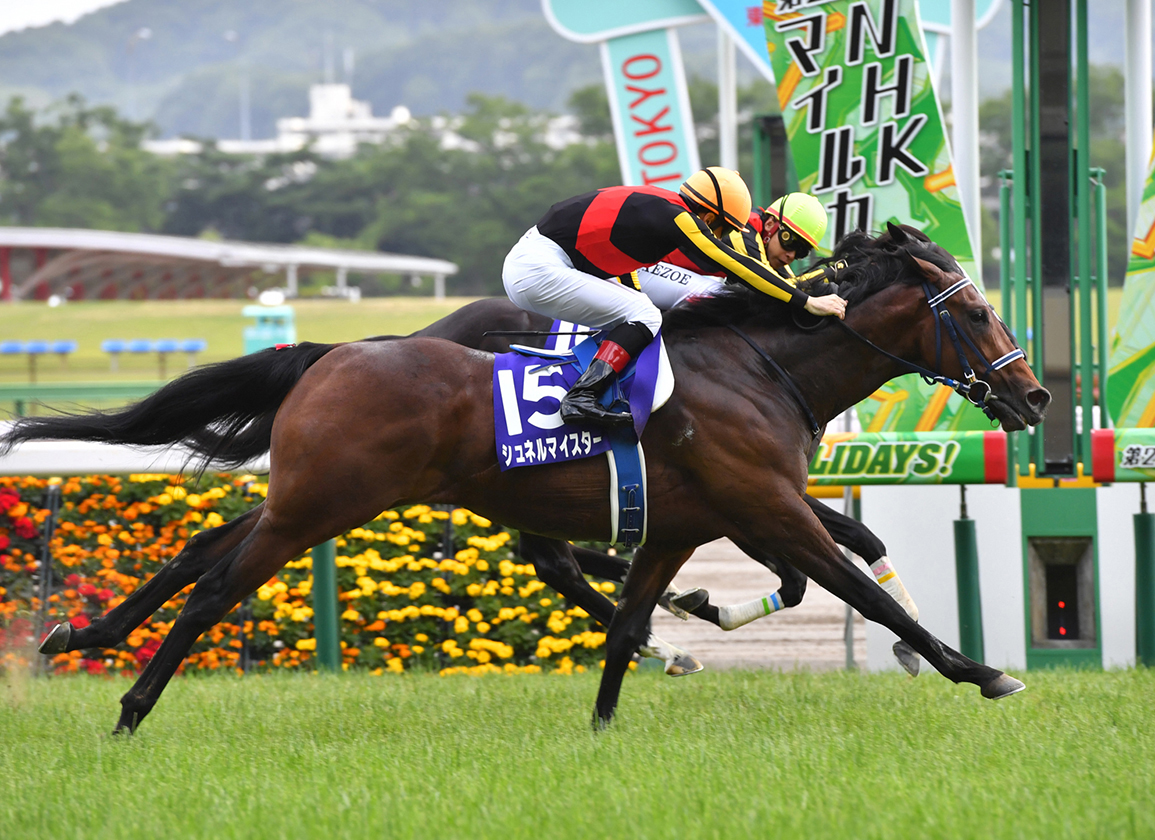 So strong and so accomplished are the 18 runners signed on for Sunday's G1 Yasuda Kinen that Vin de Garde (Jpn) (Deep Impact {Jpn}), who went this close to winning the G1 Dubai Turf on a magical evening for Japan this past March, is no better than a 30-1 roughie in early wagering. Seventeen others, including four females, will head to the post for the country's premier spring mile event, which offers the winner a fees-paid berth into the GI Breeders' Cup Mile at Keeneland Race Course in Lexington, Kentucky, in early November.

After besting Songline (Jpn) (Kizuna {Jpn}) in the age-restricted G1 NHK Mile Cup at this course and distance last May, Schnell Meister (Ger) (Kingman {GB}) was a cracking third to Danon Kingly (Jpn) (Deep Impact {Jpn}) and the enormously talented Gran Alegria (Jpn) (Deep Impact {Jpn}) in this event before turning the tables on Danon Kingly in the G2 Mainichi Okan over 1800 metres in October. He found only Gran Alegria too strong in the G1 Mile Championship in November, but was a highly disappointing eighth in the Dubai Turf on seasonal debut Mar. 26.

“The results were unfortunate in Dubai,” said trainer Takahisa Tezuka. “They weren't representative of his ability. After the race, I sent him to the farm for two months. He recovered right away, and things have all gone smoothly since returning to the stable. His physique has changed since he turned four and he's much more of a miler now. The change to the Tokyo 1,600 meters should be a plus.”

4c SCHNELL MEISTER (Kingman) didn't show up in Dubai where he should have been winning.

Forget it happened, they have reset him and he is flying.

Fine Rouge (Jpn) (Kizuna {Jpn}) was narrowly beaten in the G1 Shuka Sho going 10 furlongs last October, but has a pair of strong efforts at the mile under her belt this term. Second to the in-form Elusive Panther (Jpn) (Heart's Cry {Jpn}) when blocked at a crucial stage of the G3 Tokyo Shimbun Hai at headquarters Feb. 6, the bay bobbled when about to commence her rally in the sex-restricted G1 Victoria Mile May 15 and could not quite reel in the classy Sodashi (Jpn) (Kurofune {Jpn}).

“She hasn't been able to give it all she has in her last two starts, but she's run consistently,” said Yu Ota, assistant to trainer Tetsuya Kimura. “I think she can compete well against male horses. If she can go to the gate in good shape and get a smooth trip, things should go well.”

Elusive Panther was having his first run of the season in the Tokyo Shimbun Hai and carries a four-race winning streak overall into what is clearly his toughest task to date.

Soul Rush (Jpn) (Rulership {Jpn}) has a similarly progressive profile to Elusive Panther and while it appears he handles any underfoot conditions, he does seem to up his game when there is juice in the ground. The dark bay rattled home from third last to run down Ho O Amazon (Jpn) (King Kamehameha {Jpn}) in the Apr. 24 G2 Yomiuri Milers Cup at Hanshin over a course listed as good, but which appeared to be easier than that.

Cafe Pharoah (American Pharoah), a two-time winner of the G1 February S. on the local dirt track, tries the grass for just the second time in his career, while dual Group 3 victress Lotus Land (Point of Entry) stretches back out to arguably her best trip, having attacked the line to be runner-up to Naran Huleg (Jpn) (Gold Allure {Jpn}) in the six-furlong G1 Takamatsunomiya Kinen Mar. 27.

He's already earned a spot to #BC22 in the @Longines #BreedersCup Classic, but Cafe Pharoah is switching to turf for this weekend's #WinAndYoureIn Yasuda Kinen! 👀@JRA_WorldRacing https://t.co/utzeguzhLv