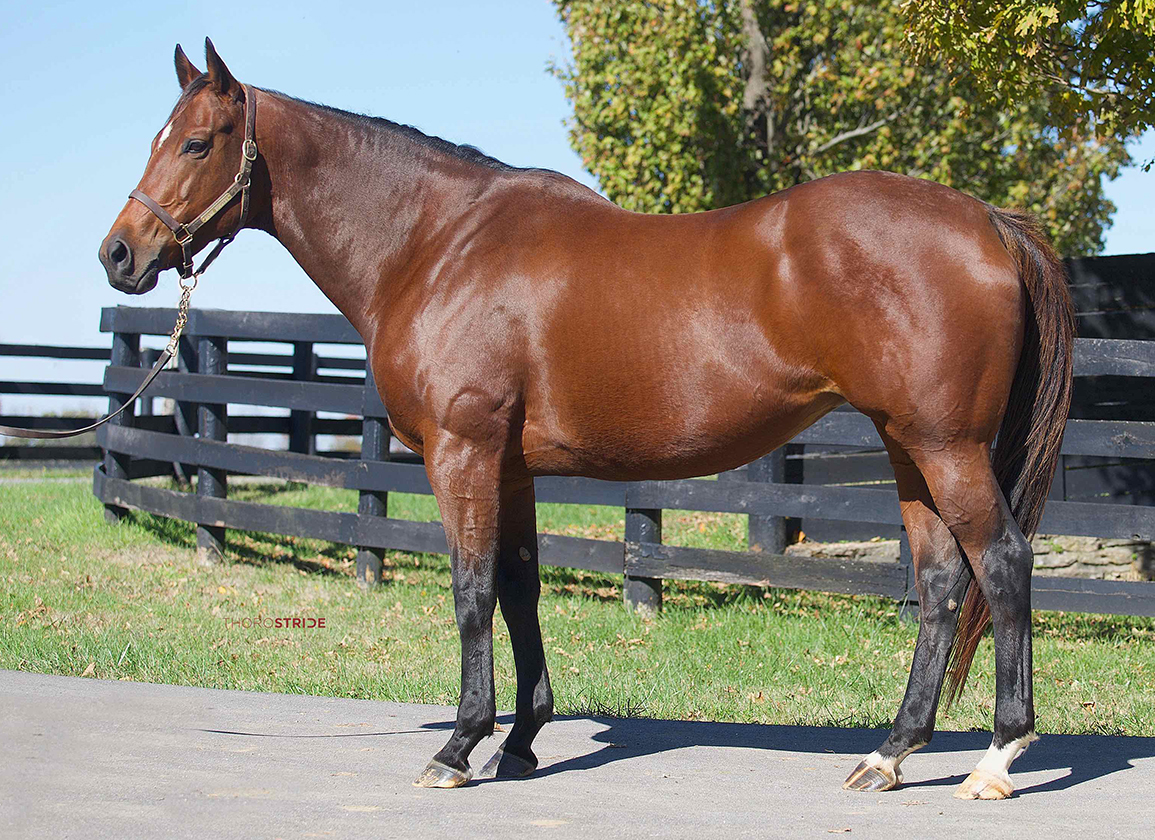 Principe d'Oro is bred similarly to Medaglia d'Oro's GISWs Plum Pretty, Bolt d'Oro and Dickinson, who were produced by daughters of A.P. Indy.