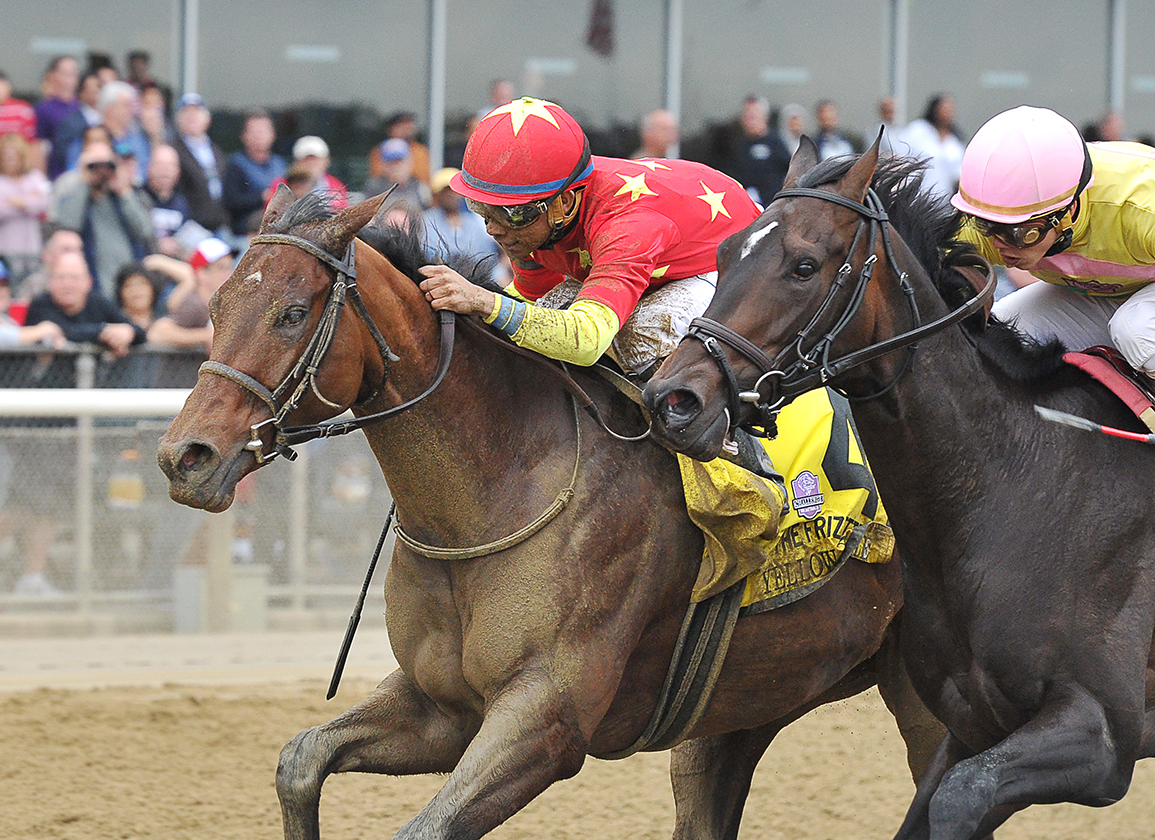 9th-GP, $60K, Msw, 3yo, 1m, post time: 4:38 p.m.
GASOLINE (Curlin) debuts Saturday for owners Harrell Ventures LLC and China Horse Club and trainer Todd Pletcher. The homebred son of leading sire Curlin, who gets 13% debut winners, is the first foal out of Yellow Agate (Gemologist), winner of the GI Frizette S. to cap an undefeated juvenile season. The China Horse Club purchased Yellow Agate as a yearling for $210,000 from the 2015 Keeneland September Sale and campaigned her throughout her racing career. She has since produced two fillies and one colt, all by Quality Road. Gasoline went through the 2020 Fasig-Tipton Selected Yearlings Showcase, but did not meet his reserve at $435,000. Harrell Ventures appears to have bought in after that.

Breaking just to Gasoline's outside is another Todd Pletcher firster by Curlin, the perhaps appropriately named Bright Future. Purchased for $350,000 at the 2020 Keeneland September sale by Repole Stable and St Elias Stable, the chestnut colt is the second foal and first to race out of the SW and GSP Sophia's Song (Bellamy Road).

Also of note is the Bill Mott-trained newcomer Dual Threat (Into Mischief). His dam, a daughter of Thunder Gulch out the GSW Golden Gale (Summer Squall), was winless herself but has produced three winners from four to race including GSP Fleetwood (Munnings) and SW Cakewalk (Majesticperfection). Second dam Golden Gale (Summer Squall) took the 1996 GII Beaumont S. TJCIS PPs