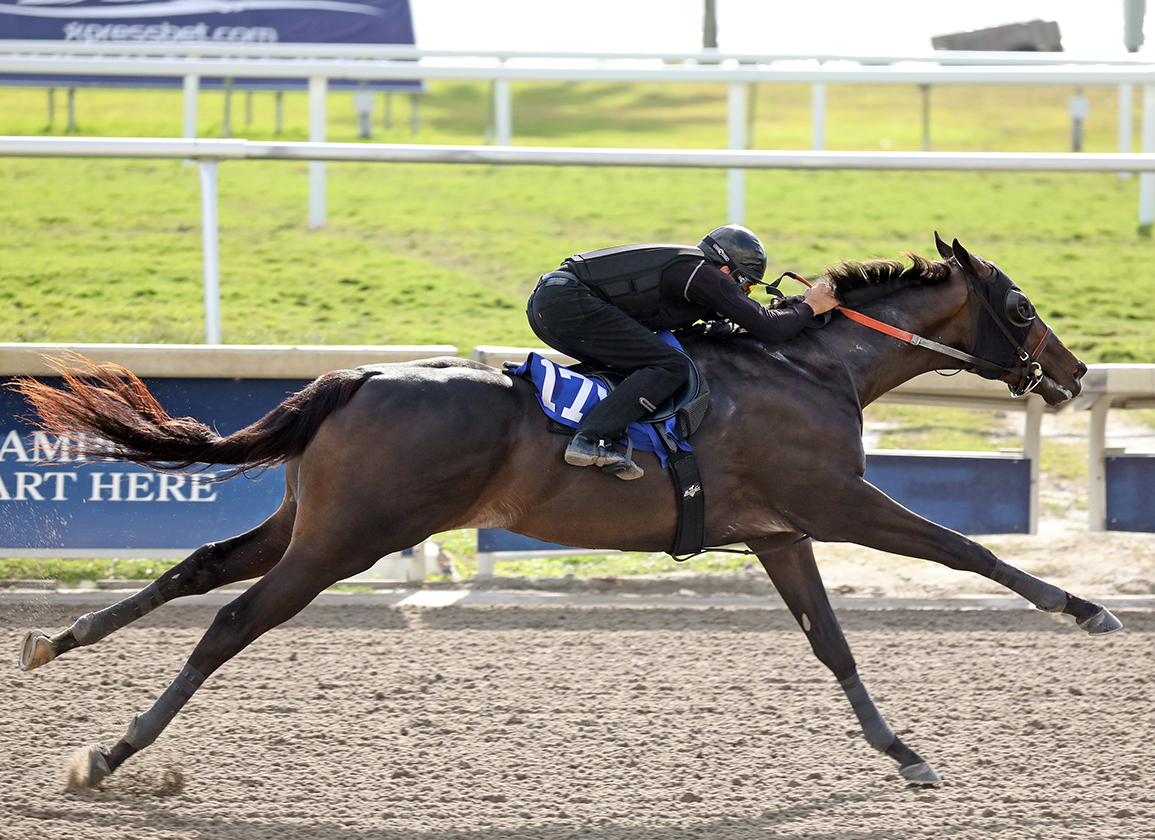 1st-GP, $45K, Msw, 3yo, 8fT, 12:45 p.m. ET
HRH Prince Sultan Bin Mishal Al Saud's HERO D'ORO (Medaglia d'Oro) gets a chance at redemption while trying the turf for the first time. A disinterested 10th in his career debut on the main track here Feb. 29, the $1.2-million Fasig-Tipton Gulfstream graduate gets the services of Irad Ortiz Jr. for this return. Out of After Thought (Fusaichi Pegasus), the Chad Brown trainee is a half-brother to a pair of stakes winners on the turf–Annulment and Youngest Daughter. This is the family of Grade I-winning turf mare Centre Court (Smart Strike). TJCIS Pps

7th-OP, $61K, Alw, Opt. Clm. ($100K), 3yo, f, 8.5f, 4:16 p.m. ET
GAMINE (Into Mischief) was heavily backed at 1-9 in her career debut at Santa Anita Mar. 7, and did not disappoint, rolling home a 6 1/4-length winner and becoming a TDN Rising Star in the process. Secured for a sale topping $1.8 million by Michael Lund Petersen at last year's Fasig-Tipton Midlantic 2-year-old sale, she previously brought a $220,000 final bid from Brad Grady's Grand Oaks at Keeneland September. Out of SP Peggy Jane (Kafwain), she hails from the family of Canadian champion Dynamic Sky (Sky Mesa). John and Iveta Kerber and Jon Lapczenski's AIN'T NO ELMERS (Goldencents) draws in off the also-eligible list in her first start since a TDN Rising Star-earning nine-length romp sprinting six panels at the Fair Grounds Mar. 18. In her career debut for Bret Calhoun, she went wire-to-wire over that track and trip Feb. 15. The winner's dam is responsible for the 2-year-old colt Mr. Wireless (Dialed In) and a yearling filly by the same sire. TJCIS Pps