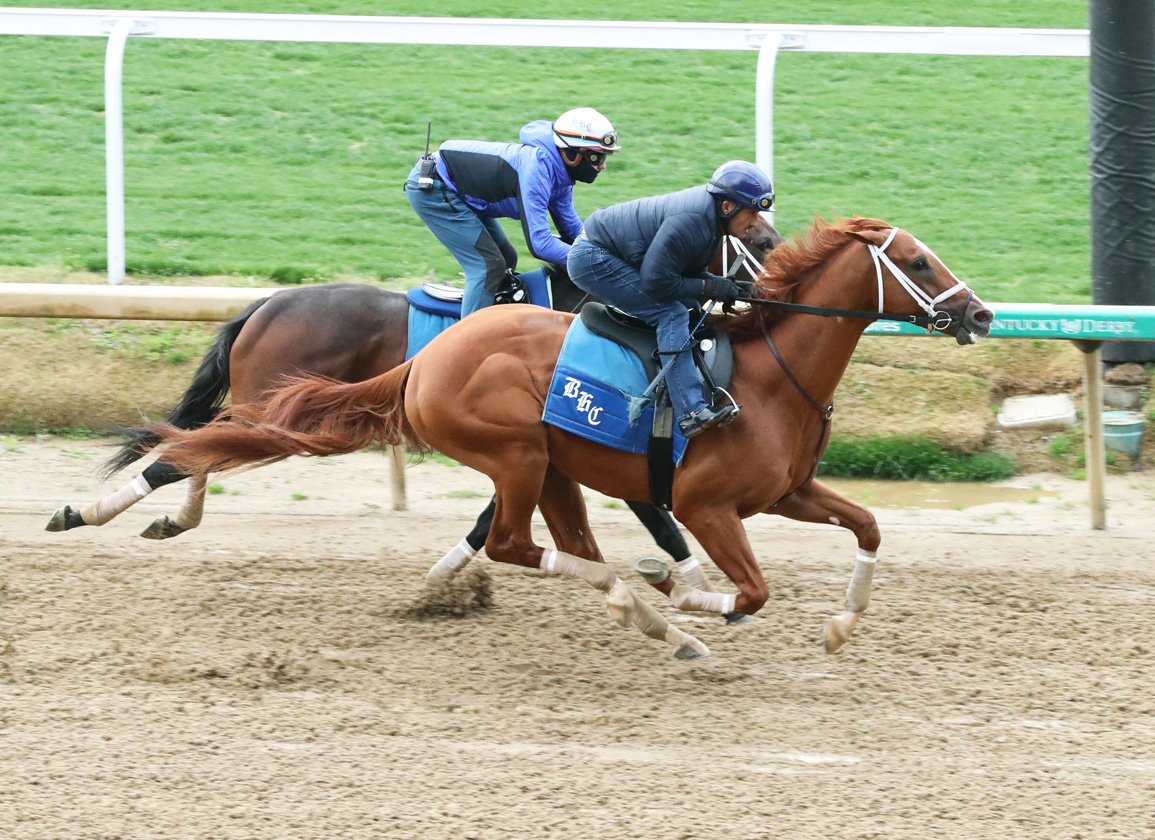 “I thought he looked great,” said trainer Brad Cox. “He's done well at Churchill in the past and really likes it here.”

About 90 minutes earlier, Magdalena Lessee's GIII Jeff Ruby Steaks S. winner Tiz the Bomb worked with jockey Brian Hernandez Jr. in the irons. He recorded an opening quarter-mile in :24.20 and galloped out five furlongs in 1:01.20.

Moments later, exercise rider Masa Matsuda breezed Teruya Yoshida's G2 UAE Derby winner Crown Pride six furlongs from the half-mile pole. The duo easily completed opening fractions of :14.60, :28.20, :54 and 1:06.20. Crown Pride steadily picked up his work around the turn and onto the backside before completing his move through seven furlongs in 1:32.40.

“I was hoping to see just what I saw,” trainer Shug McGaughey said. “She does not need a whole lot. She is coming off a race two weeks ago. [The time and the gallop out] were just what I was looking for. So far we are right on track.”

Tsunebumi and Sekie Yoshihara's Yuugiri (Shackleford), winner of the GIII Fantasy S., covered four furlongs in :50 at Keeneland with trainer Rodolphe Brisset aboard.

“You could see it a lot of times when horses would come here from Florida with the change in the air, the change in the weather that they would just blossom, and you can see it,” Brisset said. “She is doing that, and I am very pleased with her.”

Slow Down Andy (Nyquist), winner of the GIII Sunland Derby, will miss the Kentucky Derby after recently spiking a temperature, according to a report in Horse Racing Nation.