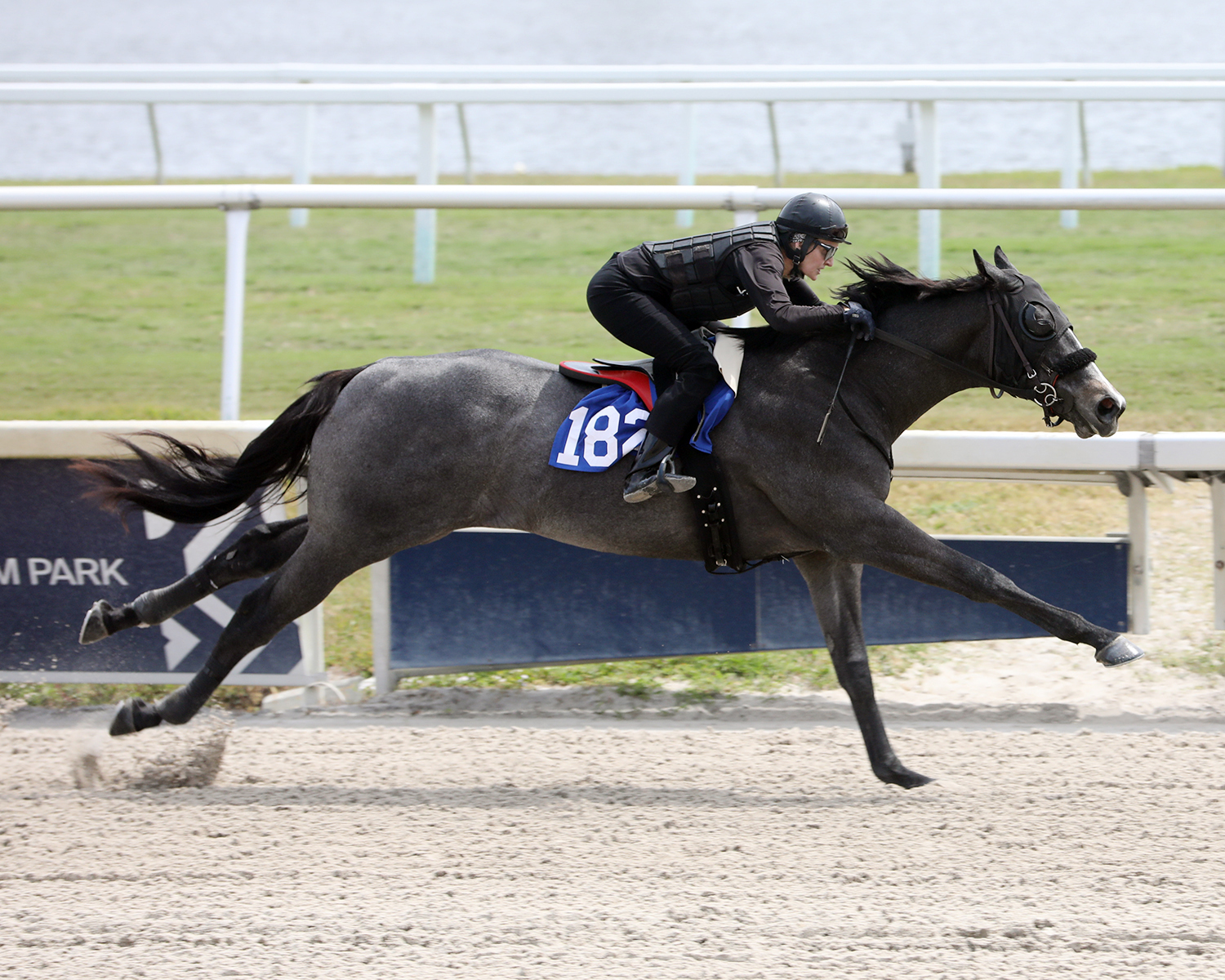 2nd-SAR, $100K, Msw, 2yo, 6f, post time: 12:08 p.m. ET
Produced by a half-sister to GSW Doremifasollatido (Bernstein) and GSW Fortunate Damsel (Runaway Groom), STEINBECK (Frosted) fetched $125,000 at KEESEP last year, then was hammered down for $650,000 at Fasig-Tipton's Gulfstream Sale earlier this winter after breezing a quarter-mile in :21 2/5 (see below). The price ranks as easily the most expensive of 34 second-crop juveniles for his sire in 2021. Don Adam's Courtlandt Farm was extended to $690,000 to acquire Dr. Perry (Into Mischief) at Keeneland last fall. The Mar. 5 foal is out of Not In Jest (Unbridled's Song), a daughter of GI Ballerina H. winner Stop Traffic (Cure the Blues), making her a full-sister to GISW and 'TDN Rising Star' Cross Traffic and a half to MSW Thirteen Arrows (Indian Charlie). Be Better is a homebred son of Uncle Mo, who defeated Admiral Perry by 14 1/4 lengths at first asking 11 years ago to this day before going on to GI Breeders' Cup Juvenile and Eclipse Award honors. The dark bay is out of a daughter of the late SW Grat (A.P. Indy), dam of GSW turfer Old Time Hockey (Smarty Jones). TJCIS PPs

1st-DMR, $70K, Msw, 2yo, f, post time: 5:00 p.m. ET
CAPTAIRE (Uncle Mo) draws outside in a field of six for a much-anticipated career debut Saturday 'where the surf meets the turf.' On behalf of SF Bloodstock, John McCormack went to $1.9 million to purchase Love That Chase (Not For Love) in foal to Tapit at Fasig-Tipton November in 2016, a few months before her son California Chrome (Lucky Pulpit) would add a Horse of the Year and champion older horse statuette to his champion 3-year-old Eclipse from two years prior. Love That Chase was RNAd for $1.3 million with this filly in utero at FTKNOV in 2018. Electric Ride (Daredevil) was the joint-third priciest of her sire's 28 yearlings reported as sold last season when fetching $130,000 at FTKOCT and was the dearest of 19 of the stallion's current juveniles when hammering for $250,000 at OBSAPR this spring (under-tack video). TJCIS PPs

8th-DMR, $70K, Msw, 2yo, 6f, post time: 8:35 p.m. ET
ROCKEFELLER (Medaglia d'Oro) is the second foal to make the races out of the classy Dance to Bristol (Speightstown), who posted the most important of her 10 career wins in the 2013 GI Ballerina S., besting favored Book Review (Giant's Causeway) by a head. The $750,000 KEESEP purchase squares off against Union Train (Union Rags), whose talented half-sister White Frost (Candy Ride {Arg}) was ultra-impressive in taking out the GIII Sweetest Chant S. on the turf at Gulfstream last January. Also a half-brother to MSP Torres Del Paine (Karakontie {Jpn}), Union Train realized a final bid of $325,000 at OBSMAR after breezing in :10 1/5. South Street (Quality Road) is a son of Miss Catomine (Bernardini), whose dam Sweet Catomine (Storm Cat) won the 2004 GI Breeders' Cup Juvenile Fillies and GI Del Mar Debutante en route to an Eclipse Award that season. The latter's full-sister Life Is Sweet was a winner of the GI Breeders' Cup Ladies' Classic. TJCIS PPs