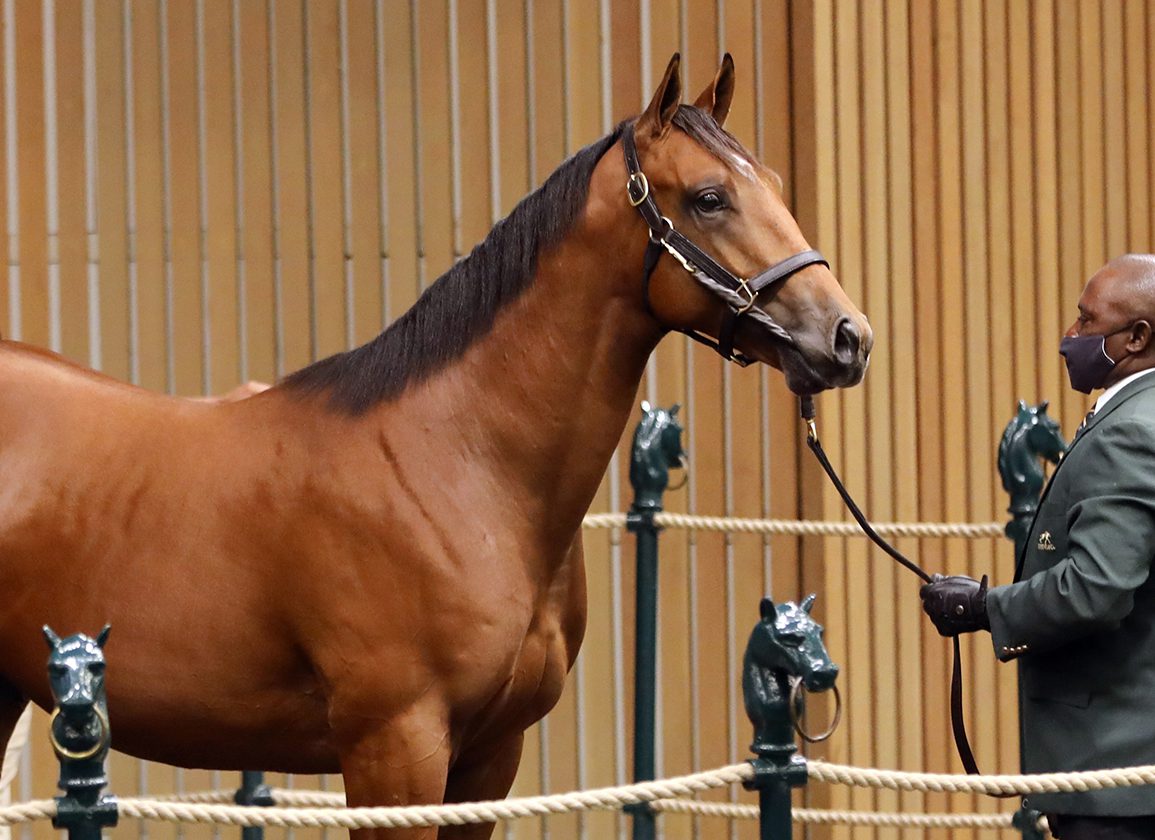 6th-SAR, $105K, Msw, 2yo, 6f, post time: 3:51 p.m. ET
A full field of 10 is signed on for this typically loaded Saturday maiden at the Spa. PHELPSY (Into Mischief) goes out for the partnership of William Lawrence, Jeff Drown and Three Chimneys Farm LLC, who gave an even $1 million for the colt through agent Mike Ryan  at last year's Keeneland September Sale. The bay is the second produce from the turf SW & GSP Secret Someone (A.P. Indy), whose SW dam Private Gift (Unbridled) bred MGSW Private Mission (Into Mischief) and the dam of GISW Dunbar Road (Quality Road). This is also the family of 2000 GI Kentucky Oaks winner Secret Status (A.P. Indy). Jay Em Ess Stable homebred Full Moon Madness (Into Mischief) is the first foal to the races for By The Moon (Indian Charlie), a Grade I winner at two and victorious in the GI Ballerina S. over this course. TJCIS PPs

6th-ELP, $60K, Msw, 2yo, f, post time: 1:50 p.m.
BOSS LADY BAILEY (Connect) hammered for a respectable $80,000 at last year's Keeneland September sale, but worked a furlong in a brilliant :10 flat and was hammered down for $550,000 at the OBS April Sale, the priciest of 14 juveniles for her sire this year. The March foal looks to become the sixth winner from as many to the races for her SW/GSP dam Special Dream (Officer), who is also responsible for the stakes-placed Momomeamaria (Quality Road). Boss Lady Bailey breezed a bullet four furlongs in :47 2/5 at The Thoroughbred Center July16. Rey Gutierrez has the ride for the white-hot John Ortiz. D J Stables' Killing Time (Gun Runner), a $420,000 KEESEP purchase, is out of an unplaced half-sister to MGSW Listen Here (Gulch) and to the Grade III-placed dam of GI Queen Elizabeth II Challenge Cup heroine La Coronel (Colonel John). TJCIS PPs

5th-GP, $45K, Msw, (S), 2yo, 6f, post time: 2:26 p.m. ET
TICKING (Bolt d'Oro), a half-brother to the excellent Maryland-bred handicap horse Harpers First Ride (Paynter), fetched $675,000 from Eddie Plesa, acting on behalf of his clients Leon Ellman, Karl Glassman and wife Laurie Plesa, after drilling a furlong in :10 flat at OBS this past April. He gets his career started in Florida-bred company here. The dark bay is out of the unraced Polyester (Tiz Wonderful), a half-sister to two-time stakes winner and 1995 GI Kentucky Oaks third Sneaky Quiet (Seeking the Gold). TJCIS PPs