Saturday BC Runners and Their Siblings and Dams Entered in KEENOV 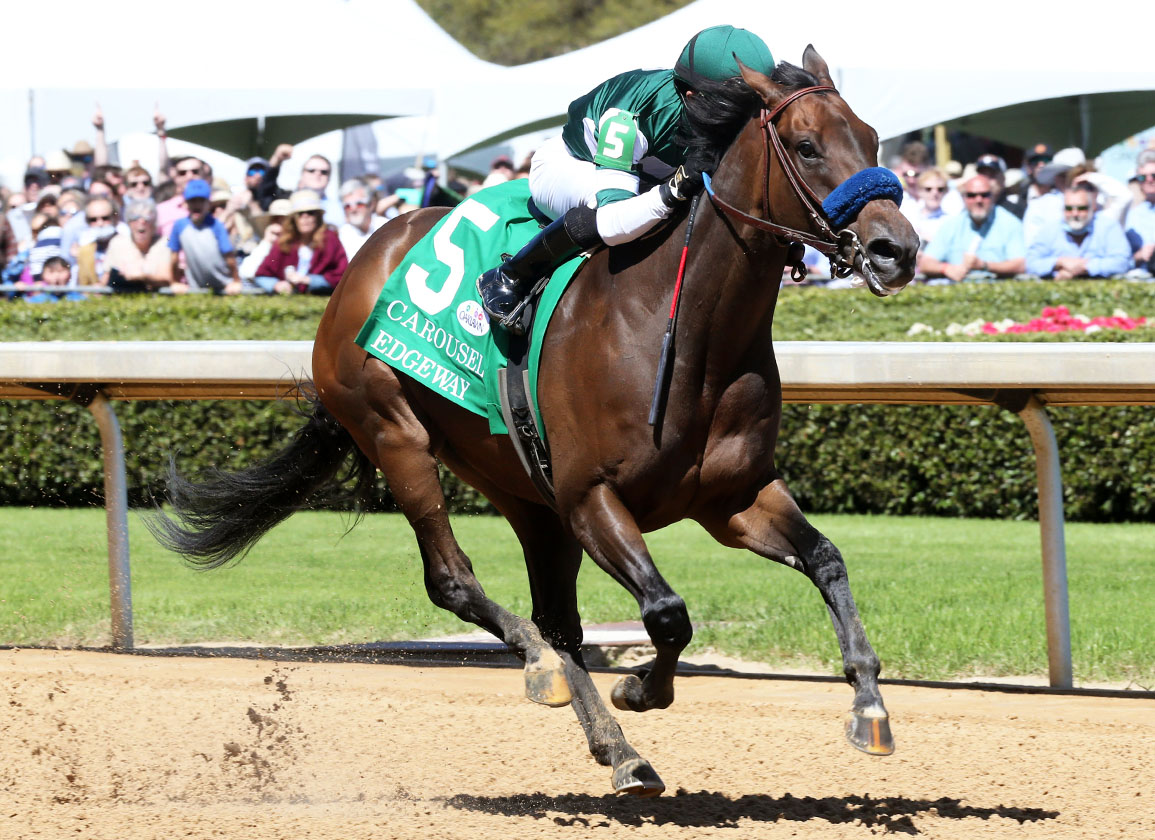 In Friday's TDN, Brian DiDonato provided a list of weanling siblings and dams of Breeders' Cup Friday contenders entered in the Keeneland November Sale. Today, Christie DeBernardis followed up with Saturday Breeders' Cup contenders, their dams and younger siblings who are set to sell at that marquee auction. As Brian said, there is no update like a Breeders' Cup update!

Hip 103 – GI Breeders' Cup F/M Sprint contender Edgeway (Competitive Edge) will head straight from Del Mar to Lexington, where she will be offered in Book 1 of KEENOV. A $275,000 OBSAPR purchase by David Ingordo, the Hronis Racing colorbearer won two of four starts last year and was second in the GIII Dogwood S. Kicking off this season with a pair of wins, including the Carousel S. Apr. 10 at Oaklawn, the John Sadler trainee checked in fourth in the July 5 GII Great Lady M S. and won this venue's GIII Rancho Bernardo H. last out Aug. 20. Edgeway faces just four rivals Saturday, but one is a champion, one is a MGISW and one is a speedy Grade I-winning sophomore on the rise. Consigned by Lane's End, the 4-year-old filly is out of SW Magical Solution (Stormin Fever), who is a half-sister to GISW The Lumber Guy (Grand Slam).

Hip 172 – Book 1 also includes another Breeders' Cup runner in GI Breeders' Cup Turf Sprint contender Charmaine's Mia (The Factor). The bay kicked off her 5-year-old season with a trio of victories in the Jan. 9 GIII Las Cienegas S., Feb. 20 GII Buena Vista S. and Apr. 3 GII Royal Heroine S. She was off the board in her last three starts, most recently finishing eighth against males in the GII Eddie D S. Oct. 1. Privately acquired at the end of last season, Charmaine's Mia was campaigned by Agave Racing Stable, Medallion Racing and Rockin Robin Racing Stables with trainer Phil D'Amato. The daughter of SW Charming Vixen (Bernstein) is part of the Taylor Made consignment.

Hip 175 – Selling just five hips after Charmaine's Mia is the unraced Achalaya (Bellamy Road), who is the dam of GI FanDuel Breeders' Cup Mile entrant Casa Creed (Jimmy Creed). Out of MGSW Wild Heart Dancing (Farma Way), the 9-year-old mare is a half to stakes-placed Unbridled's Heart (Unbridled's Song) and Leopard Rock (Speightstown). A $4,000 FTKFEB purchase in 2015, Achalaya's first foal was Casa Creed, a $105,000 KEESEP buy turned GI Jaipur S. winner and now Breeders' Cup contender for Bill Mott. She summoned $8,500 from Stonestreet carrying her second foal by Liaison at the 2017 OBSWIN sale. The dark bay was sent back through the same auction the following year carrying her third foal by Stonestreet's Jess's Dream, who is now Grade III winner Chess's Dream, and brought $15,000 form Trackside Farm. Achalaya RNA'd for $195,000 in foal to Distorted Humor at the 2019 KEENOV sale. The resulting foal was a colt and she had a colt by Omaha Beach this year. Achalaya is offered by Gainesway in foal to Horse of the Year Authentic.

Hip 3519 – On the second-to-last day of the sale, which is the third day of Book 5, buyers will have the chance to buy the full-sister to Breeders' Cup F/M Sprint contender Proud Emma (Include). Texas breeders Eric and Randi Moreau-Sipiere purchased their unraced dam Debutante Dreamer (Proud Citizen) for just $2,500 at the 2017 KEENOV sale. Proud Emma won the GIII Bayakoa S. in December and is winless in four starts this year, but finished second to Edgeway in the Rancho Bernardo. She enters the World Championships off a fourth in the GIII Chillingworth S. Oct. 3. The dark bay weanling filly is part of the Ballysax Bloodstock consignment.