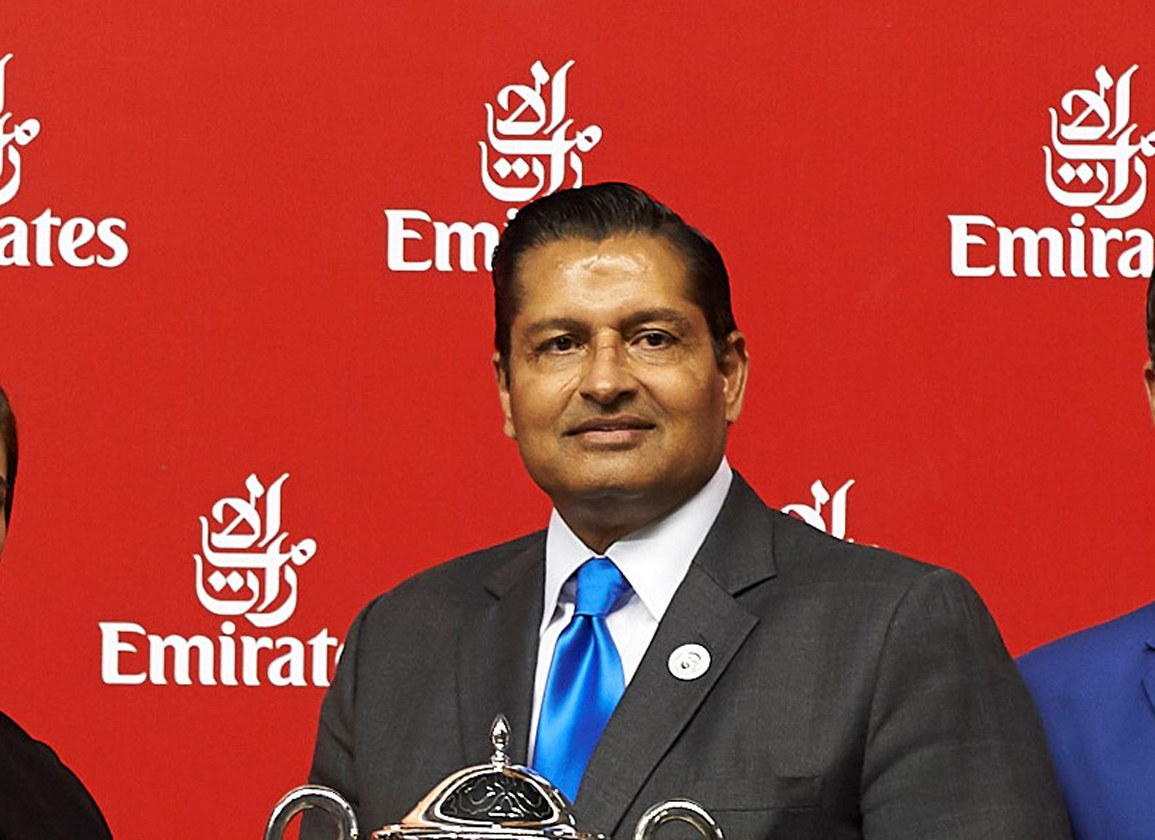 Trainer Satish Seemar has had his license temporarily suspended by the Emirates Racing Authority Stewards due to circumstances surrounding his association with owner Ramzan Kadyrov.

Kadyrov, the Head of the Chechen Republic, was added to the U.S. Department of the Treasury's Office Of Foreign Assets Control (OFAC)'s list for his record of serious human rights abuses in 2017. Seemar, who trained the 2018 G1 Al Maktoum Challenge Round 3 victor North America (GB) (Dubawi {Ire}) for Kadyrov, was put on the list due to his connection with Kadyrov on Dec. 10, 2020.

“The status of Mr. Seemar's license will be reviewed by the ERA upon the resolution of his status with the United States Government,” the ERA said in a statement.

Seemar's string based out of Zabeel Stables will in the meantime be handled by his assistant, Bhupat Seemar.

“I have been informed by the Emirates Racing Authority that they are suspending my license temporarily, with immediate effect,” Seemar said in statement. “This is due to one of my former clients [Kadyrov] being included on the United States OFAC list. I have been placed on the list due to training the horse.

“The horse in question, North America, is no longer in training at Zabeel Racing Stables, and has been exported from the UAE. My case has been submitted to lawyers in Washington DC and I am confident my name will be removed from the list in the near future.

“Bhupat Seemar will be holding the license until further notice and he and the excellent team at Zabeel Stables will endeavor to uphold the high standards we have maintained throughout the past 30 years.”

OFAC said of Seemar at the time of his designation, that he “has materially assisted, sponsored, or provided financial material, or technological support for, or goods and services to or in support of, Kadyrov.”