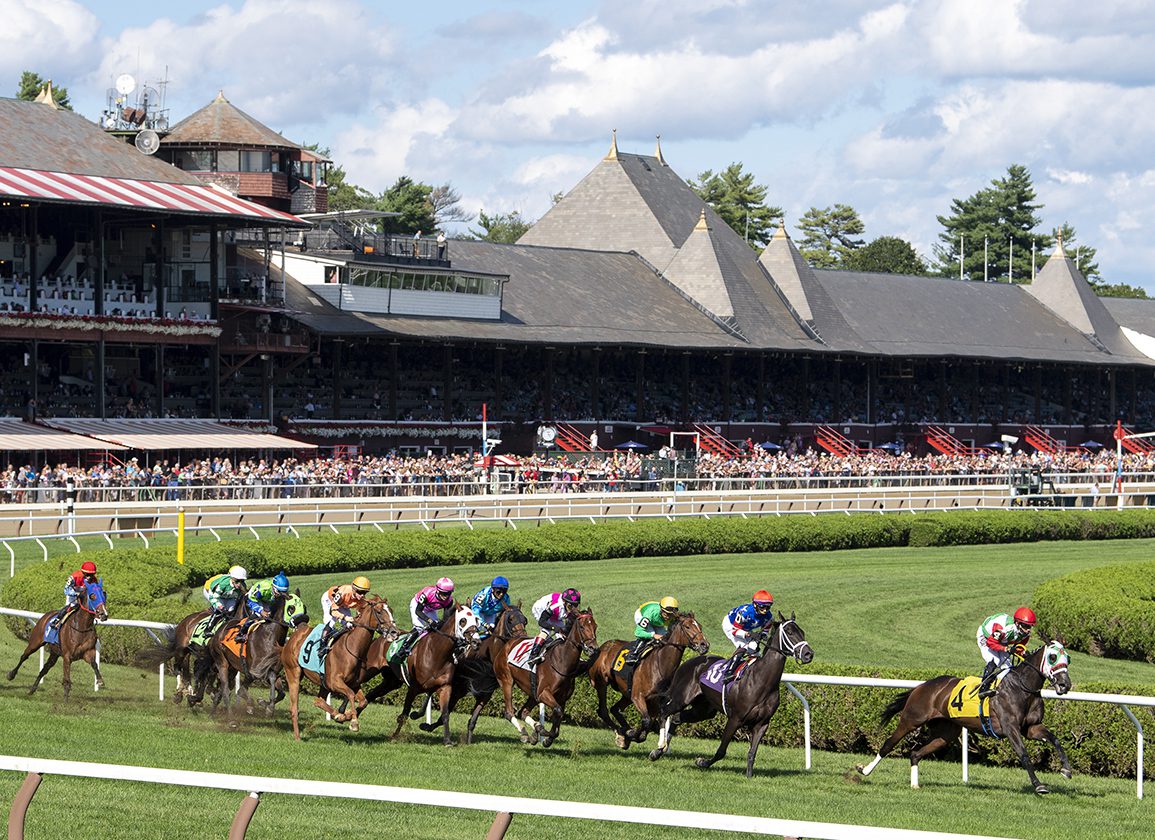 Saratoga's seventh race Sunday, a 1 1/16-mile turf event for maiden juvenile fillies, was declared a no contest after a mechanical issue with the starting gate tractor caused an outrider to attempt to stop the field on the backstretch (click for replay). While the starting gate was ultimately moved in time and the majority of runners finished the race, several were pulled up prematurely.

Towhead (Malibu Moon), a third-time starter stretching out off a pair of on-the-board efforts on the Churchill dirt and part of a 5-1 entry, battled back to narrowly best buzzed-about Chad Brown firster Idea Generation (Ire) (Dubawi {Ire}) in a posted time of 1:44.15.

“Ensuring a safe racing environment for jockeys and horses is paramount,” said Pat McKenna, Vice President of Communications for NYRA. “Our outriders are highly skilled and experienced professionals who made a swift decision today based on concern for the safety of the jockeys and horses in the heat of competition.”

All wagers starting in race seven were refunded. Consolation payouts were made for the daily double ending in that race, and the race was treated as an “all” for other multi-race wagers.