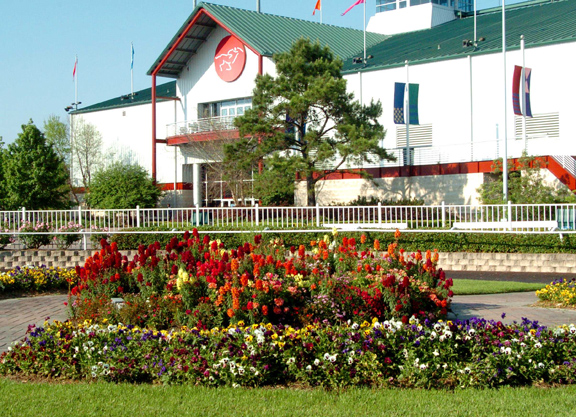 The past several years have been tough ones for the Texas racing industry, but when Sam Houston Race Park opens its 2020 meet Friday, it will mark a turning of the page for racing in the state. With the Texas government funneling $25 million into racing this year, Sam Houston's purses will more than double and management expects a healthy bump in average field size.

“We're incredibly excited and optimistic about this meet,” said SHRP's vice president and general manager Dwight Berube. “We're the first batter up among the Texas tracks. We have already taken entries for the first two nights of racing. We were able to card 10 races for both Friday and Saturday. We haven't been able to card 10 races in a few years because of a lack of horses. And we have 10 horses per race. It's exciting to have full fields again. There is great interest from the trainers, and it is coming together the way we hoped it would.”

Sam Houston, Lone Star and Retama Park have had to make due without any form of casino subsidies since Texas legalized pari-mutuel wagering on racing in 1993. With every neighboring state receiving purse subsidies from casinos, the Texas tracks could not keep up with the competition. The results were small purses, poor racing and an gloomy outlook when it came to the future.

“Texas racing had been on death's doorstep for a very long time,” said the nation's leading trainer, Karl Broberg, whose massive stable includes a Texas division. “They finally came up with this idea and it is going to be a huge blessing for people in the business.”

The Texas tracks thought they had the answer to their problems when the Texas Racing Commission ruled that the tracks could add historical racing machines to their wagering menu. But, in 2016, the racing commission reversed that decision after key politicians voiced their opinion that the machines were not legal under Texas law. It was the biggest blow yet in a state that also does not allow off-track betting or residents to have advance deposit wagering accounts.

“It was an incredible struggle because we were not on a level playing field with all our neighboring states, which all had casinos or other forms of gaming,” Berube said. “Louisiana, Arkansas, New Mexico and Oklahoma, they all had some other forms of gaming that were contributing to the purses. It was a real struggle for us for a number of years.”

Berube said that since that historical racing setback, the tracks had continued to work with the state government in order to find a way to bolster the racing industry. The parties settled on the $25 million supplement.

“There have been negotiations and conversations that have been taking place for years,” he said. “The Texas racing industry has been struggling. This was something that was worked out.”

In June, House Bill 2463 was signed into law by Governor Greg Abbott. The bill diverted the sales taxes on horse feed, tack and other horse-related products into an escrow account established by the Texas Racing Commission. The fund was capped at $25 million, with $17 million of that earmarked for purses. The $17 million was cut in half, with equal portions going to Thoroughbred Racing and Quarter Horse racing. Sam Houston has about $5 million from the fund at its disposal for purses at the meet. That more than doubles the amount of purses paid out in 2019, which was $4.2 million. Last year's maiden special weight race went for $20,000. This year the purse for those races will be $36,000.

“Because of this extra money, there has been an extreme interest in our barn area,” said racing secretary James Leatherman. “We had over 100 different trainers apply for stalls where, last year, I believe the number was 65. There have been stall applications for close to 2,200 horses and last year it was around 1,400. We've taken entries for the first few days of racing and they look great. The purse increase has shown a huge spike in interest in Texas racing.”

Leatherman said all of Sam Houston's regulars are back for 2020. New trainers that were lured to the Texas track by the purse increase include Robertino Diodoro, Ron Moquett, McLean Robertson and Scott Young.

“I expect my starts will double from the previous year,” Broberg said. “They'll still struggle for entries but only because everyone struggles with entries in this day and age. It's the nature of the business right now. This is going to be a game-changer for this state.”

Sam Houston's meet runs for 39 days and concludes Mar. 28. The highlight of the meet is the Jan. 26 Houston Racing Festival, which includes the GIII Houston Ladies Classic and the GIII John B. Connally Turf S.