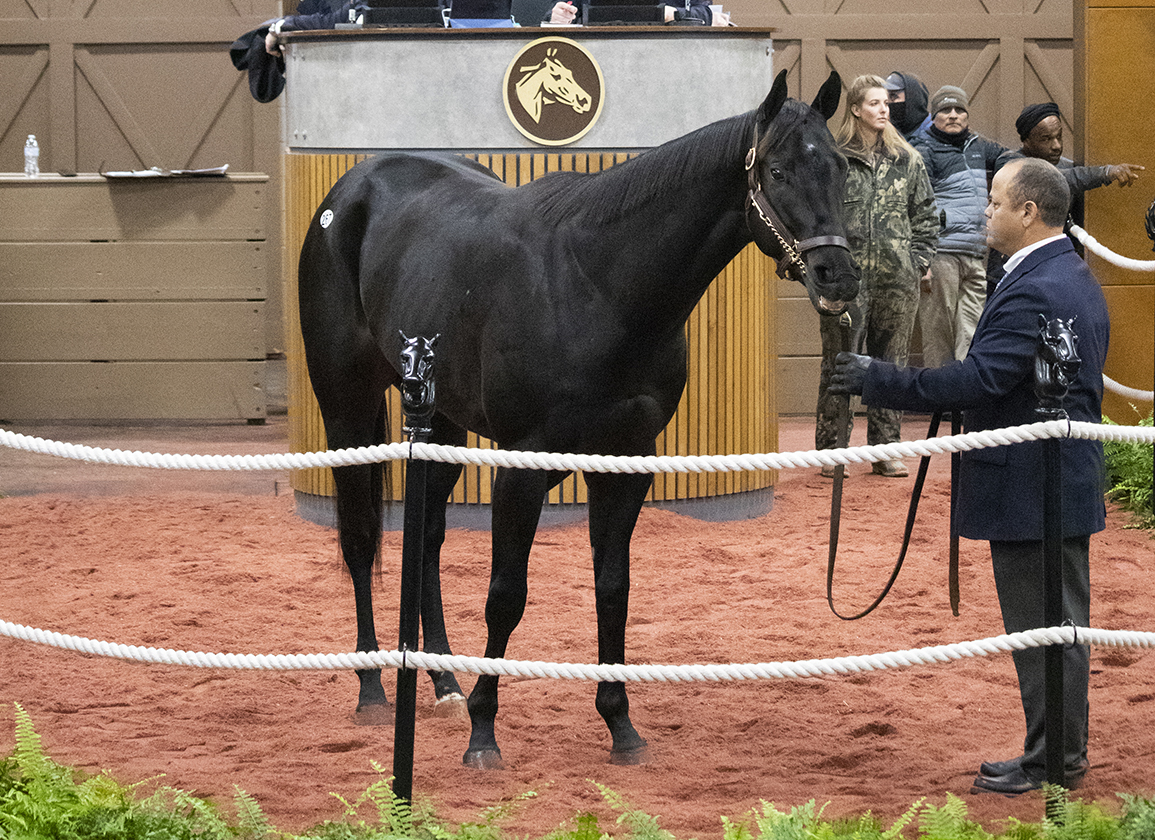 “He was purchased for a new client, Thelma & Louise Stable,” Rice said. “He is a very attractive horse. He is a half-brother to a filly that I trained, My Roxy Girl (Emcee), who has earned over $600,000 on the NYRA circuit. He ran well in both of his previous starts and should be a lot of fun for the new owners. As a maiden, he has all of his conditions, plus he is a New York-bred, which is a big bonus for us.”

As for the price, the veteran New York conditioner said, “I thought it was a fair price for the quality of this horse and the options available to him with the New York-bred and New York-sired races.”

Bred in New York by Becky Thomas' Sequel Thoroughbreds and Bill Barone's Sunny Crest Farm, Safalow's Mission was purchased by Dean and Patti Reeves' Reeves Thoroughbred Racing for $9,500 at the 2019 FTNMIX sale and was re-offered at this year's EASMAY sale, summoning $25,000 from Joseph Besecker after breezing in :10 2/5. The dark bay finished second on debut for George Weaver in a race restricted by auction price at Belmont Oct. 21 and was third next out in a state-bred event at Aqueduct Nov. 19.

When asked about the future plans for her stable's newest addition, Rice said, “We will point him towards the New York Stallions Series, likely starting with The Great White Way S. on Dec. 18 at Aqueduct.”

The New York Stallion Series is a very lucrative set of stakes races, making this gelding a very appealing prospect to many New York conditioners, including Weaver and Carlos Martin, who were two of the underbidders. The aforementioned The Great White Way S. offers a purse of $500,000. Rice won that stake with a maiden before when taking the 2018 renewal with Blindwillie McTell (Posse).

This is the third straight year that a member of Besecker's reduction of racing stock, which is handled by Northview Stallion Station's David Wade, has topped this auction. Laddie Liam (Golden Lad) led the 2019 renewal at $450,000 and Fly On Angel (Palace Malice) topped last year's auction at $195,000.

The catalogue increased dramatically this year with 401 horses entered in the sale compared to 287 in the COVID-impacted 2020. In comparison, the 2019 Fasig December Sale catalogue was comprised of 367 Thoroughbreds. A total of 260 horses changed hands in Timonium Tuesday for a gross of $3,880,100 with an average of $14,923 and median of $10,000. There were 71 horses who failed to meet their reserves.