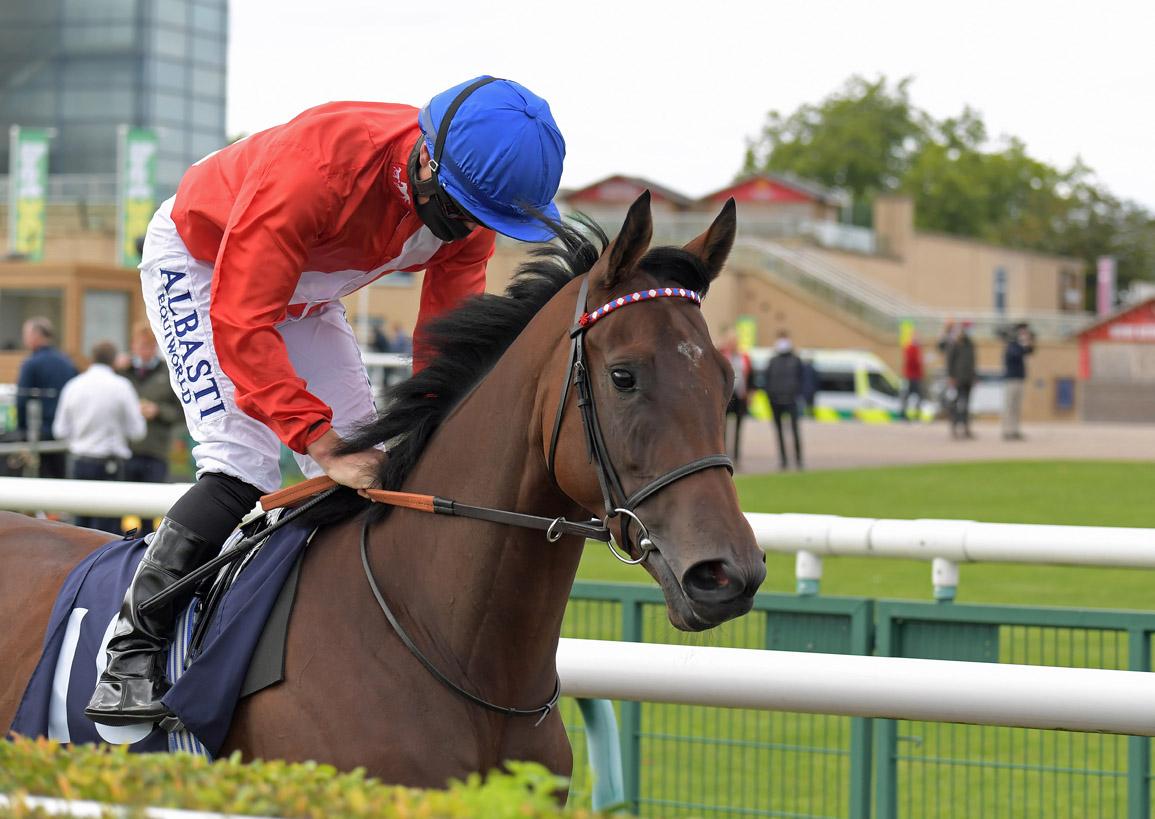 Cheveley Park Stud homebred Sacred (GB) (Exceed and Excel {Aus}) is targeting the G1 Prix de la Foret after returning to form with a win in the Aug. 14 G2 Hungerford S., but trainer William Haggas has also nominated the Breeders' Cup at Del Mar as a possibility for the 3-year-old filly who wants firm ground.

“Before the Foret the only possible is the [G2] Park S. at Doncaster, but she has to have to fast ground,” said Haggas. “Unfortunately fast ground Arc weekends are few and far between these days. I don't know whether [Cheveley Park owner Patricia] Mrs Thompson would like to travel, but the Breeders' Cup is certainly something I would consider. If she was keen on the idea then we'd go. But if she isn't then we'll wait; I think there's a chance she stays in training next year.”

Sacred has won twice over seven furlongs this season-the G3 Nell Gwyn S. and the Hungerford-either side of finishing seventh in the G1 1000 Guineas.

“Seven furlongs is the worst trip to have a good horse at; it's a pain,” Haggas lamented. “There is one Group 1 and four Group 2s, three of which fall in the same month. So you can't do them all–well, Jim Bolger might.

“There's then the Park S., and that's it. So it is a bad distance to have a good horse at, but that's the way it is. I think we'll try her over a mile again at some stage.”